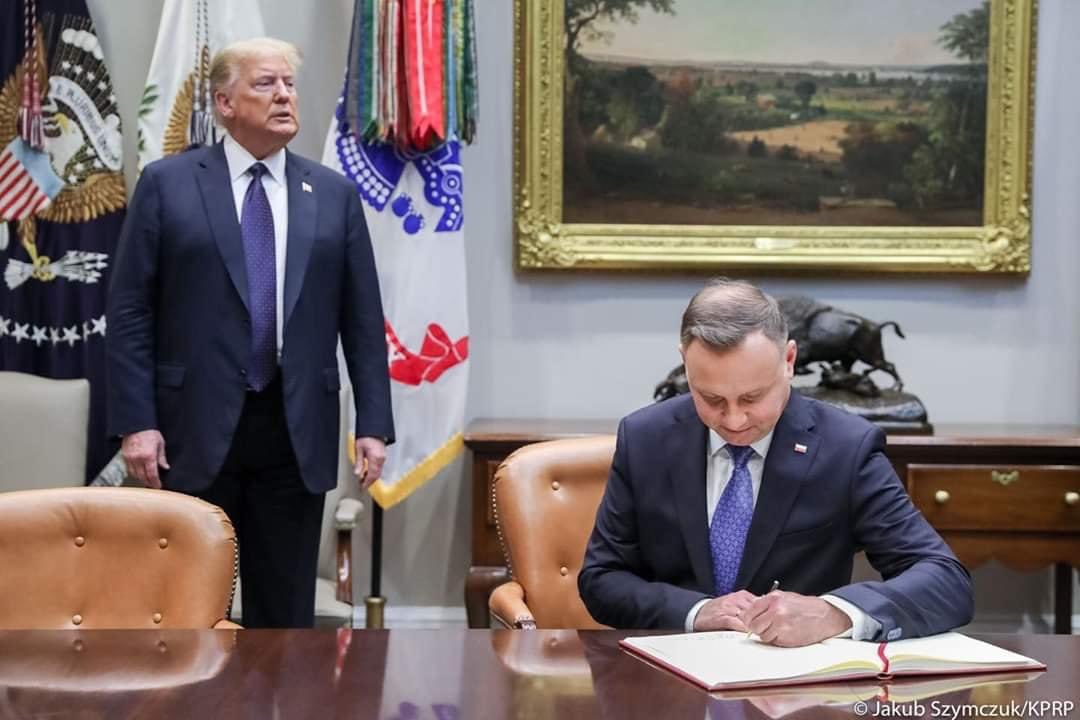 During Polish President Andrzej Duda’s visit to the White House in 2018, a photo was released in which U.S. President Donald Trump was sitting at his desk while the Polish president was standing next to him and signing a document.

The opposition and its media allies directed a wave of hate on Duda for that particular picture, claiming that Trump had shown an incredible lack of respect to the Polish head of state.

During Wednesday’s White House meeting between the two presidents, a new photo was taken by Duda’s photographer Jakub Szymczuk and quickly posted on Twitter. In the photo, Duda is sitting and signing a document while Trump is standing next to him.

The photo will undoubtedly give the opposition nightmares.

In the opinion of TVP Info experts, the new photo is the presidents’ joint response to the one from 2018. They believe it is also an answer to the wave of criticism that was directed at Duda back then.

Those social media users who remembered the unfavorable photo from 2018 are now having a ball, mocking the opposition supporters who made fun of Duda and Trump in the past

Many other also commented on Twitter threads under the newest photo, often poking fun at how the Polish opposition and media will react to it.

“The opposition’s nightmare,” wrote one user.

“Tomorrow we’ll see headlines like this for sure – Duda sat down while the elderly Trump had to stand up,” another wrote.