Poland: Duda maintains his lead in new poll but chances to win in first round are slim 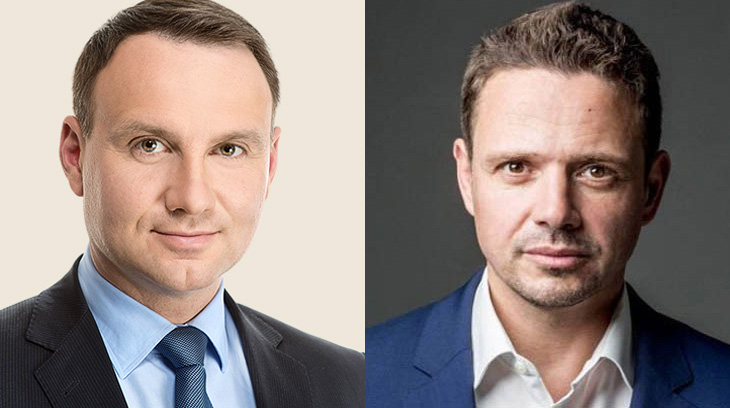 Incumbent Polish President Andrzej Duda still leads the race for president, but a first-round victory is unlikely, according to a new research poll by Social Changes for wPolityce.pl.

The poll also found that Civic Platform (PO) candidate Rafał Trzaskowski is quickly regaining the voters that his predecessor Małgorzata Kidawa-Błońska had lost.

Independent Szymon Hołownia has maintained his high level of support and can still reach the second round of elections. The remaining opposition candidates are trailing far behind with lower polling numbers.

Duda is in the lead but his chances to win in the first round of elections are slim. He currently has the support of 41 percent of voters, representing an 8-point drop since his last survey result where he scored 49 percent of the vote.

Trzaskowski, who currently serves as mayor of Warsaw, is forecasted to earn 21 percent of the total vote, which is a sizeable improvement compared to his predecessor Kidawa-Błońska’s 5 percent. Kidawa-Błońska dropped out of the race this month and was replaced by Trzaskowski in the hopes that PO could rekindle their electoral chances.

The poll also showed that 18 percent of voters currently support Szymon Hołownia, a 3-point drop from his previous 22 percent.

Polish People’s Party (PSL) candidate Władysław Kosiniak-Kamysz is supported by 7 percent of voters, dropping from 12 percent in the previous survey.

Right-wing Confederation’s Krzysztof Bosak would have 6 percent of the votes, a 1-percentage point decrease.

The declared election turnout is 65 percent, a significant increase compared to the 45 percent declared in the previous survey.