Poland, Hungary, Czechia, and Slovakia are strengthening their armies with these defense purchases

Here are the weapons and military equipment that Poland, Slovakia, Hungary, Czechia are buying from the Europe, the US, and Israel 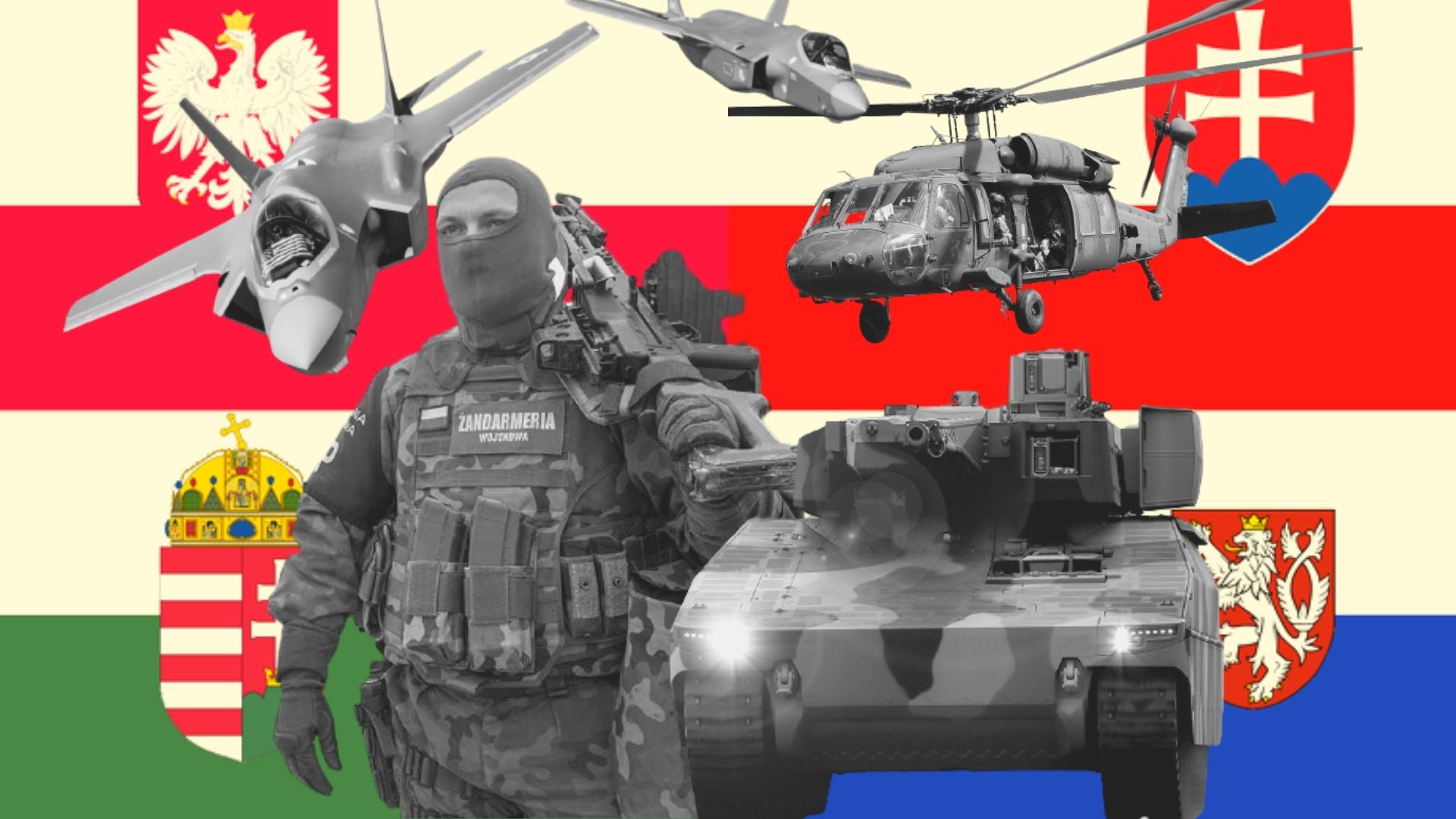 Tens of billions of dollars have exchanged hands and the number of signed defence contracts have been steadily increasing in the former Soviet bloc countries that have since joined the European Union and NATO. The breakneck speed at which virtually all Eastern European countries have started modernizing their armed forces can be attributed to two main factors.

Firstly, the shelf life of Russian-made hardware, which many Eastern bloc countries received as a compensation for decades of Soviet occupation, is rapidly coming to an end. Secondly, President Donald Trump’s rebuke to America’s NATO allies for not meeting their obligations of spending 2 percent of their GDP on defense had found a more attentive audience in Eastern Europe than in the West.

Among the Visegrád Four NATO members of Slovakia, Czechia, Hungary and Poland, the last two years have seen a frantic modernization of their military hardware that has also shed light on their long-term vision for global political alliances. Defense firms have been queuing up to get a slice of these large-scale projects — and judging by the list of winners and losers broken down by countries — there are new strategic alliances forming that are worth studying behind the scenes

The biggest winners in the region are clearly US and German defense equipment manufacturers. In analyzing the success of US firms, one major customer stands out: Poland.

Poland finds itself in a unique strategic geopolitical situation, in which it sees itself threatened by Russia from the East, and by, what it regards, an often politically hostile European Union from the West. One way out of this conundrum was to strengthen the ties with the United States, chiefly in defense cooperation.

The sale of the Patriot Pac 3 air defense system from Lockheed Martin worth $4.75 billion, the signing of a contract for 32 F-35 Lightning II fighter jets worth $4.6 billion from the same manufacturer, and the continued supply line for General Dynamics’ F-16 jets are only the most notable examples of US arms manufacturers’ successes in the country. The US’s decision to sell Poland such sensitive military equipment can be interpreted as a vote of confidence in the Polish government.

The US has, furthermore, fared well in Slovakia with the sale of nine Blackhawk helicopters from Sikorsky Aircraft Corporation at a cost of $261 million and 14 units of F-16 block 70 aircraft for $800 million. The contracts are relatively small by global military standards but represent an enormous financial commitment from a small country of five million.

The success of US defense contractors may be interpreted as Slovakia’s strategic reorientation towards a closer trans-Atlantic relationship during the government of former Prime Minister Robert Fico (SMER), who was somewhat disappointed in his hopes for a more central role for his nation within the European Union’s institutions.

Hungary had invested in the US and Norwegian manufactured NASAMS II air defense system, and made a purchase of AIM 120-C AMRAAM missiles manufactured by Raytheon for $1 billion. Although this defense contract is by no means insignificant, it was slightly overshadowed by the success of other manufacturers in the country, such as the German Rheinmetall and its sister company KMW, or the French Airbus.

It is fair to say that the relationship between the Trump administration and Prime Minister Viktor Orbán’s government is cordial, however, this did not always meet the Hungarians’ earlier expectations for an active political alliance between the two countries in their dispute with some of the more left-leaning European governments or institutions.

Hungary is tentatively waiting for the results of the upcoming US presidential elections before it makes a decision regarding the replacement of its current fighter aircraft fleet. Reportedly, the two main contestants are Lockheed Martin’s F-35 Lightning II and the Swedish manufactured JAS Gripen E/F. The combination of the F-35’s high maintenance and flight-hour costs, a potential cooling of US-Hungarian relations in case of a Biden presidency, and the 13 percent drop in Hungary’s GDP due to the COVID-19 pandemic, would not help the F-35’s chances.

The hardest nut to crack appears to be Czechia, with no major contracts signed with US firms to date. The Czechs have very recently voted for the French Caesar self-propelled howitzer manufactured by Nexter and the Israeli state-of-the-art air defense system Spyder (Rafael). However, one US defense firm is still in the race for Czech taxpayer money in the ongoing infantry fighting vehicle (IFV) procurement program.

General Dynamics’ ASCOD and the German Rheinmetall’s Lynx infantry fighting vehicle have both made it to the shortlist. GDELS had promised a manufacturing presence and technology transfer in case of a decision favoring the Spanish, Austrian, US-developed ASCOD, but so did Rheinmetall. The recent success of the German Lynx in Hungary may further boost its chances in Czechia.

Albeit the success of US arms manufacturers in the region is notable, it is the friendly but serious tussle with other NATO allies’ products that will have an effect on the US’s future sphere of influence here. While the largest former supplier of hardware to the region, Russia, is not making any headway with its current offerings (with the exception of Serbia), European, Israeli, Korean and Turkish defense companies continue to be serious contenders in the race to modernize the armies of their Eastern European allies.