Poles: Do not remove those lion statues!

Polish residents of Ukrainian Lviv (Lwów) disagree with the removal of statues of lions from the Triumphal Arch of the Cemetery of the Defenders of Lwów (the Cemetery of Eaglets). 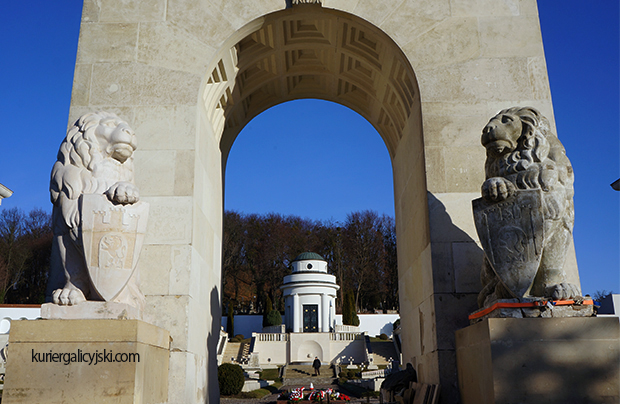 “The statues of the lions at the Cemetery of the Defenders of Lwów must remain. We cannot imagine our memorial park without them,” Poles from Lwów who visited Łyczakowski Cemetery told PAP.

Last week, the Ukrainian Lviv Oblast Council decreed that the two stone lions should be removed. Their reasoning was that the lions represent “Polish occupation of Lwów” and were constructed there illegally.

“This is not a good sign,” the chairman of the society of conservation of military cemeteries Janusz Balicki told PAP. “It has been three years since the lions returned, and there still hasn’t been a positive decision towards them.”

Balicki expressed hopes, however, that “human wisdom” will prevail and that all the issues will soon be resolved peacefully. “I hope that the lions will be accepted by Ukrainian authorities in their rightful places. This is the only possible solution that we see.”

100 anniversary of the Lwów’s Eaglets’ fight

The 31stof October marked the 100-year anniversary of the start of a dramatic three week struggle for Lwów between young Poles and Ukrainians in 1918. Out of more than 6,000 Polish defenders of Lwów, more than 1,400 were no older than 17. Over a hundred of them died. Eventually, the Poles managed to claim the city.

The Cemetery of the Defenders of Lwów is a separate part of the Łyczakowski Cemetery. Its Memorial of Glory was first revealed on the 11th of November 1934. It commemorated the young Polish heroes, the Lwów Eaglets, who fell in battle fighting for Lwów.

In the 1970s, the Soviets bulldozered the graves and tombstones and tried to destroy the triumphal arch with tank-fire. What they could not destroy, they stole and hid. The reconstruction of the memorial park started in 1989 and was finally completed on the 24thof June 2005.