Czech MP one of those detained 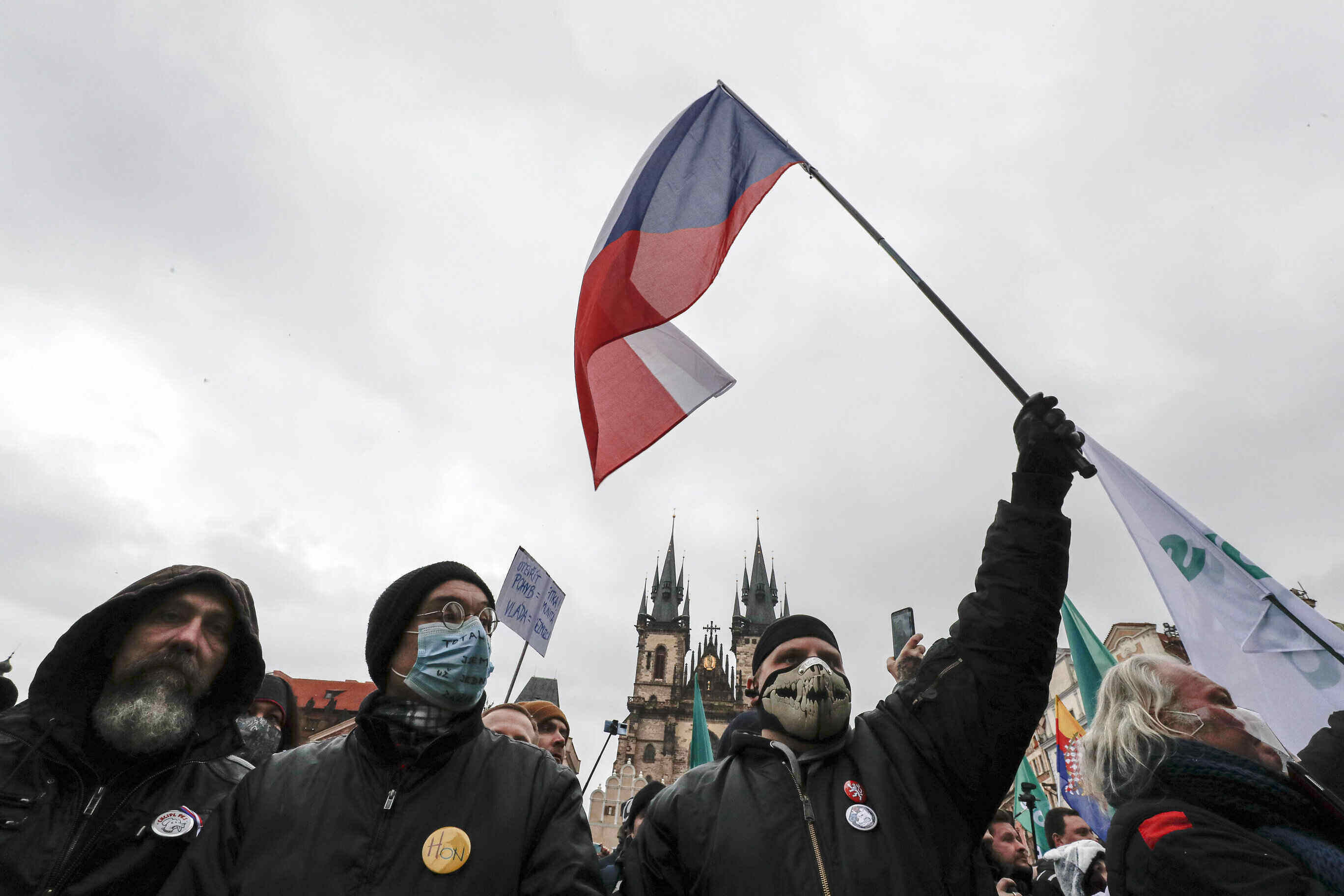 On Sunday, hundreds of people protested in Prague against the government’s anti-epidemic measures. The two announced rallies on Wenceslas Square and Old Town Square were soon disbanded. However, several dozen demonstrators tried to get back to Wenceslas Square. Police detained about 60 of them.

“It is important to thank the police for their professional approach,” Babiš said on Nova TV, adding that the intervention was necessary as people were breaking the rules.

“I thank the police for today’s professional intervention against the few irresponsible people who endangered the health of us all,” Interior Minister Hamáček wrote on Twitter.

Participants in the anti-government protest, organized by the We Together (My společně) initiative, held Czech flags and gathered on Wenceslas Square before 1 p.m. The police allowed only 100 participants into the reserved area, but significantly more people arrived at the venue. Because of this, the organizers dissolved the protest soon after it began. A large part of these protesters then moved to Old Town Square, where another protest action against the government measures and the government of Andrej Babiš started at 2 p.m.

Police officers let only people living in Prague into the area of Old Town Square as, due to the current strict measures, people are allowed to move only within certain areas. After 2 p.m., several dozens of people carrying banners with inscriptions such as “Let us work” and “We don’t want distant living” gathered at the square. The organizers subsequently dissolved the demonstration, saying that the protesters should move peacefully to the Petřín area.

After several hundred people gathered there, they then headed back to Old Town Square, where dozens of police and heavily armed law enforcement officers were waiting for them.

According to a police spokesman, the police detained about 60 people for committing an offense. One of the detainees was MP Lubomír Volný, who co-organized the first of the demonstrations. He confirmed his detention on his Facebook page but did not comment on the reason why. CNN Prima News then reported, referring to the Interior Minister, that Volný had repeatedly refused to put on a face mask. Volný recently attracted attention when he unleashed a skirmish in the Chamber of Deputies over the debate on coronavirus measures.

During last week, police announced that they would focus mainly on compliance with coronavirus measures at protests. The current rules limit the number of protest participants and also state that the protesters must live in the district where the event takes place. Police officers thus did not let through several buses heading to the rallies in Prague.