Poland’s government is satisfied with the conclusions of the EU summit which entailed new sanctions against the Belarusian regime, says a government spokesman 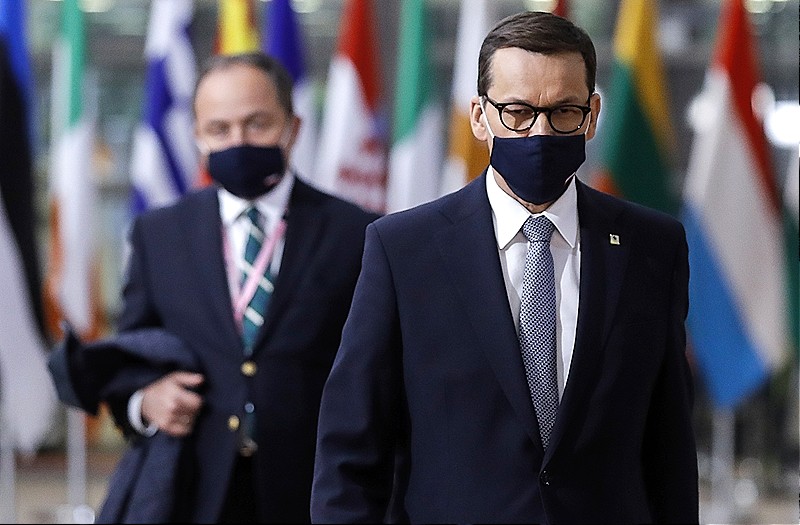 Following the summit in Brussels, European Union leaders decided to ban flights over EU airspace for Belarusian airlines and to deny them access to airports within the entire union. The leaders also decided to impose additional sanctions on the Belarusian government’s political and economic representatives, and made an appeal to airline carriers from the EU to avoid flying over Belarus.

European leaders condemned Belarus for forcing a Ryanair aircraft to land in Minsk and arresting opposition journalist Roman Protasevich, whose release they also demanded. The summit’s participants additionally called for the International Civil Aviation Organization to immediately conduct an investigation into the hijacking of the plane in Minsk.

The leaders also expressed solidarity with Latvia following the unjustified expulsion of Latvian diplomats from Belarus.

Following consultations with Visegrád Four leaders before the summit, Prime Minister Mateusz Morawiecki stated that “Belarusian airspace is creating dangers long unseen in our part of Europe and should be avoided.”

He had emphasized that the Visegrád Four, representing Poland, Slovakia, Hungary, and the Czech Republic, would fight at the summit to make sure that the individuals involved in forcing the plane to land and arresting Protasevich will be barred entry to the EU.

Moreover, prior to the summit, European Commission President Ursula von der Leyen stated that the economic-investment package for Belarus worth €3 billion has been frozen due to the incident involving the aircraft.

The plan was the result of the initiative of V4 prime ministers to support small and medium-sized Belarusian companies. It was approved at an EU summit in October 2020.

“We are pleased that the European Council acceded to PM Morawiecki’s request to immediately expand the summit’s agenda and swiftly passed conclusions,” he said.

Muller added that the Polish national carrier LOT will adhere to the new sanctions.