The agreement between Germany and America on the controversial Baltic gas pipeline could encourage Russia to conduct a policy of fait accompli, says Andrzej Duda 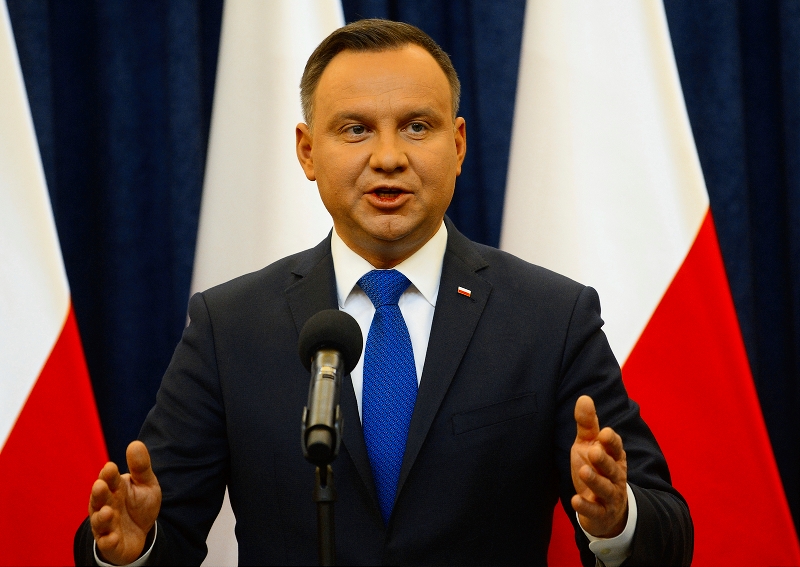 The US Biden administration and the German Foreign Ministry announced on Wednesday in a joint statement that they had reached an agreement concerning ending the conflict over the Nord Stream 2 pipeline. As part of the agreement, the US will waive sanctions over Nord Stream 2, and Germany is to invest in Ukrainian projects and will be obliged to impose sanctions on Russia in case of aggressive actions.

President Andrzej Duda emphasized that “Germany and the USA’s declaration weakens the security of a large part of Europe. It recalls the 2009 reset with Russia which influenced Russia’s later aggressive policies and Ukraine’s tragedy.”

He pointed out that “the document opposed any notions that Nord Stream 2 was a business endeavor…The agreement was negotiated over the heads of many heads of state, including Ukraine, and Angela Merkel also personally informed Vladimir Putin about its signing,” said the president.

Duda believes that the declaration permits the unobstructed construction of Nord Stream 2, does not include any restrictions on its usage, and essentially encourages Russia to conduct a policy of fait accompli.

In this situation it is imperative for Polish authorities to complete the construction of Poland’s energy independence as quickly as possible.

“In this situation it is imperative for Polish authorities to complete the construction of Poland’s energy independence as quickly as possible,” he explained. Among these priorities, Duda listed the development of the system of gas terminals and the development of transit infrastructure as part of the Three Seas projects.

According to the agreement, Germany is to initially invest at least 175 million USD in projects supporting the “green transformation” of Ukrainian energy. Together, the US and Germany are to promote and support investments worth 1 billion USD as part of the Green Fund for Ukraine.

Berlin is obliged to use all means possible to extend the Russian-Ukrainian deal on gas transit up to 10 years. The current deal will expire in 2024 and brings Ukraine an annual income of 3 billion USD.