Polish reactions to Biden-Putin summit: No breakthrough but victory for Putin

Putin walked away with a victory from his summit with Biden, argue commentator Piotr Cywiński and former Polish Foreign Affairs Minister Witold Waszczykowski 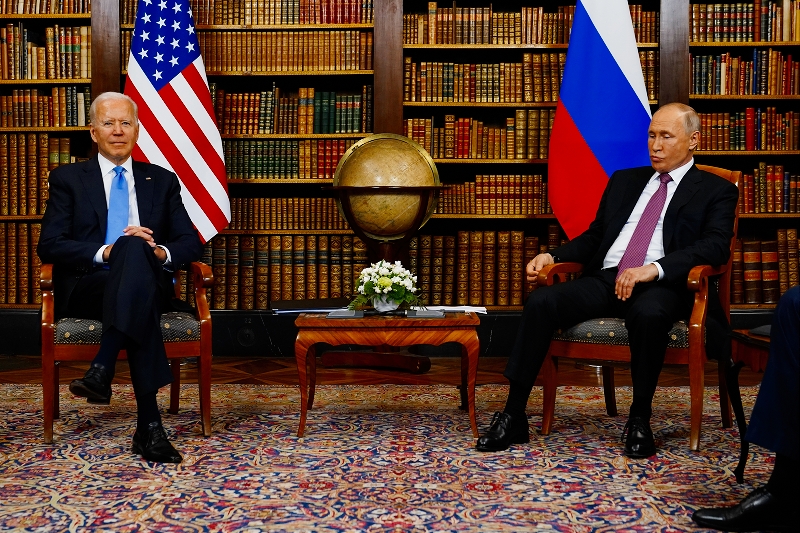 According to foreign affairs commentator Piotr Cywiński speaking on Polish Radio, Russia has only one demand of Washington: to keep out of its affairs and the region it considers to be its sphere of influence, which are the former Soviet Republics.

The list of the West’s demands of Russia are much longer: cyberattacks, interference in elections, disinformation, Ukraine, Belarus, and Nord Stream 2, hence it was President Biden who was put in the situation of initiating this meeting

According to Cywiński, expectations were very low with regard to this summit, and it was never going to be the kind of breakthrough we witnessed between Reagan and Gorbachev in 1985. The only movement was on ambassadors returning to the two capitals and willingness to discuss arms limitations as current agreements are expiring soon.

Former Polish Foreign Affairs Minister Witold Waszczykowski ,in an interview with TV Republika, said that he believed the summit was a major victory for Putin. This was because Putin was able to present himself as a leader on par with the president of the United States and to prove to people at home that Russia is now a major player.

In essence, it was a return to the days of Soviet-US summits of the seventies and eighties. This is exactly as Russia wants it to be, and President Biden granted Putin his wish.

Waszczykowski believes that Biden is attempting to woo Putin on China, using his agreement with Germany to stop blocking Nord Stream 2 as bait. But he thinks that Biden’s attempt to get Europe to join him in an anti-Chinese crusade will fail, as Germany does not want conflict with China and certainly wants to do business with the Chinese. Putin wants the U.S. to be in conflict with China, but he will keep well out of the way on opposing China.

The former head of Polish diplomacy thinks Putin will read the U.S. moves as a sign of weakness, and fears that it will embolden Russia in its handling of the regions of Eastern and Central Europe. The concession on Nord Stream 2 surprised many in the American diplomatic community and created a need for reassurances to be given to Central Europe and the Baltic states.

Waszczykowski is worried that once again the leader of the free world may be toying with the idea of trying to bring Russia in from the cold and get it to see the world through Western eyes. He also believes that the new U.S. president has given in to those who believe that Russia is an essential element building peace in Europe rather than an obstacle.

He is also disappointed to see Biden’s knee-jerk rejection of all policies pursued by Donald Trump. Instead of commitment to allies and pragmatism, we are seeing attempts to promote democratic values and liberalism, even in terms of NATO actions.

Waszczykowski does not feel that NATO’s job is to assess democracy among its members but to defend them. He fears that if NATO becomes a forum for dialogue rather than military action it could return to the bad old days when the term NATO was deciphered as “No Action, Talk On”.