The Pope in the Baltics

More than 100,000 people, including many Poles, attended the Mass led by Pope Francis in Kaunas, Lithuania. The Bishop of Rome spoke of the difficulties of faith and reflected on the suffering of Central Europe. 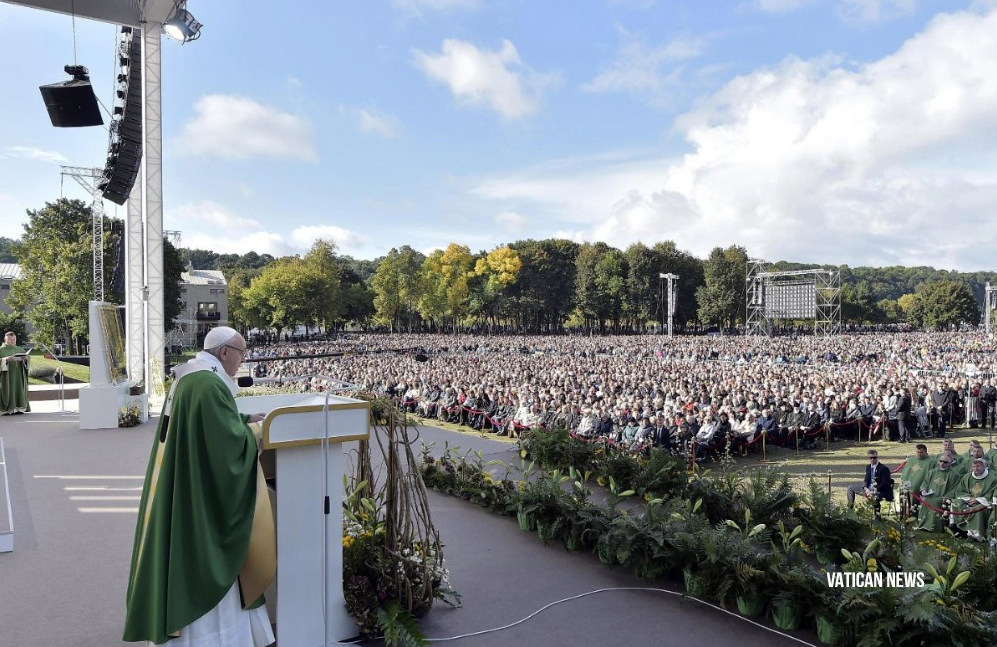 The Pope preached that in every Christian life, we have moments of the Cross, which can seem to last forever. “The previous generations had to suffer occupation, deportation, the fear of the unknown for those who never returned as well as the shame of informing and betrayal.”

The gathered were also asked “how many of you lost faith because God did not appear to protect you; because the fact that you remained faithful was not enough for him to take part in your story?” The Pope underlined that Kaunas, as well as all of Lithuania knew very well of suffering, especially when it came to Siberia and the Vilnius ghetto.

How many times has it happened that some nation deemed itself to be better, to possess more rights, more privileges, which are meant to be protected or achieved?

Pope Francis also warned of the deadly sin of pride and how it may poison anyone’s heart.

“How many times has it happened that some nation deemed itself to be better, to possess more rights, more privileges, which are meant to be protected or achieved?”

He also reminded us that the “lust for power and fame is the most common behavior of those who are unable to heal the memory of their past.”

The Pope also reflected on the 75th anniversary of abolishing the Vilnius ghetto as well as Lithuania’s 100 year independence anniversary. After Lithuania, the Pope will visit Latvia and Estonia.