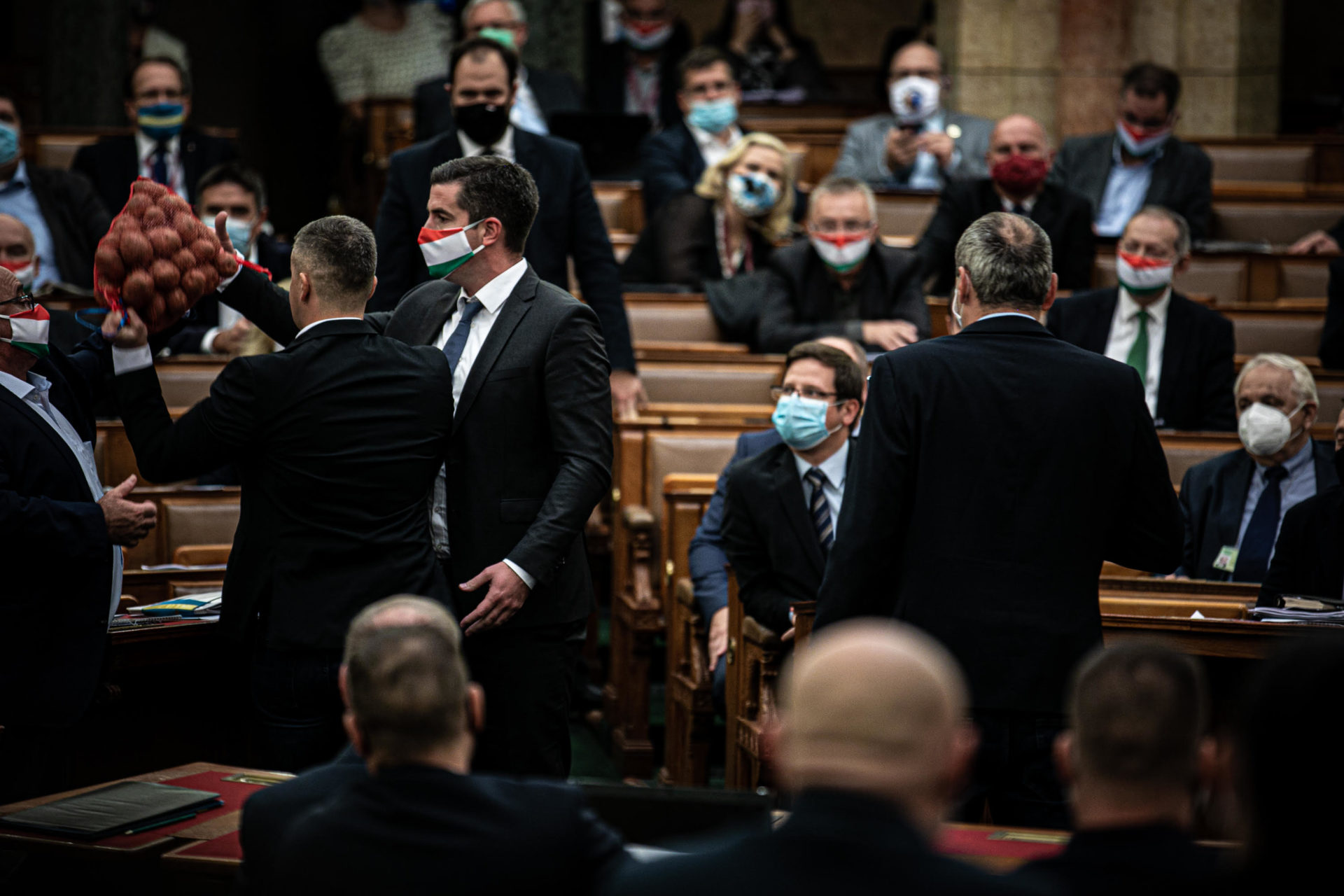 As we reported earlier, Jakab, whose candidate recently lost a by-election in the northeastern Borsod county, accused Prime Minister Viktor Orbán and his ruling Fidesz party of bribing and blackmailing constituents to vote for their candidate, asking, “What does a victory bought with fear and poverty taste like?”

He then held up a small sack of potatoes, presumably meant to symbolize a bribe, saying he is returning it to the sender.

Then he left his bench, attempting to hand over the sack to Orbán, sitting in his usual front-row seat. Fidesz MPs also stood up and blocked Jakab from approaching Orbán.

Speaking to Alfahír, Jakab said the fine was yet another example of the lack of rule of law in Hungary.

Alfahír, established as barrikad.hu in 2009, is operated by the Balanced Media Foundation, which is owned by Jakab’s party.