President Duda: Poland’s Solidarity movement is what allowed us to live in a free and sovereign country today 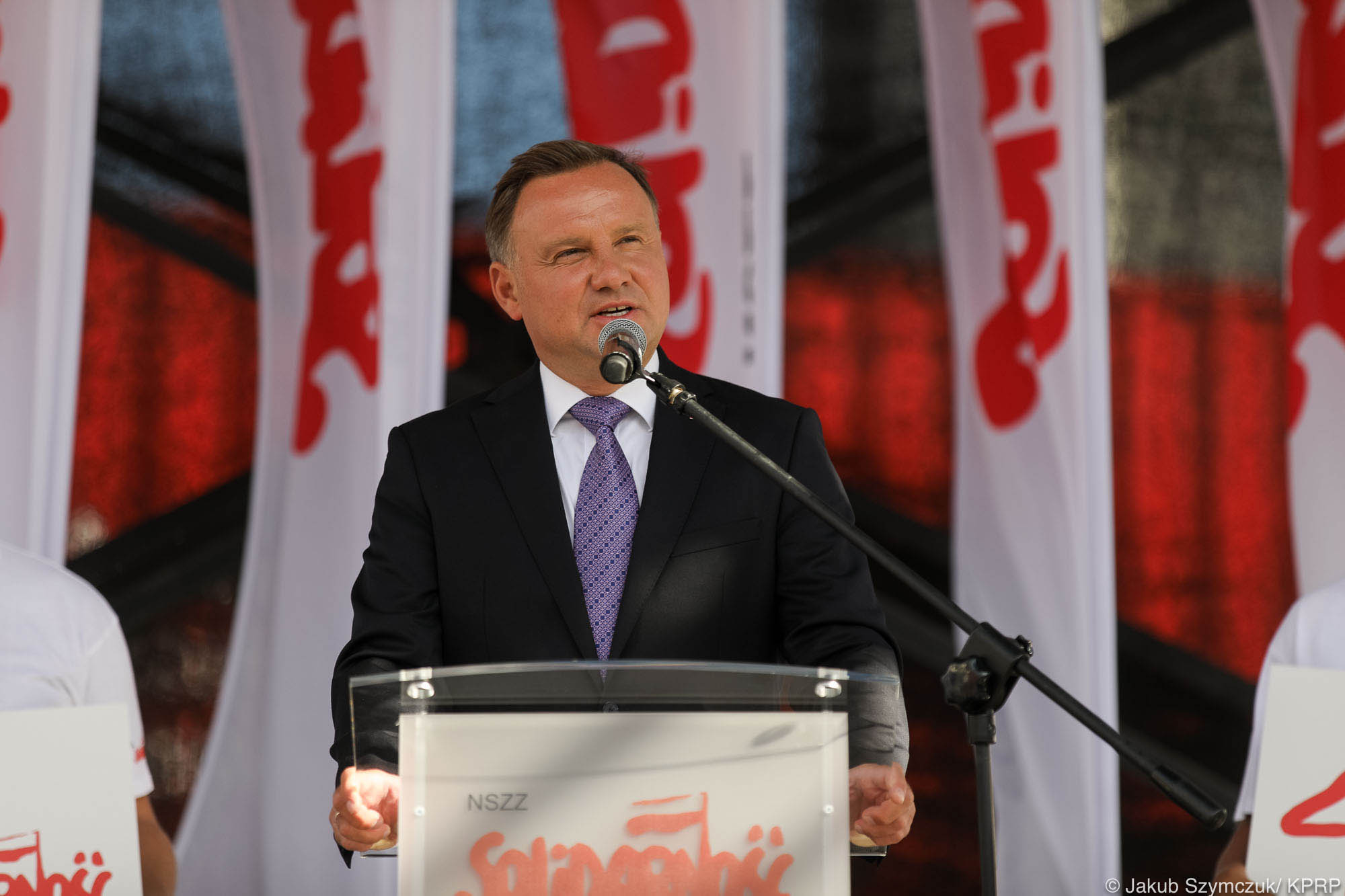 “Solidarity grew out of the great desire of ordinary people to live dignified and normal lives,” President Andrzej Duda emphasized on occasion of the 40th anniversary of the establishment of the Solidarity trade union

In his speech at the historic gate of the Gdańsk shipyard, the president emphasized that he was standing in front of the place where protesting workers were shot at in 1970, where the blood of innocents was spilled who just wanted to live in dignity.

“They just wanted normality, human dignity, respect for human rights, and respect for what is so deeply enrooted in us Poles — the need for freedom and sovereignty,” he said.

Duda emphasized that the men and women who later established Solidarity wanted a normal life not only for themselves but for every Pole and person in the communist bloc. They proved this in their message to the workers of Eastern Europe in 1980 in which they outlined their ideals.

Duda stressed that Solidarity was grounded in Poland’s great Christian tradition and faith, which allowed Poland to survive in its toughest times for 1,050 years.

“When in 1979, Pope John Paul II arrived to Poland, millions of Poles looked at each other, and we counted ourselves. People understood that they think in the same way, that they believe in the same things and desire the same. This was the breakthrough which led to the creation of Solidarity,” he said.

Duda underlined that Solidarity had not only brought freedom to Poland, but also to the entire Central-Eastern European region and that Poland’s famed trade union movement led to the end of the Berlin Wall and the reunification of Germany.

He added that it was owing to Solidarity that Poles today live in a free and sovereign country.

The president pointed out that in the modern era, Solidarity is standing at the side of Belarusians protesting for their freedom.

“I thank Solidarity for remaining by its values, for its brotherhood and help for those who are in need of aid in Belarus. ‘Long live Belarus!’ we’d like to shout, and we do, as Solidarity does,” Duda declared before a standing ovation.