President Duda: The last 5 years have been good for Poland

Andrzej Duda, seeking reelection as president, promotes his and the government’s record over the last five years 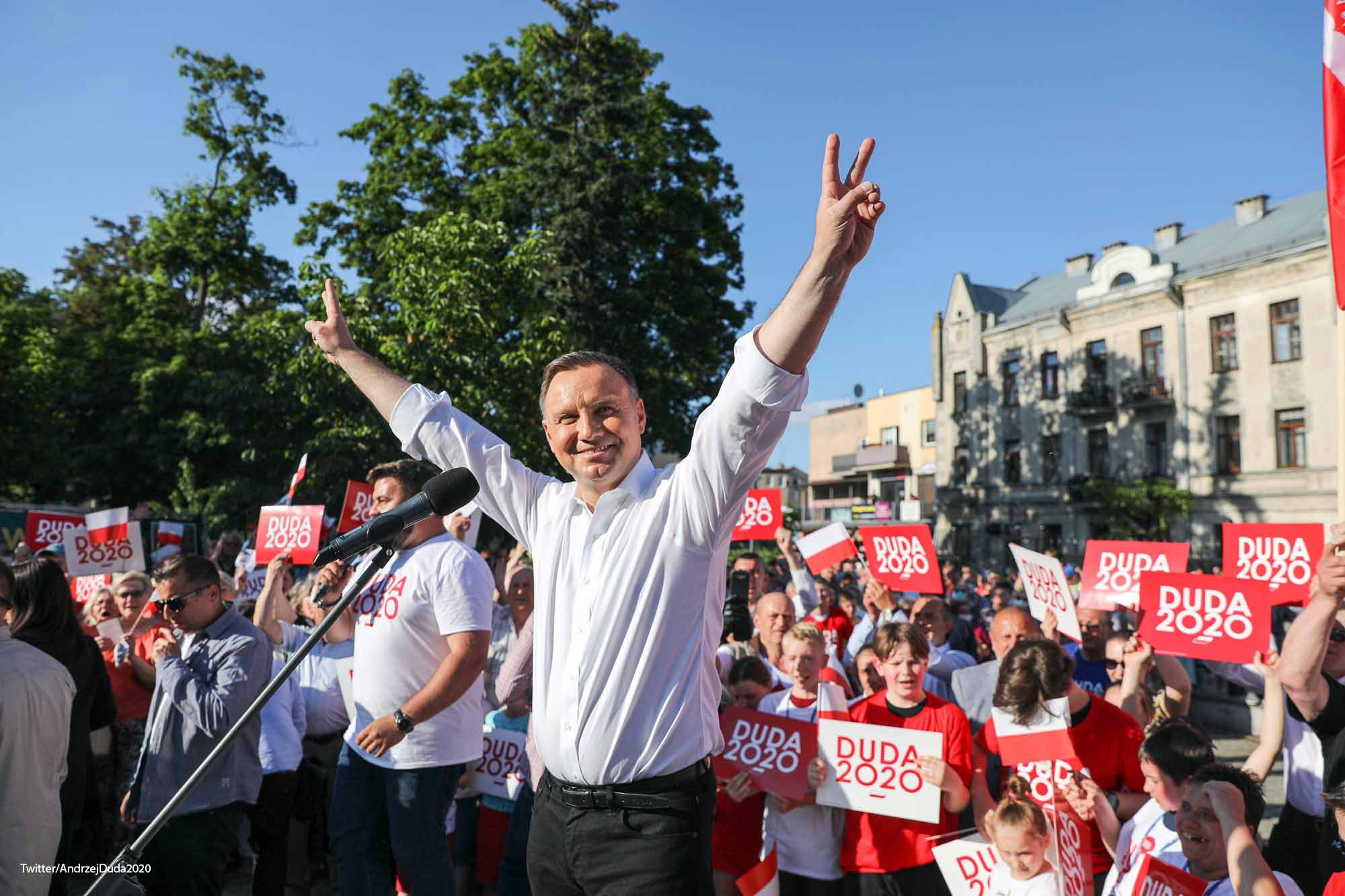 President Andrzej Duda campaigned in Central and Northern Poland on Tuesday where he declared at a public rally that the past five years have seen welcome changes in Poland for families and pensioners as a result of the Law and Justice (PiS) social transfers and other social policies.

He appealed to voters to “compare the last five years with the eight years that went before then, and they will understand what Poland was like then and what has happened to it during the term of the present administration”.

Duda reminded voters that the former government under Donald Tusk and ministers Rafał Trzaskowski and Władysław Kosiniak-Kamysz, both of whom are candidates in the upcoming presidential election, raised the age of retirement and VAT. Duda pointed out that for the last five years the country has seen a major advance for families and old age pensioners who saw the age of retirement brought down to its original level.

On leaving the town of Mława, Duda tweeted his satisfaction at the reception he got.

“It was hard to leave Mława. I must thank all the inhabitants for such a welcome and for chanting ‘in the first round’ [winning in the first round outright] in my support. It is up to you! I am doing everything in my power. Thank you once again from the bottom of my heart.”

Duda defended his record on respecting the constitution. He criticized the previous liberal administration for ignoring those parts of the constitution that protected the rights of parents and children.

He argued that his policy of introducing universal child benefits eliminated 95 percent of all child poverty and helped in boosting economic growth.

The president was certain that Poland was well-placed to cope with the after–effects of the pandemic thanks to all the assistance programs that had been activated, which are believed to have saved millions of jobs in the country. According to the president, these had protected 4 million jobs and saved many firms. Duda reminded voters that western rating agencies say that Poland is one of the countries which has coped best with the economic impact of the pandemic.

Poland is also expected to suffer the lowest GDP drop of all countries in Europe following the coronavirus crisis.