It will be his first foreign trip since November 2019 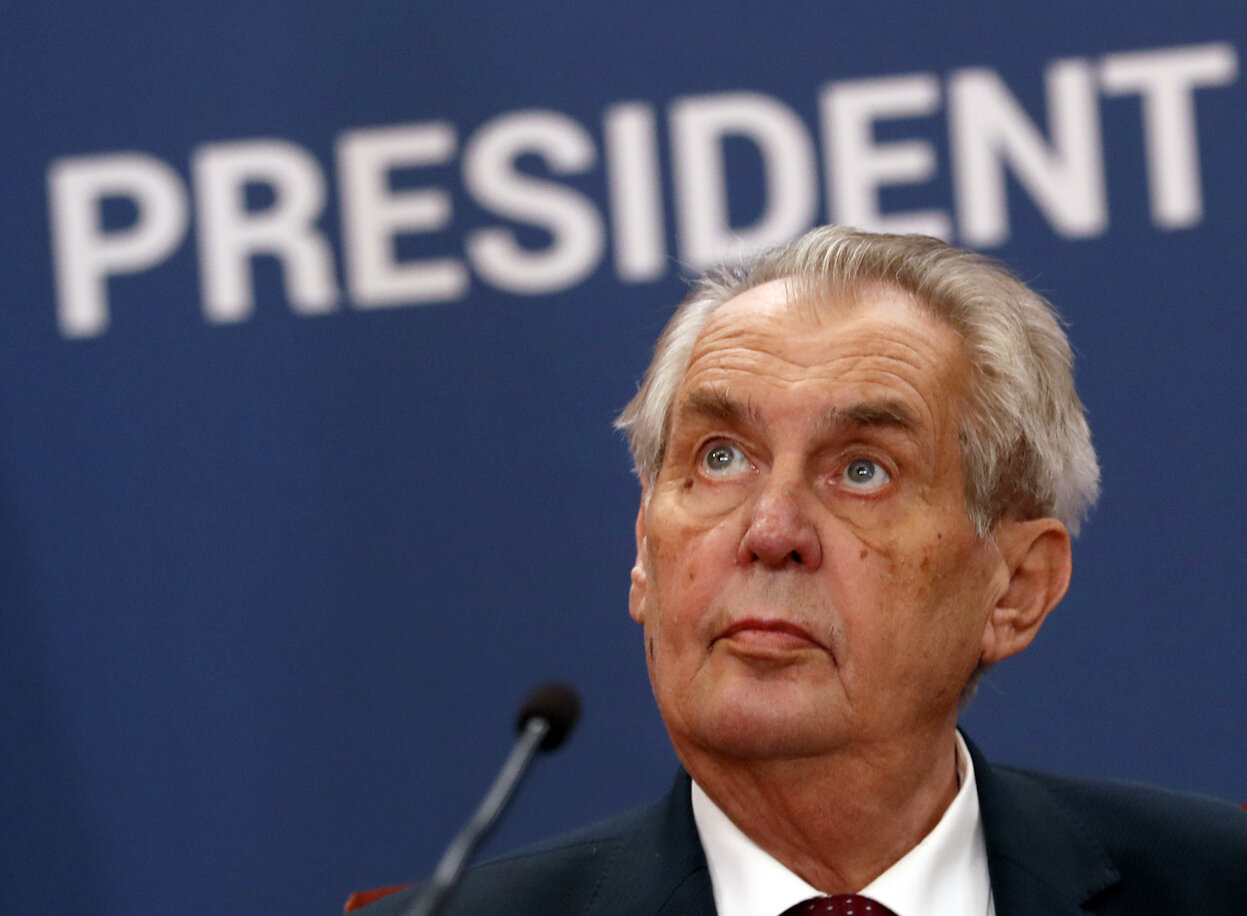 President Miloš Zeman will personally attend the summit of presidents of the Visegrad Four countries, which is set to take place in Poland on February 9 and 10. The President´s office is now waiting for the date to be confirmed by Poland. While in Poland, the Czech President will also join the “17 + 1” online summit for negotiations between China and the countries of Central and Eastern Europe.

The presidential summit had been scheduled to take place in the autumn but was postponed due to the coronavirus pandemic. Zeman promised to participate at the beginning of December when Polish President Andrzej Duda arrived in Prague.

For Zeman, the trip to Poland will be his first foreign trip in more than a year. He visited Germany and Slovakia in November 2019, after which all other foreign trips were canceled due to the coronavirus pandemic.

Last year, for example, Zeman had planned to visit Italy and Bulgaria, and he also wanted to attend the Trinity Summit in Estonia. He intended to fly to Moscow as well for a ceremonial parade to celebrate the end of World War II and to a summit in China.

The Chinese summit garnered some headlines, as Zeman had at first refused to participate due to insufficient Chinese investment in the Czech Republic. Later, Prague Castle accepted the invitation on the condition that their investment agreement be completed. In the end, the Czech President agreed with the visit, as he wanted to thank China for supplying them with medical equipment for the epidemic, but the summit was then postponed due to the ongoing coronavirus situation.

A new meeting date was expected in the autumn, and a video conference was suggested due to the virus. Finally, the date was set for February 9. It will be held online, and Zeman will join the session from Poland.

According to Czech News Agency, the presidents of the V4 Group are expected to address the coronavirus crisis, economic issues, climate issues, and the V4’s future prospects.

They will also talk about history since the Central European cooperation project will celebrate its 30th anniversary. The V4 Group’s political cooperation was agreed upon by the then President of Czechoslovakia Václav Havel, Prime Minister of Hungary József Antall, and President of Poland Lech Walesa on February 15, 1991, at a meeting held in the northern Hungarian town of Visegrád.

Title image: In this Wednesday, Sept. 11, 2019 file photo, Czech Republic’s President Miloš Zeman attends a press conference at the Serbia Palace in Belgrade, Serbia. The lower house of the Czech Parliament has dismissed a request to bring charges against President Zeman for allegedly violating the constitution. Only 58 lawmakers in the 200-seat house, far short of the three-fifths majority needed, voted Thursday, Sept. 26, to file the charges at the Constitutional Court. (AP Photo/Darko Vojinovic, file)