All of them were young men, often under the age of 18 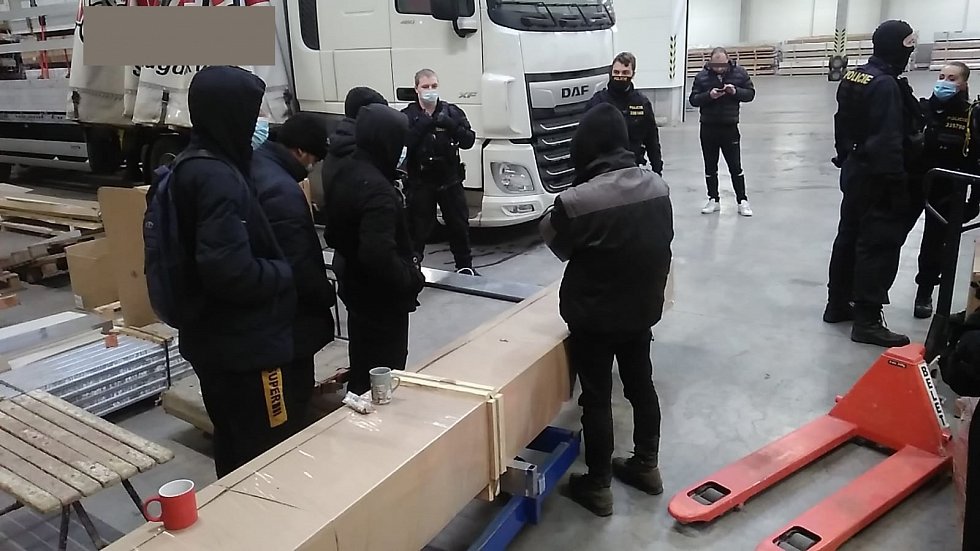 Since Monday, police in the Pardubice Region of northeast Czechia have detained three groups of migrants hidden in trucks traveling from the Balkans. The truck drivers claim they were not aware of their passengers.

In just four days, 14 young migrants, mostly Afghans, were detained. All three cases had the same scenario: Afghans arrived hidden in the semi-trailers of trucks from the Balkans, without the apparent knowledge of the drivers.

The first two cases took place on Monday. People driving by alerted police to migrants jumping out of the trailers in the industrial zones of Semanín near Česká Třebová and Staré Čívice near Pardubice.

They were all young men, often under the age of 18.

“I do not remember so many cases in our region in such a short period,” said regional police spokeswoman Eva Maturová.

According to the witnesses, people were jumping out of the moving trucks and fleeing on foot. The police, with the help of trained dogs, tracked down three Afghans in Semanín and six Afghans in Čívice.

Afghans have asked for asylum in both Romania and Bulgaria, some even in both countries at the same time.

“In both cases, Romania was the alleged starting point for the trucks. Both drivers stated that they had no idea about the foreigners in their cargo area; they drove the truck through Hungary and Slovakia to the Czech Republic. They also said that the cargo door was not sealed inside the EU and that nothing was checked after taking over the truck in Romania. The inspection took place only after it was discovered that they had uninvited passengers inside,“ said Maturová.

Due to the long journey, the semi-trailers had leftover food and feces strewn all over the place.

At the Foreign Police station, most of the detained foreigners tried to claim to be minors. “In the case of adults, a decision on their placement will be made in the Detention Facility for Foreigners. In the case of minors, a court decision on custody proceedings is now being sought through the Child’s Social and Legal Protection Authority. They all entered and were in the Czech Republic illegally, so we applied to the Ministry of the Interior to find out which EU Member State is responsible for their asylum procedure. Other actions will be aimed at extraditing foreigners to this state,“ explained a police spokeswoman.

A similar case happened near the town of Chrudim in mid-January. Several migrants jumped out of a truck in Slatiňany and ran along the tracks towards Chrudim. They had hidden in the truck by cutting a cable securing its tarp and climbing underneath.