Presidential elections in Poland on May 10

Andrzej Duda has officially announced his bid for reelection as president 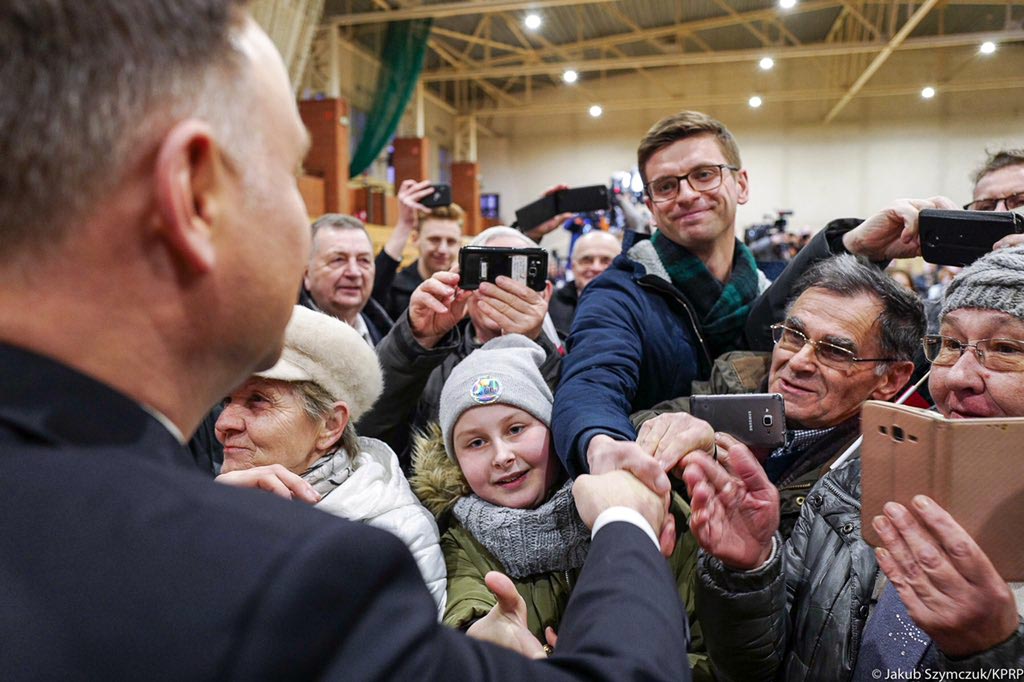 During a rally in Lubartów in Eastern Poland, Andrzej Duda announced his bid for a reelection, prompting the audience to erupt with applause in response and begin chanting his name.

“Yes, I will be running in the presidential elections,” declared Andrzej Duda.

Duda has been the President of Poland since August 2015. In the previous elections, he defeated incumbent Bronisław Komorowski in the second round of voting.

Speaker of the Sejm Elżbieta Witek’s decision to hold the presidential elections on May 10, was published in the Journal of Laws of the Republic of Poland on Wednesday. The publication signals the official start of the election campaign.

Only after registering a committee, is it permitted to collect the 100,000 signatures needed to put forward a presidential candidate. The committees which register a candidate will have the right to free airtime in public media in radio and television.

The election campaign will come to an end at midnight on May 8 and election silence will be in effect until the end of voting on May 10.

If no candidate receives more than 50 percent of legal votes, a second round of voting will take place on May 24.