There is no other Celtic head sculpture in the world 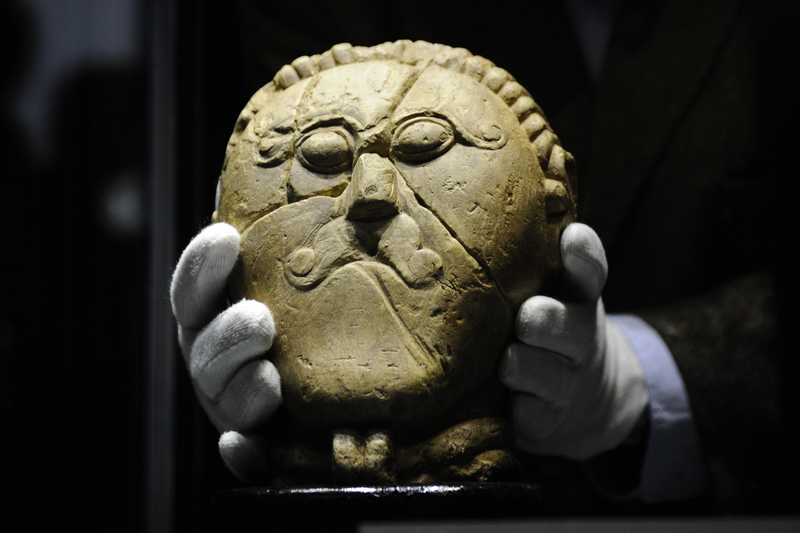 An armed police intervention unit escorted one of the most precious objects of the Czech National Museum from the city of Terezín to Olomouc in the Czech Republic.

Starting today, the Olomouc Museum of Natural History and Moravian Folk is exhibiting the unique stone sculpture depicting the head of a Celt, which is more than 2,000 years old.

The sculpture will be placed in a special bulletproof display case.

“The display case is extremely heavy. Even four people are not able to lift it. The safety glass is four to five centimeters thick, and the case is connected to the police,” said the museum’s director Břetislav Holásek.

The dangerous winds that hit Czechia on Monday complicated the transport of the sculpture, with Holásek saying the bust was originally meant to be transported by helicopter, but due to the strong wind, the sculpture was transported to Olomouc by car in the end.

According to the National Museum, the 25-centimeter stone bust is of incalculable value. Director Holásek compares the price with the original Venus of Věstonice, which was recently also part of an exhibition in Olomouc. However, he says that there is no relevant comparison with the Celtic head.

“Media talked about a 4-billion koruna price tag for the Celtic bust, and I could agree with that. But I think one cannot estimate the exact price. There are a few other Venuses, but if the National Museum is right, there is no other Celtic head in the world,” said Holásek.

Lukeš added that the insurance value of the sculpture reaches tens to hundreds of millions of korunas, but it is only a number. The Celt’s head is irreplaceable, and one would not trade such a unique object for any price.

“We lend the head very rarely,” said the director of the National Museum, Michal Lukeš, who described how unique the archaeological find was.

In 1943, Josef Šlajrcht found the head in a sand quarry in the Central Bohemian village of Mšecké Žehrovice.

According to historians, it is probably a sculpture of a druid.

The Celt’s head will be displayed in the Olomouc Museum of Natural History and Moravian Folk until Feb. 23.