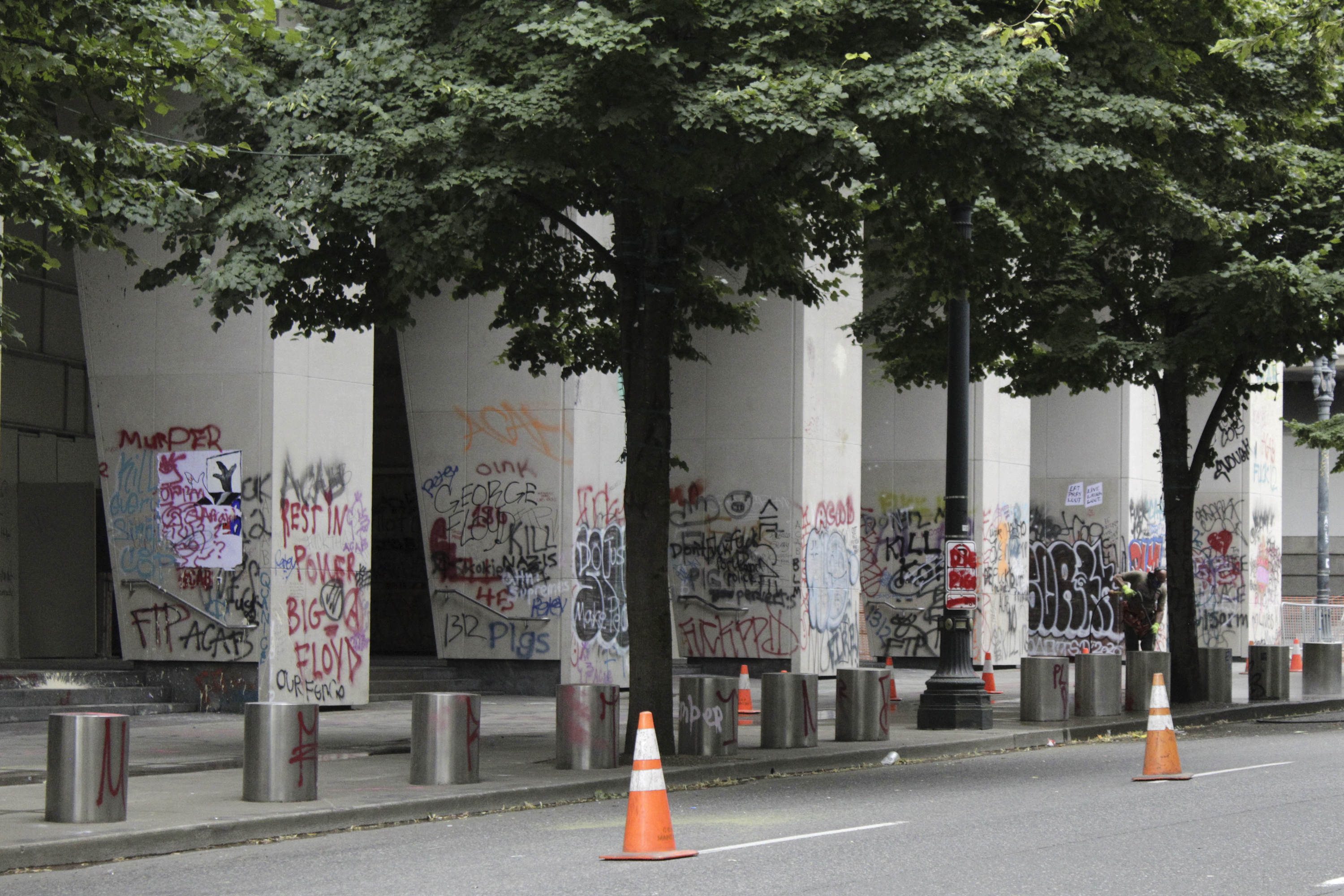 Protests in downtown Seattle have been underway for seven weeks now and have been extension of the CHOP occupation of downtown Seattle that led the city to temporarily accept an autonomous zone free of police. During the current protest, marchers gathered around the federal courthouse to protest the arrests of demonstrators and illegal migrants in recent weeks.

The protest began with a traffic blockade around the courthouse. Around 200 protesters armed with shields stood in a row in the streets and according to a local affiliate Q13 Fox, some protesters were also armed with bats.

Two protesters were arrested, according to Seattle Police.

Last week in neighboring Portland, Oregon, 13 protesters were arrested and taken away by masked federal agents from the Department of Homeland Security in unmarked vehicles.

Portland police say some protesters dismantled fences from nearby parks and used them to barricade the exit from the courthouse. Federal agents protecting the courthouse used tear gas against the demonstrators, who responded with volleys of smoke grenades, flares, and fireworks.

Portland police say the protesters did not disperse even though this rally was declared illegal, but instead, a skirmish broke out where protesters threw stones and glass bottles at police officers, leading to the arrest of protesters, during which police confiscated several swords.

The Oregon State Attorney General requested an investigation into federal agencies related to the arrests.

The US Customs and Border Protection (CBP) has admitted to being one of the federal agencies that arrested protesters in Portland.

.@CBP will continue to arrest the violent criminals that are destroying federal property & injuring our agents/officers in Portland. CBP will restore and maintain law & order. pic.twitter.com/fYgzpTwPWh

Its spokesman, Mark Morgan, said on Twitter that CBP would continue to arrest criminals destroying federal property in Portland until law and order was established again.