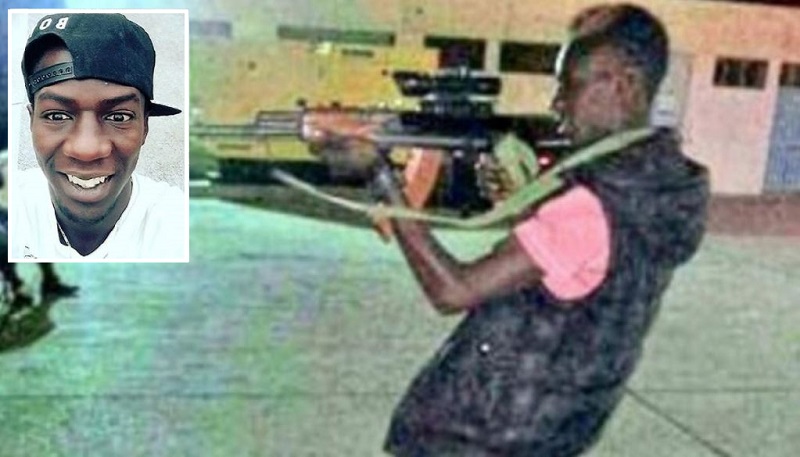 The 22-year-old migrant “King Abode”, whose real name is Mohamed T., was supposed to be deported back to Libya, but now the district court of Dresden lifted an eight-month prison sentence against the permanent asylum seeker on Wednesday and referred the 2018 case back to juvenile court.

“King Abode” received an eight-month suspended sentence in 2018 for insulting, threatening, and biting a train passenger in the arm. His self-proclaimed name translates to “King Stay” in English, and is meant to highlight Germany’s inability to remove him from the country.

The reason the Dresden court dropped the case and referred it to juvenile court is that it claims “King Abode” should not have been sentenced as an adult, a spokesman for the regional court confirmed a report of the Bild newspaper on Thursday.

When he first entered Germany in 2014, Mohamed T. stated that he was 18 years old and born on February 4, 1996. However, standing before the Bautzen Youth Court in another case, he said that he was born on August 4, 1997, more than a year later. The court accepted his claim that he was younger, and he was sentenced as a juvenile instead as an adult, which resulted in the court slapping the amateur rapper to only 16 months of probation for 24 crimes.

King Abode should have been deported long ago

If the judge in the juvenile court also recognizes his supposedly younger age of the case of 2018, the eight-month prison sentence could now be reversed, leaving Mohamed T. free once again. “King Abode”, who claims to be a Libyan citizen, is well known to the police and the judiciary. The authorities have already initiated more than 60 cases against him, at least nine of which went to trial. He has been convicted seven times.

In one instance in 2018, he was released from custody only to steal a boy’s cellphone three days later. He smugly told the press at the time that “nothing happens to me anyway” in response to that arrest.

The immigrant should have been deported a long time ago. His asylum application had already been rejected in September 2016. Since then, he has managed to stay in Germany by initiating a variety of court cases.

“King Abode” was also involved in riots between asylum seekers and Germans on the Bautzen market during summer 2016. The German press has labeled him the “riot refugee” and numerous articles have been published about him over the years.

He later attracted attention when he posted a video of himself on social media with a Kalashnikov assault rifle. In another incident, a special task force had to overpower him on the roof of an asylum-seeker accommodation building.

The attention the “King Abode” case has served to highlight the disproportionately large role migrants play in crime statistics in the country, including for the most serious crimes of murder, assault, and sexual assaults. At the same time, the case highlights German authorities’ inability to successfully deport even those migrants who have committed a variety of crimes.

The uncertainty over “King Adobe’s” age is also not unique a unique case. In fact, there are over 400,000 migrants in Germany who have unknown birth dates, with the Alternative for Germany party indicating that many of them have lied about their age to gain access to more benefits under the German system and avoid deportation.

Concerns have been raised in the past that migrants have lied about their age in order to gain entry into Europe. For example, 84 percent of “child migrants” tested by Swedish health authorities were actually adults aged 18 or older, according to a report from the BBC. In another study from Belgium released by the government this month, 73 percent of “migrant children” were actually adults.

According to a study by the Institute of Forensic Medicine in Münster, a large proportion of underage immigrants lied about their age upon entering Germany. The university clinic’s forensic specialists examined around 600 so-called unaccompanied minor refugees on behalf of the courts where their age was questioned. The institute determined that around 40 percent of them were demonstrably 18 years of age or older, according to the study available online.