Previous growth potential could return as soon as next year 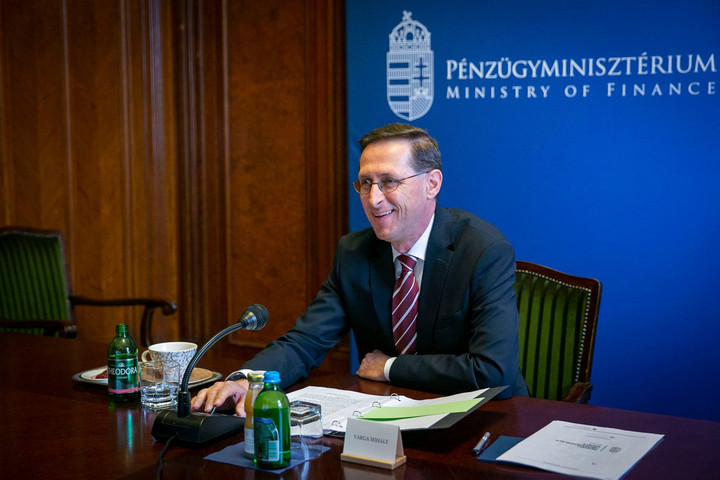 The highlight of next year’s budget is the economic reboot plan, which will allow everyone who has been put in a difficult position by the coronavirus epidemic to recover, Finance Minister Mihály Varga said on national radio station Kossuth on Sunday.

Varga emphasized that he would like to regain as soon as possible the growth capacity that characterized the years before the epidemic. As he said, 2022 could already be the year when this is achieved.

The minister of finance emphasized that in 2021 the economy is expected to reach the point where it was at the end of 2019, before the epidemic, and in 2022 economic growth is expected to be 5.2 percent, a public deficit target of 5.9 percent of GDP and a debt ratio that returns to a declining path.

As Remix News reported last week, the Hungarian Parliament approved on June 15 the country’s budget for 2022 with 132 yes and 26 no votes by the 199-seat legislation, translating into an 83.5 percent majority.

Varga also said that there are important social policy goals, among which he mentioned the support of families, the reconstruction of the 13-month pension, and the introduction of tax exemptions for those under 25 years of age.

“Next year should be about the completion of the restart, about the fact that the Hungarian economy can continue on the path where it was in the period before the epidemic,” he said.

The minister of finance recalled the importance of the economic protection fund, in which various resources were raised to protect Hungary’s economy, including launching investments and protecting jobs.

The 2022 budget will retain its structure, but it is already an economic relaunch — a 7,300 billion forints (€20.52 billion) economic restart fund will be set aside in the budget, he explained. He added that there will continue to be a health insurance and epidemic prevention fund with a budget of 3,600 billion forints.

At the same time, Varga explained that he was confident that after 2022 there would be less and less emphasis on protection against the epidemic.

The Hungarian minister of finance drew attention to the fact that in the first quarter of this year, last year’s government measures already had a positive impact, especially in the field of investments and developments. He indicated that the investments the government has launched will gradually be reflected in the operation of the economy. For this reason, Varga expects a “strong rebound” of the economy.

He also explained that the biggest boost to economic growth since 2016 has come from a tax-cutting and wage-raising agreement with employers and employees.

“If we can get back on this path and there is a gradual but vigorous wage increase, but at the same time we can reduce taxes, the competitiveness of the Hungarian economy can improve, the growth path can again be imagined in the 4 to 5 percent range,” he said.