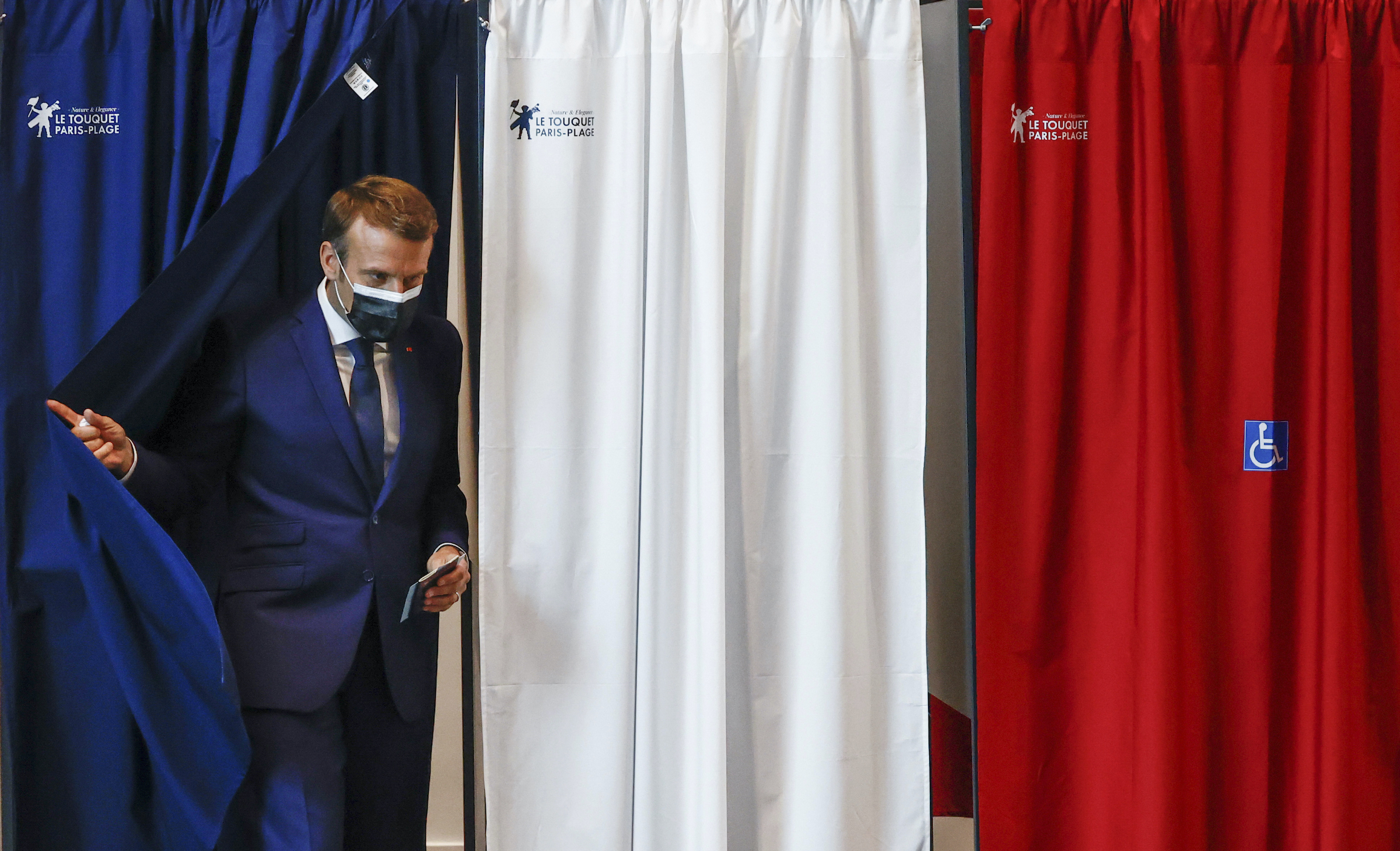 The French right-wing Rassemblement Naţional (National Rally) led by Marine Le Pen underperformed the polls on Sunday in the first round of regional and departmental elections, marked by strong absenteeism, but is hoping to fare better in the second round.

“A leap is possible” before the second round, next Sunday, National Rally Vice-President Jordan Bardella reacted to the private TF1 television station, given that, contrary to the polls, his party did not rank first in any of the six from 13 regions for which estimates were available shortly after 6:00 p.m. Polls suggested that the National Rally could be the most voted party in six regions in the first round.

The party of President Emmanuel Macron suffered a poor result as well less than a year before nationwide presidential elections, for which the current municipal elections are considered a litmus test.

In the southern Provence-Alpes-Cote d’Azur, provisional results shows that Renaud Muselier (Les Republicains, LR), the president of the region at the end of his term, came in first, in a surprise victory over National Rally candidate Thierry Mariani.

Similarly, in the Hauts-de-France region (north), end-of-term (LR) president Xavier Bertrand, who is already a candidate for the 2022 presidential election, has a large lead over National Rally candidate Sebastien Chenu, as opposed to the polls which predicted a tie.

This first round of regional and departmental elections was marked by very high absenteeism. In general, voters have expressed their support for end-of-term presidents, which favors the LR and the Socialist Party (PS), to the detriment of the National Rally and President Macron’s party in the Republique en Marche (LREM), which has a marked disadvantage due to the lack of grassroots organizations.

The second round will be held next Sunday, June 27.

Title image: French President Emmanuel Macron greets voters during the first round of French regional and departmental elections, in Le Touquet-Paris-Plage, northern France, Sunday, June 20, 2021. The elections for leadership councils of France’s 13 regions, from Brittany to Burgundy to the French Riviera, are primarily about local issues like transportation, schools and infrastructure. But leading politicians are using them as a platform to test ideas and win followers ahead of the April presidential election. (Christian Hartmann/Pool via AP)