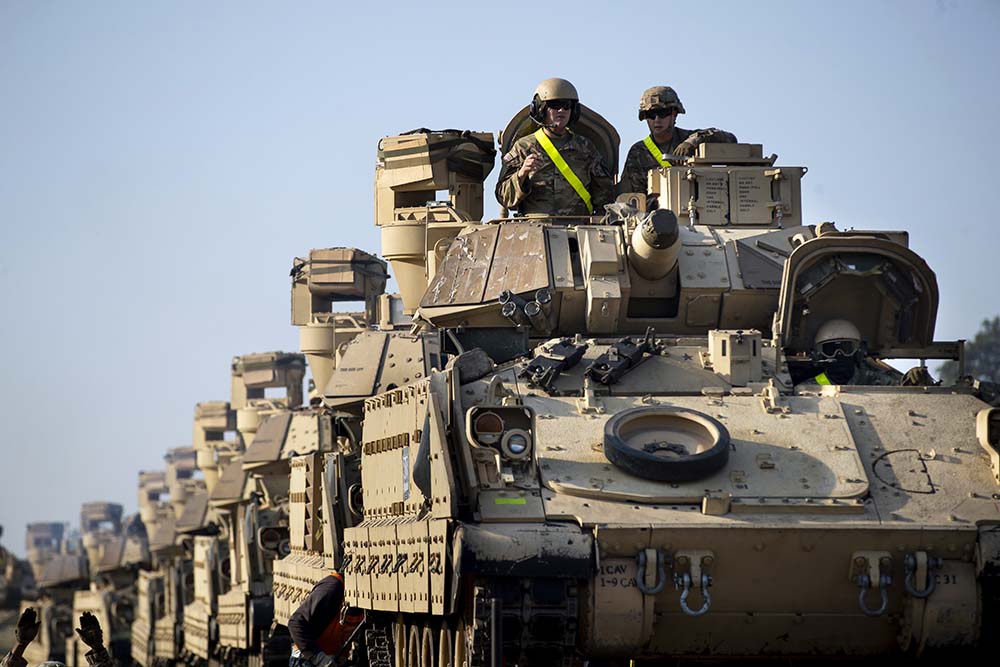 Russia protests potential transfer of US troops to Poland, warns it would be ‘aggressive’ and ‘destabilizing’

President Donald Trump on Monday confirmed that the United States will reduce its troops contingent by 9,500 soldiers and leave 25,000 remaining in Germany, but Russia has protested any decision to place more U.S. troops in Poland.

The Russian Ministry of Foreign Affairs has expressed concern over reports that the U.S. forces may be transferred to Poland, stating that “reconfiguration of troops towards Russian borders can only increase the already heightened tensions for the security situation on the continent.”

Russian Deputy Foreign Minister Sergei Ryabkov said any such move would be “aggressive” and have a “destabilizing and escalating character.”

Secretary General of NATO Jens Stoltenberg confirmed that he had spoken to Trump to whom he communicated his view that the presence of U.S. forces was good for both Europe and the U.S.

According to Polish media outlet Niezalezna, the NATO chief could not confirm when or how the president’s decision will be implemented. He said the NATO ministers would discuss the matter and that for him the central issue was NATO’s “ability to effectively deter and defend”.

Stoltenberg argues that the presence of NATO troops on the eastern flank is not a breach of the NATO-EU act, an agreement from 1997 which committed NATO to desist from increasing its permanent presence in the new member states.

According to the NATO secretary general, the problem is that it is Russia which has breached the agreement with its aggression in Ukraine.

NATO’s chief also talked to German Defense Minister Annegret Kramp-Karrenbauer about the issue of the presence of U.S. troops. He stressed that the U.S. presence in Europe impacts on the security situation outside the continent.

The Ramstein base for instance has been a key base for missions in Iraq, Afghanistan and Africa.

Polish Prime Minister Mateusz Morawiecki stated at the weekend that Poland is attempting to persuade its NATO allies of the need to station more U.S. forces on Polish territory.