Russia’s Zapad 2021: A powerful and threatening display of force 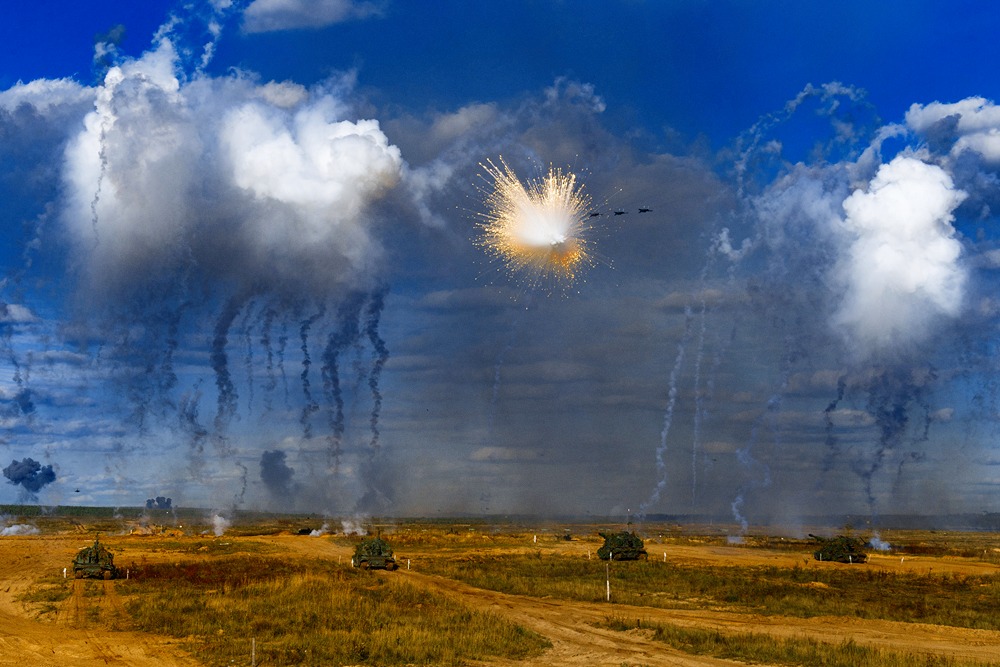 The Russian ministry of defense announced that during the Russian-Belarusian part of the Zapad-2021 military exercises, a tactical landing operation with the participation of dozens of transport and assault helicopters was carried out.

The large-scale operation took place at the Mulino training ground in the Nizhny Novgorod region. The main goal of the exercise was to stop an assault and deploy the forces of a potential opponent in the area of the landing through lightning-speed deployment of Russia’s own troops. The operation was conducted by soldiers from the Ulyanovsk 31st Guards Air Assault Brigade.

The scale of the exercise is worth noting, as 46 different kinds of rotorcrafts took part in it. Among them were 32 Mi-8/Mi-17 transport helicopters and 14 Mi-24/Mi-35 and Ka-52 Alligators assault helicopters. The former transported 2A18 (D-30) 122mm howitzers and light Sarmat-2 aero-mobile vehicles.

The role of the light artillery was to strengthen the power of the Russian paratroopers who were also transported on the helicopters. Therefore, the entire operation was able to swiftly transport basically a landing battalion and light artillery battery in strength. The assault helicopters ensured cover for the landing and fire support for the soldiers.

The Zapad-2021 strategic military exercises are taking place between Sept. 10 and 16 throughout all of Belarus’s territory and nine training grounds in Russia. The exercises take place cyclically every four years and in 2021, they are meant to be the final stage of activity fulfilled as part of the joint Russian and Belarusian training program.

Each edition of these exercises and the scope of their operations is a serious cause for concern for Russia and Belarus’ Western neighbors, especially those from the NATO Eastern flank and NATO itself, which is why they are so carefully observed by the international community.