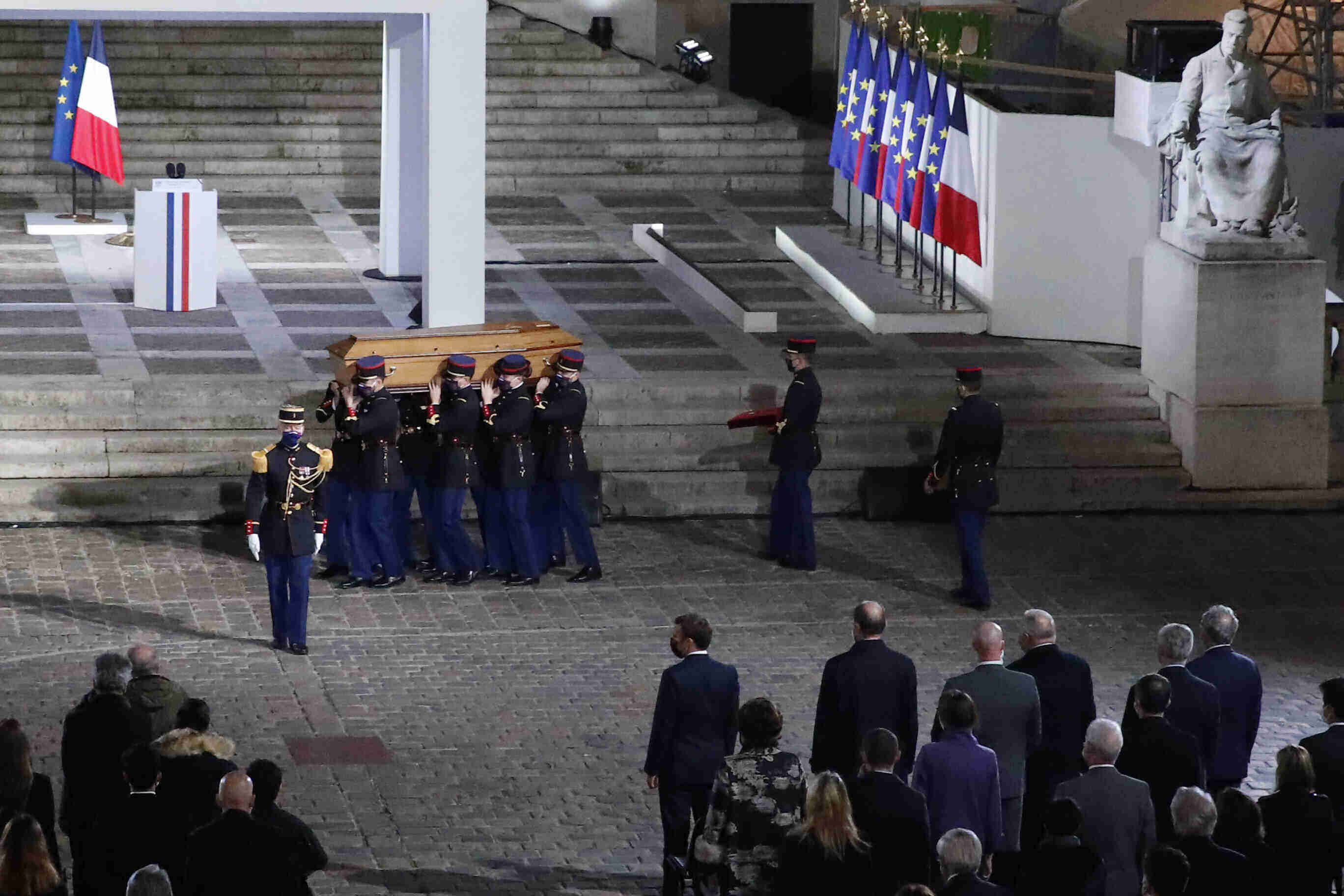 A 13-year-old Muslim student admitted that she was spreading false information about Samuel Paty, a French high school history teacher, which may have contributed to his death. Her lie allegedly triggered an ominous series of events that led to the beheading of Paty by an 18-year-old Chechen. According to media reports, the girl, who was not very successful at school, wanted to please her father with a fictional story.

During a police interrogation this week, the girl admitted that she made up the story about Paty asking a Muslim student to leave the classroom before the teacher played an animated film caricaturing the Prophet Mohammed. The lesson was covering the topic of freedom of speech.

According to available information, the girl told her father that she had been expelled from school for two days after standing up to Paty and defending the Muslim student. According to Le Parisien, the real reason for her expulsion was completely different — the girl simply did not attend classes and did not want her father to find out. At the same time, she was jealous of her sister, who was more successful at school.

The schoolgirl’s words led her father to fill a complaint against the teacher, which triggered a major reaction among Muslims on social media. According to news outlets, it now turned out that the girl was not at school at all on the day of the alleged incident.

The girl’s lawyer, Mbeko Tabula, said on Monday that she was not at school because she was ill.

“She lied because she felt trapped in a spiral because her classmates had asked her to be a spokesperson,” Tabula told AFP, adding that the father, who exhibited inappropriate and unbalanced behavior, should rather be accused.

The father allegedly did not behave towards his daughters in a fair manner, and jealousy between the sisters, for example, could have developed.

Ten days after the girl made up the lie, Paty was brutally beheaded by 18-year-old Chechen Abdoullakh Anzorov, born in Moscow. Police shot the attacker shortly after the murder. The case caused shock in France over the medieval execution, and the murder led the French government to declare a fight against Islamism in the country.

Reuters reported that one of the witnesses heard the attacker shout “Allahu Akbar”, Arabic for “God is the greatest”. After the beheading, police apprehended the Chechen, who tried to flee the scene. Counter-terrorist prosecutor Jean-François Ricard indicated that the terrorist had attacked police officers, who then shot Anzorov.

The Chechen had a permanent residence in France until 2030, as well as the refugee status. His family’s asylum claim had previously been denied by Poland. Before the attack, Anzorov went to Paty’s school and asked the students to show him the teacher.

The girl was charged with slander, and her father was arrested for being “complicit in a terrorist killing”.

Title image: The coffin of slain teacher Samuel Paty is carried in the courtyard of the Sorbonne university during a national memorial event, Wednesday, Oct. 21, 2020 in Paris. French history teacher Samuel Paty was beheaded in Conflans-Sainte-Honorine, northwest of Paris, by a 18-year-old Moscow-born Chechen refugee, who was later shot dead by police. (AP Photo/Francois Mori, Pool) 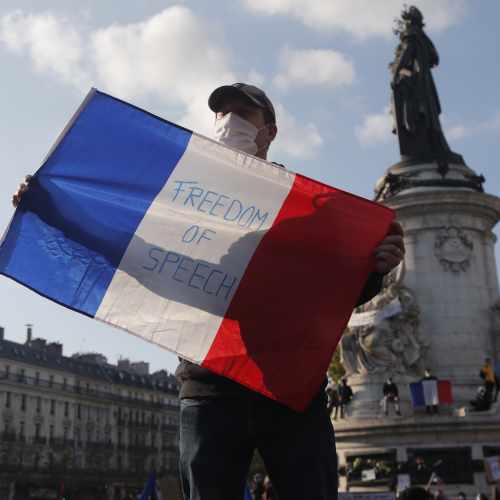