Slovenian PM Janša endorses Trump, says Biden would be ‘one of the weakest presidents in history’ 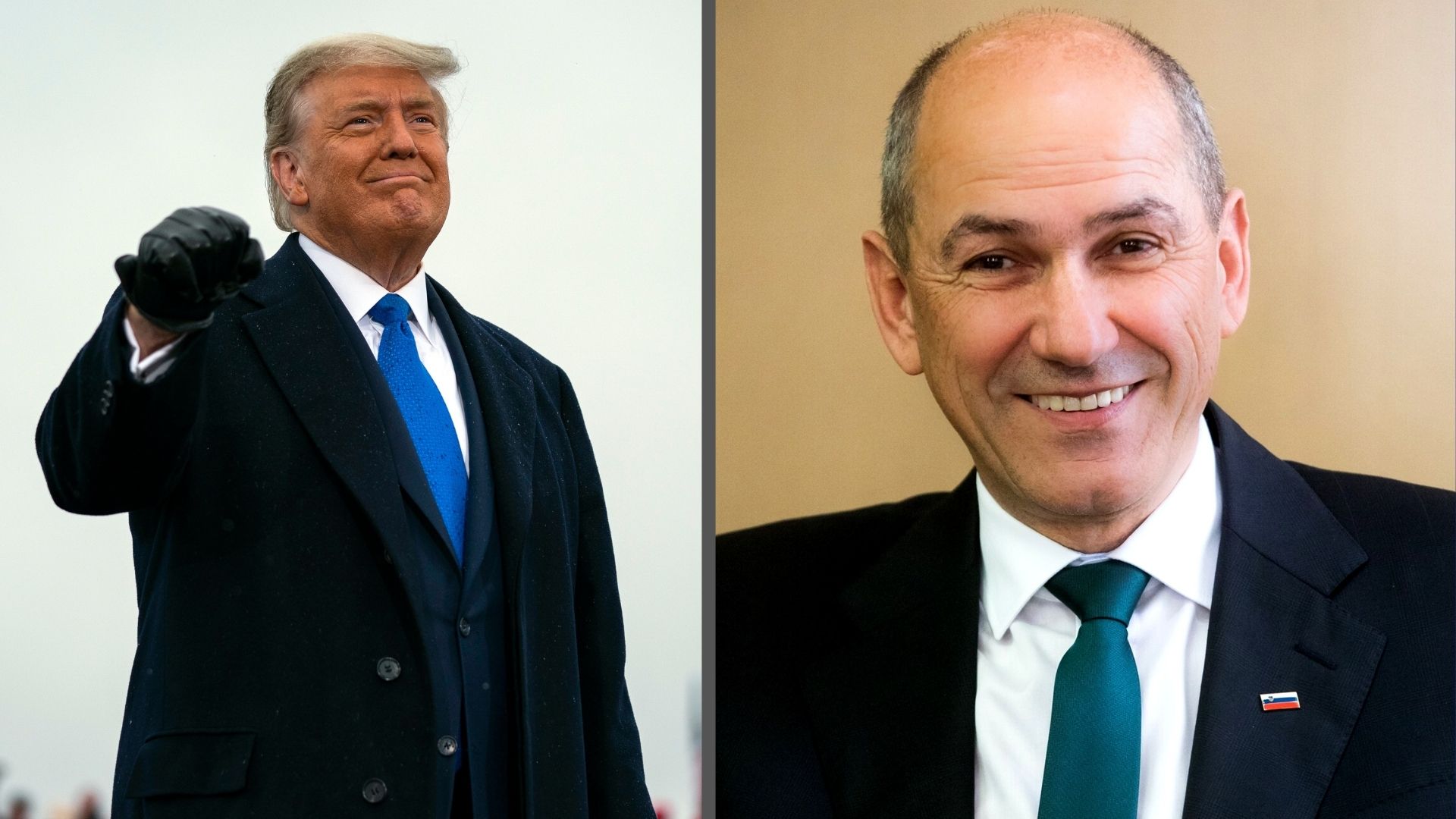 Slovenia’s national conservative prime minister, Janez Janša, last week announced his endorsement for Donald Trump’s reelection bid in a tweet, saying that Democratic candidate Joe Biden — if elected — would be “one of the weakest presidents in history”.

On Friday, the day after the last US presidential debate, the Slovenian prime minister — a key Central European ally of Hungarian Prime Minister Viktor Orbán — gave his two cents on the two candidates.

“We respect the difficult and tragic life story of the presidential candidate Joe Biden and some of his political achievements. However, if elected today, he will represent one of the weakest presidents in history. When a free world desperately needs STRONG #US as never before. Go, win, Trump!” Janša wrote in a tweet.

We respect difficult, tragic personal life of @JoeBiden and some of his political achievements years ago. But today, if elected, he would be one of the weakest presidents in history. When a free world desperately needs STRONG #US as never before. Go, win, @realDonaldTrump ????

Slovenia, situated between Italy, Austria, Hungary, and Croatia, just so happens to be the birthplace of Donald Trump’s wife and first lady, Melania Trump.

After being elected as prime minister in March of this year, Janša promised to boost the country’s birthrates, strengthen its borders, and restore compulsory military service.

Janša is one of many high profile European politicians to endorse Donald Trump’s reelection bid.

Earlier this year in September, Hungarian Prime Minister Viktor Orbán endorsed Donald Trump’s reelection bid for the US presidency. Following his endorsement, Orbán slammed the Democratic Party for imposing an obnoxious “moral imperialism” on Hungary and the rest of the world.

“We root for Donald Trump’s victory, because we know well American Democratic governments’ diplomacy, built on moral imperialism. We have been forced to sample it before, we did not like it, we do not want seconds,” Orban wrote in an essay featured in the Hungarian newspaper Magyar Nemzet.

Biden has since called both Hungary and Poland “totalitarian regimes“, a label that the Hungarian government has firmly rejected. Zoltán Kovács, Hungary’s Secretary of State for Public Diplomacy and Relations, slammed Biden’s comment as having “nothing to do with reality”.

In mid-October, Senator Matteo Salvini, Italy’s former interior minister and deputy prime minister, endorsed the US president’s 2020 reelection bid when he wore a “Trump 2020” facemask inside the Italian parliament, just before delivering an address to his colleagues in the Senate.

Salvini, the leader of the populist League party and Italy’s most popular politician, has been an outspoken supporter of Trump in the past, saying last year that when he reassumes his position as Italy’s de-facto head of state, that he wants an alliance with Trump and other national conservative leaders like those in Brazil and Israel. Salvini also supported Trump’s bid for president in 2016, saying that he would much prefer the “legality and security” of a Trump presidency to the “disastrous” policies of Barack Obama and Angela Merkel.

Dodik, on Friday, called on Serbs living in the United States to vote for Trump. The Serb member of Bosnia’s three-member presidency then said: “Serbs will certainly not vote for Biden — he’s simply a Serb hater.”