Soros will never stop his campaign against Hungary 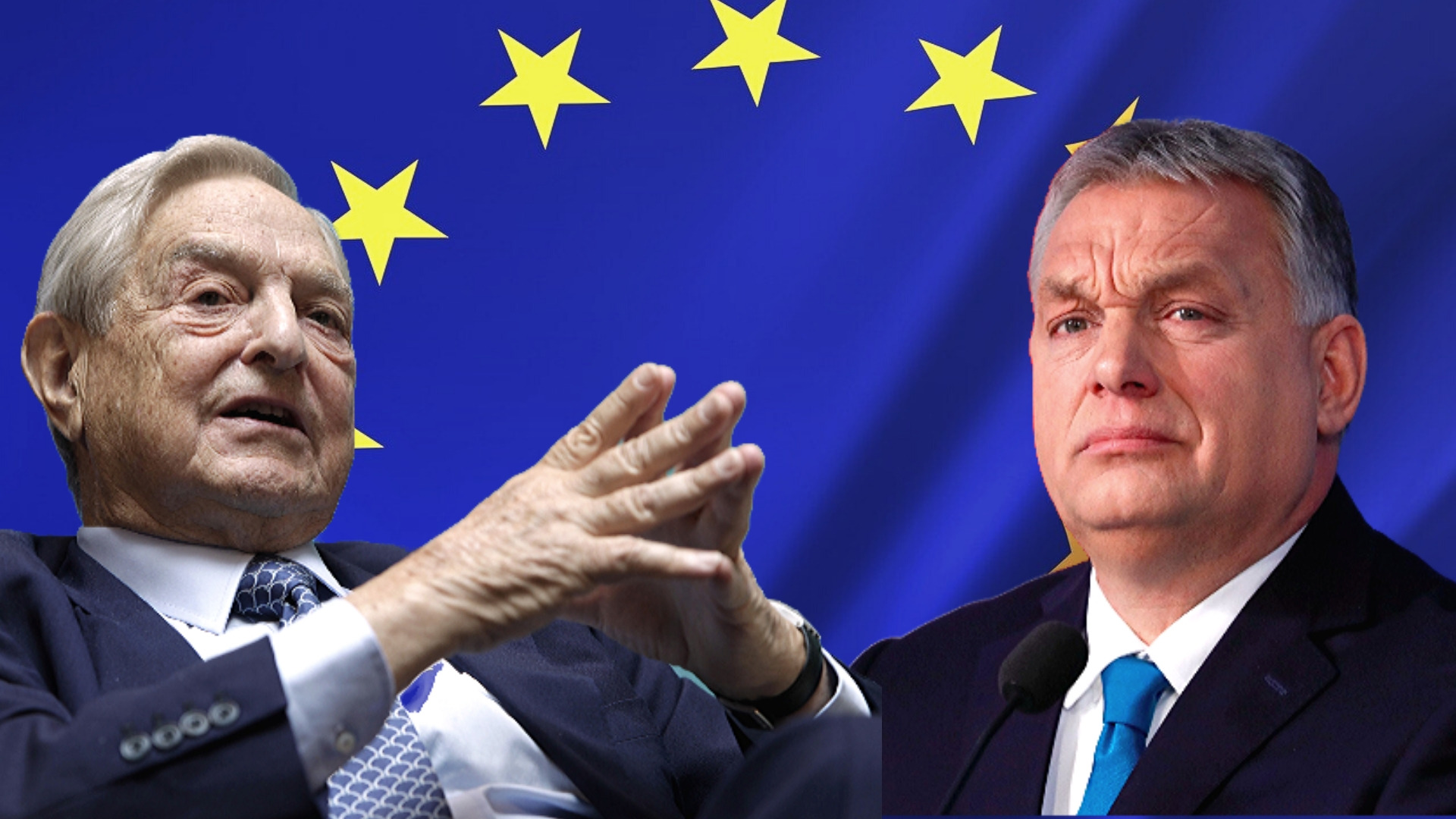 Hungary continues to be punished for its stance on migration after the European General Affairs Council held another Article 7 hearing on Dec. 10, thereby continuing a process that has already plagued Hungary for 15 months.

The campaign to apply Article 7 to Hungary is supported by a number of Soros-backed politicians, and despite the session including topics such as the “rule of law” and “freedom of the press” in Hungary, the hearing itself featured a number of clear violations of the General Affairs Council rules as well as a general disinterest in the facts offered by the Hungarian government in its defense.

The European Council is violating its own rules

Despite the hearing allegedly being about the rule of law in Hungary, Prime Minister Viktor Orbán’s government noted that the European Council was participating in an egregious abuse of power during the session, with member states were playing fast and loose with the procedure for adding new items to the agenda.

The Finnish presidency, which is currently leading the European Council on a rotating basis until Dec. 31, 2019, failed to consult Hungary in its decision to add the Article 7 proceedings during the Dec. 10 General Affairs Council meeting. Hungary was only informed when a preliminary draft agenda was circulated amongst all EU member states.

The agenda was simply proposed by the Finnish presidency but EU member states never had an opportunity to raise questions or objections about holding another hearing. Additionally, it had already been decided that the last hearing that took place in September under the Austrian presidency would be the last and only opportunity for the European Parliament to present its porposal in an Article 7 hearing.

“We agreed that the European Parliament will be given a single opportunity to present its reasoned proposal during an informal meeting organised by the Presidency where reps of member states are invited,” said Zoltan Kovacs, the spokesman for Orbán. “This meeting took place under the Austrian Presidency of the Council.”

The Finnish presidency ignored the prior agreement and began the Dec. 10 hearing without specifying what subjects would be debated. This information was only released later when it was clear the hearing would occur.

Judit Varga, the Hungarian minister of Justice, presented Hungary’s defense during the Dec. 10 session, but noted that the questions posed by EU members during the session regarding the rule of law and academic freedom have been answered many times before.

“We’ve been here for more than 15 months now and this procedure leads us nowhere. It’s based on false accusations and it creates mistrust amongst the member states,” she said.

She called on the EU to change course, saying “Let’s end this witch hunt” and “move on to face European challenges together in a mutually respectful manner.”

Kovacs expressed his frustration with the EU, pointing out on social media just how relentless the Soros has been in his campaign against Hungary.

1/3 I’m here in Brussels as part of the HU delegation for yet another hearing on Hungary, yet another desperate attempt from the Soros orchestra to continue its affront against Hungary. @hhc_helsinki @AmnestyHungary @hrw @globalfreemedia

The campaign against Hungary has seen the same George Soros-backed politicians and unelected Soros-funded NGOs making it clear that Hungary’s democratically-elected government is their prime target along with Poland.

That is why there is little sign that the EU will stop its efforts to apply Article 7 to Hungary or Poland, which is also faced an Article 7 session on Dec. 10.

“I would say that we heard from Hungary and Poland that everything is fine, and my reaction is, the concerns have not been addressed. We need to discuss further, we need to understand the situation, we need to come to the solutions,” said Věra Jourová, European commissioner for Values and Transparency at the General Affairs Council.

She also said it is important for member states to be “again convinced whether they can trust Hungary and Poland.”

Jourová and other European politicians have been active against Hungary often have direct ties to Soros, such as Vice President-designate Franz Timmermans, Commissioner Didier Reynders and Pekka Haavisto, a Green Party member of the Finnish Parliament.

Jourova has also been photographed with Soros and his son.

Lobbyfacts.eu has shown that lobbyists from one of Soros’ flagship NGOs, the Open Society European Policy Institute, had at least 49 meetings with senior Commission officials, including commissioners, cabinet members and directors-general between 2014 and 2018.

Soros is on record saying, “We are actively engaged with everyone, particularly in my native Hungary, where our approach is in direct opposition to the one advocated by the current prime minister, Viktor Orbán.”

He has also said that Orbán has turned Hungary into a “Mafia state” and despite of Soros’ emphasis on “democracy” has consistently targeted the democratically-elected Orbán regardless of the Hungarian leader’s continued strong support from the Hungarian electorate.

Hungary being punished for its migration stance

Kovacs asked that Hungary only be judged within the narrow confine of the actual law and procedures laid out by the European Council.

“Those who posed the questions demonstrated no interest in facts because this isn’t about facts and rule-bound procedures. This is a political campaign against a government of Hungary that stands in the way of the agenda that Soros and his liberal allies are determined to push,” he said.

Kovacs was blunt about the reasons behind the EU’s aggressive stance towards Hungary, saying, “We’re attacked because we reject migration.”

Varga also echoed Kovacs’ sentiments, saying the hearing “was yet another stage in the revenge campaign by pro-migration forces.”

The Article 7 hearing also represented the eleventh hearing held by EU institutions regarding Hungary in just nine years, and despite the same topics having been exhaustively discussed, the EU is still pursuing Hungary over freedom of the judiciary, freedom of the press and academic freedom.

The failure to follow procedure during the General Affairs Council session follows on the heels of the European Parliament’s Sargentini report in 2018, which claimed the rule of law was “waning” in Hungary.

Hungary has sought to nullify the Sargentini report in the European Court of Justice over the fact that the methods for calculating votes during the resolution violated procedural rules. Hungary’s government plead inter alia that the European Parliament breached 354(4) TFEU as well as Article 178(3) of its own rules and procedures when it excluded abstentions. If those abstention votes had been counted, the resolution would have never been adopted.

Nonetheless, the Hungarian government chose to address the Sargentini report in the spirit of cooperation, refuting many of the accusations made against the country.

Despite the continuing campaign against Hungary regarding Article 7, applying the article to Hungary would require unanimous support from all EU member states, which most analysts believe is likely an impossibility, especially with Visegrad Four member states allied with Hungary opposed to such a measure.

Hungary is hoping that under the new European Commission president the country will fare better but there are still grave concerns.

“We had hoped – and we still have reason to be hopeful with Ursula von der Leyen’s leadership – that this new European Commission will take a new, more constructive direction,” said Kovacs. “But we’re troubled to see some familiar faces, who express an intention to do everything possible to keep this process from concluding.”

Commissioner Didier Reynders indicated they are unlikely to stop their pursuit of Article 7 against Hungary, with Reynders’ saying during the Dec. 10 hearing that it will be a “never-ending process.”