The boy who built the ship plans an even bigger one. 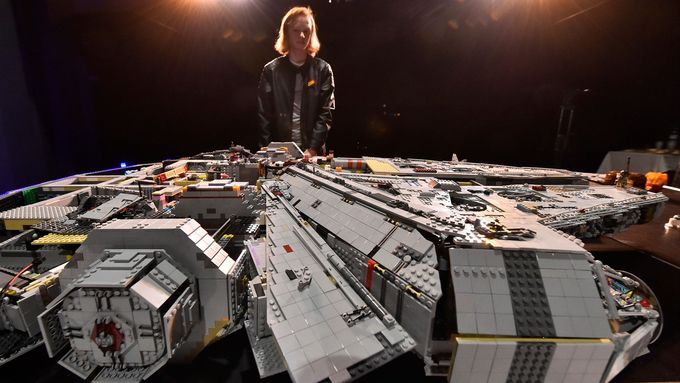 Radek Popík began working on the model, which includes a detailed interior, for almost a year. The final version measures over 160 centimeters while the Lego kit to build the same spacecraft is barely a third in size. Due to the boy’s efforts, a Czech agency registered Popík’s work as a new Czech record.

Popík began to build the Star Wars ship at the age of 14. He exhibited the model in Denmark twice and had plans to go to an exhibition to the United States as well in January. However, he could not find any adult to accompany him on the trip, so he had to cancel it.

Popík says his family does not really support his hobby.

“I’m not even allowed to have a single piece of Lego at home. I have to assemble all my models in a room above our garage,” Popík said. His goal is to build a 5-meter long Falcon, surpassing an Australian builder whose creation measures about 4 meters.

Popík’s Millenium Falcon design was inspired by Lego’s commercial model. Its rectangular base gives the ship stability, even if it needs to be transported in parts. Popík used a great number of very small pieces to build the ship “because they’re the cheapest.”