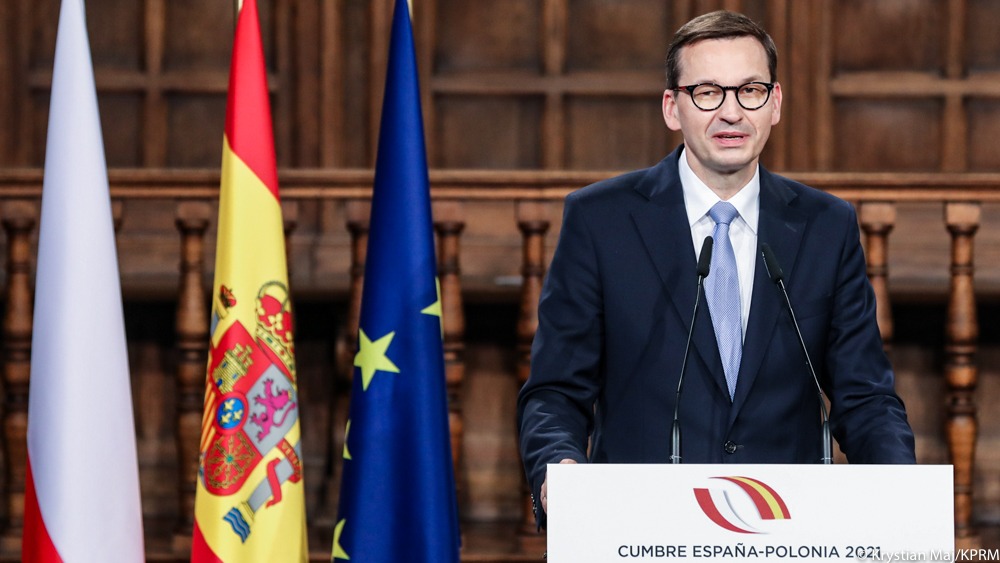 Spain will particpate in the construction of the Central Communication Port (CPK), a major Polish project that will bring high-speed railways and other vital transportation infrastructure to the country.

During the Polish state visit to Spain on Monday and Tuesday, the deputy minister of infrastructure, Marcin Horała, signed an agreement for cooperation on the CPK with Spanish Minister of Transport Jose Luis.

According to the CPK company, the agreement mainly concerns developing a network of high-speed railways in Poland. Spain is one of the world’s leaders in the area of developing and managing a system of high speed trains and the Polish state is interested in learning from their experiences.

The Spanish high-speed Alta Velocidad Espanola (AVE) has been running since 1992. Within less than 30 years, it has become the largest high-speed train network in Europe and is constantly being developed and improved. The manager of railway infrastructure in Spain is the state-owned ADIF company, while AVE trains are operated by RENFE.

The CPK railway program entails the construction of almost 1,800 kilometers of new connections by the end of 2034. This investment includes 12 new train routes which will connect different regions in Poland with the CPK and Warsaw.

Several agreements were also signed during the state visit in the presence of prime ministers Mateusz Morawiecki and Pedro Sanchez. They mostly concerned Polish-Spanish cooperation in the areas of industrial policy, cybersecurity and cooperation between the foreign ministries.

“We are on the eve of a great infrastructural leap and are facing at least a 10-year period of construction. We want to benefit from the experience and cooperation with Spanish companies,” Morawiecki said.

He added that Europe should be independent and sovereign, also when it came to public health and vaccines.

“This is why this strategic autonomy should be understood as strengthening the security sector and an economic strengthening of the entire European Union,” he stated.

Earlier, the prime ministers led the 13th Polish-Spanish intergovernmental consultations. A ceremony was held at its end during which agreements were signed by both countries’ economic and foreign ministers.

The agreement on cooperation in terms of industrial policy was signed by the Deputy Prime Minister and Minister of Development and Labor Jarosław Gowin.

The planned Polish Central Communication Port is a giant airport and transfer complex between Poland and Łódź which is meant to integrate air, road and rail transport. It will be able to serve 45 million passengers per year and is planned to completed by 2027.