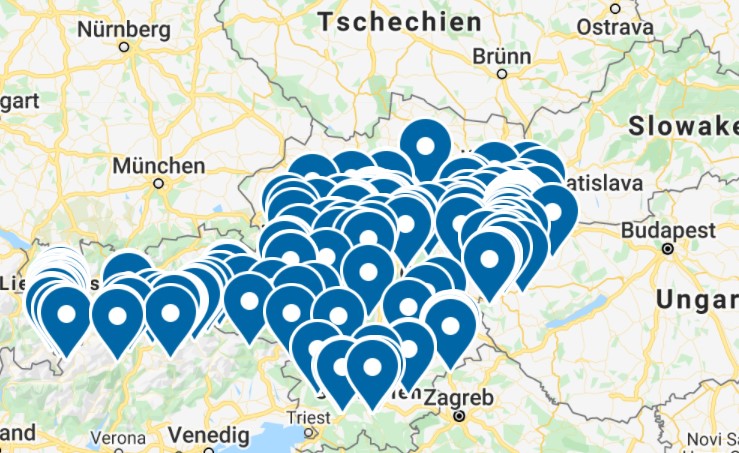 In Austria, an interactive map of Islam displaying over 600 mosques, prayer houses, and Muslim associations operating in the country is sparking controversy and leading to those behind the project to require protective police custody.

According to the creators, it is intended to provide an overview of those locations which spreads a potentially dangerous interpretation of Islam. However, some domestic and foreign critics claim the map is racist despite the fact that it only has to do with religion and not ethnicity.

The map of Islam was prepared by the Documentation Center for Political Islam (Dokumentationsstelle Politischer Islam), established last year by the current government of ÖVP and the Greens, in collaboration with theologians from the University of Vienna. The goal is to “scientifically document and research” political Islam.

“We registered and described 623 associations, organizations, and mosques,” said project leader Ednan Aslan, adding that the goal was to provide transparent data that could help integrate Muslims into mainstream society. Aslan is of Turkish descent.

The second goal was to draw the attention of politicians to the “dangerous tendencies” that, according to him, lead to the majority of Muslims in Austria suffering. In addition, the Center also published extensive summaries of the main organizations promoting political Islam in Austria, including their ideological background and links abroad.

According to Integration Minister Susanne Raab, the map is by no means intended to make Muslims look like suspicious individuals. On the other hand, according to her, it is not possible to “close our eyes” and ignore the “dangerous development of political Islam,” which she says is a threat to the Austrian value system and liberal democracy. According to Raab, the task of politicians is to prevent such ideologies from spreading “under the guise of tolerance.”

The project was sharply criticized by the Islamic community in Austria (IGGÖ), according to which it is “an obvious effort by the government to stigmatize all Muslims living in Austria as a potential threat.”

The organization added in a statement that the map “encourages racism” and — given the fact that it publishes the addresses of individual mosques and associations — exposes Muslims to “a massive security risk.”

The map was also condemned as “another ÖVP attack on Muslims” by some Social Democrats (SPÖ), and the Greens also distanced themselves from it, despite being in the government with the People’s Party (ÖVP). It was also rejected by the Evangelical Church in Austria, known for its left-wing stance on many social issues, and the Council of Europe’s representative for combating anti-Semitism and hatred towards Muslims. Turkish President Recep Tayyip Erdoğan joined opponents of the project on Friday. Via his spokesman in Austria, he said that the map was “xenophobic, racist and anti-Islamic.”

Raab announced on Monday that she had been the target of dthreats on social media and that the case was being handled by the BVT intelligence service and the police. The project leader Aslan had to receive police protection, as well, and another of the project’s co-authors, theologian and sociologist Mouhanad Khorchide, also faces threats.