Statue of BLM protester replaces one of Bristol slave trader

The sculptor did not ask for permission to erect the statue 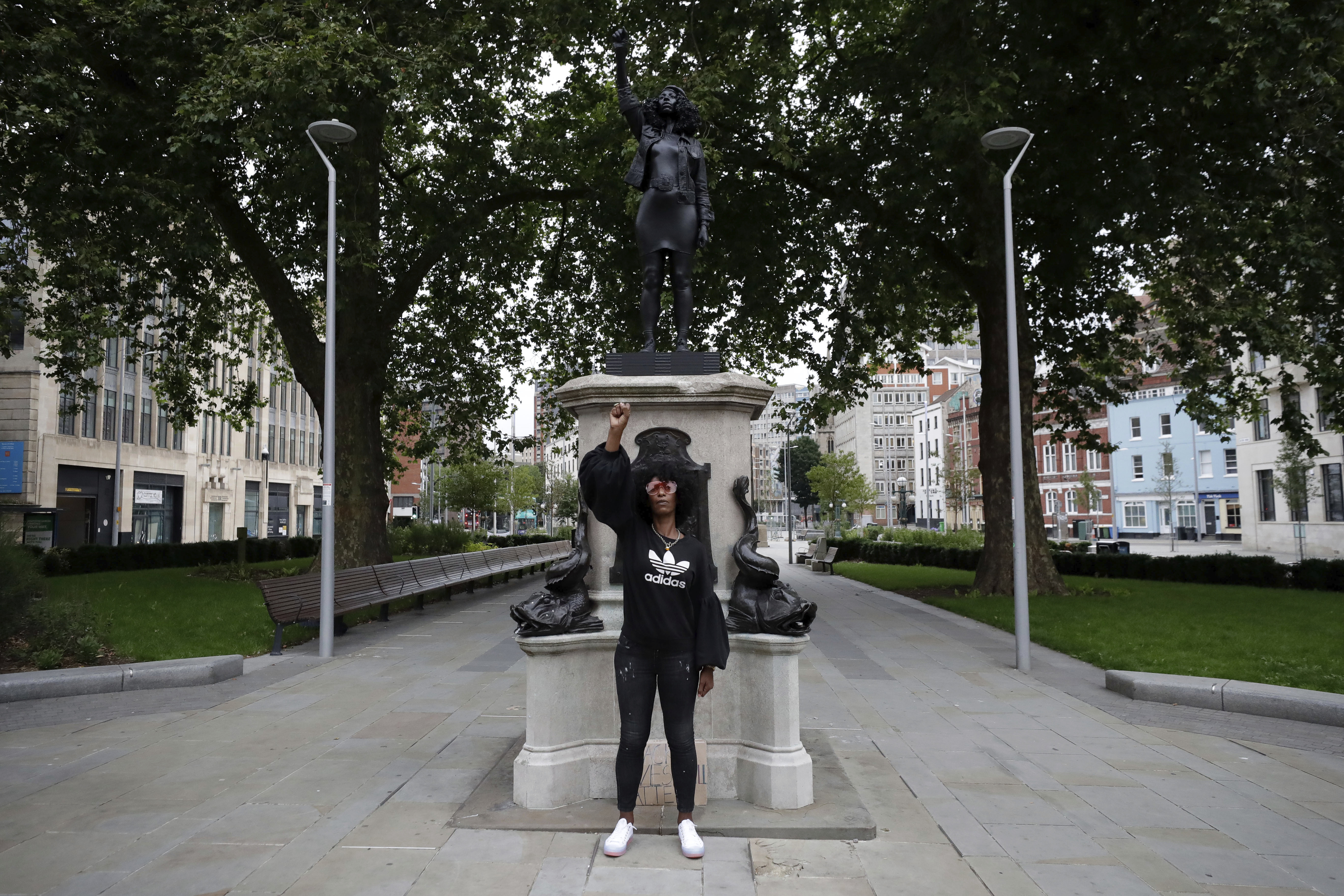 Last month, during the Black Lives Matter protests, demonstrators in Bristol, England, threw the statue of slave trader Edward Colston into the River Avon. However, on Wednesday, a new statue depicting one of the BLM protesters appeared on the plinth of the removed statue.

The piece was created by British artist Marc Quinn, who was inspired by a photo posted on social media networks, which depicts the protester Jen Reid as she stepped on an empty plinth and raised her right fist.

“My friend … showed me a picture on Instagram of Jen standing on the plinth in Bristol with her fist in a Black Power salute,” said Quinn, who contacted Reid to get her permission to create the sculpture.

Quinn officially called his work A Surge of Power (Jen Reid) 2020. However, the sculpture, created from black resin, will probably not remain on the plinth as the artist did not discuss putting up the piece with local authorities.

Bristol Mayor Marvin Rees confirmed that the installation of the statue had not been requested or authorized by the city on his Twitter account.

I understand people want expression, but the statue has been put up without permission.

Anything put on the plinth outside of the process we've put in place will have to be removed.

The people of Bristol will decide its future. https://t.co/dEsZF9kNRt

However, Quinn has already prepared a back-up plan for the statue, intending to sell it and donate the profits to two charities that promote the inclusion of Black history in school curricula.

While many have praised the statue, some people on social media pointed out that the Black Lives Matter movement is also related to the attempts of the radical left to dismantle current economic and social structures.

“I find it hard to believe people with lifting gear erect that statue and nobody saw it, no CCTV captured anything? Something stinks in Bristol…its the wiping of history and culture and replacing it with a Marxist culture that’s never worked anywhere. Do something,” says one of the comments under the Bristol Mayor´s post.

Title image: Jen Reid poses for photographs in front of the new black resin and steel statue portraying her entitled “A Surge of Power (Jen Reid) 2020” by artist Marc Quinn after the statue was put up this morning on the empty plinth of the toppled statue of 17th century slave trader Edward Colston, which was pulled down during a Black Lives Matter protest in Bristol, England, Wednesday, July 15, 2020. On June 7, anti-racism demonstrators pulled the 18-foot (5.5 meter) bronze likeness of Colston down, dragged it to the nearby harbor and dumped it in the River Avon, sparking both delight and dismay in Britain and beyond. (AP Photo/Matt Dunham)