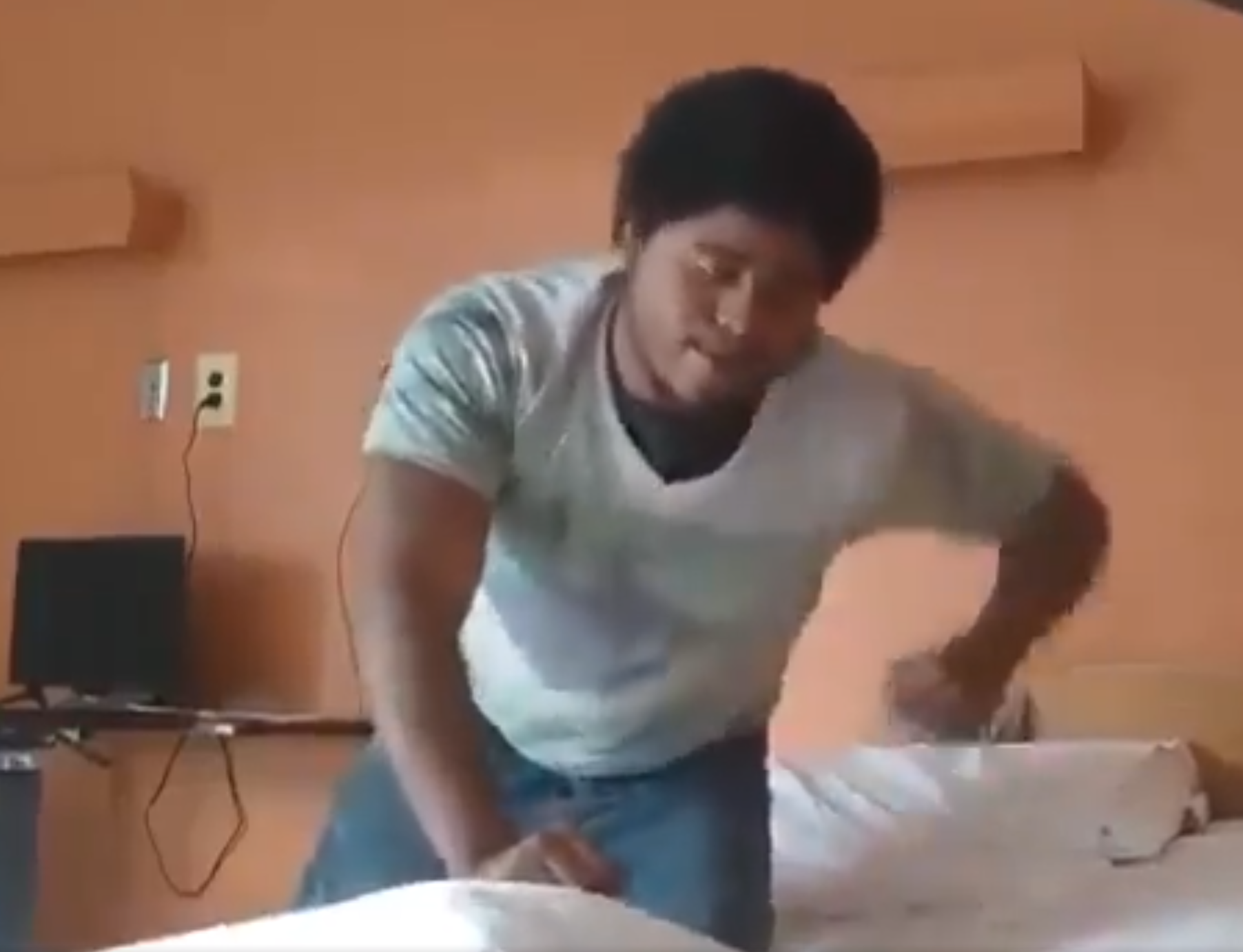 An elderly white man in a nursing home in Detroit, Michigan was viciously beaten by 20-year-old Jaden T. Hayden, who recorded the whole incident on video, sparking a firestorm on social media and prompting President Donald Trump to decry the abuse of the defenseless man.

In the shocking footage, Hayden repeatedly punches the elderly man, identified as Norman Bledsoe, in the face. However, Blesdoe, who is a U.S. military veteran, was not the only victim of Hayden, who also recorded himself beating another woman living in the nursing home. Another video that the suspect himself uploaded and shared also suggests that he was responsible for a “drugging prank” in the same nursing home.

The graphic video of the elderly man being abused was spread widely and seen by millions of social media users (Update: The original tweet from Twitter user @mknrdt linked to this article has been deleted by Twitter. Well-known conservative James Woods also said that Twitter forced him to remove the video, or they would keep his account locked. This article has been updated with a BitChute link as video of the incident disappears from the web. Further in this article is also a link to archived videos of the other attacks Hayden filmed on nursing home residents).

Hayden also uploaded a number of racially charged videos to YouTube, with one entitled “Why black people became slaves”. In the video, the suspect proclaims that “the black race is the chosen race, the black race was supposed to rule the earth, but now…they have to go to the white man for everything and that’s not good.”

The Youtube video has added a racial dimension to the incident and raised calls to investigate the assault as a hate crime.

Straight hate crime! Sick of the double standards. I bet you #JaydonHayden did that many times before his big smart brain was like “ummm let me record myself, beating this old man, and I’ll spew my racist ideologies too” straight hate crime. This is a SHAME.

Internet users also pointed out Hayden’s Youtube channel, which on top of his rants about black power, has two other videos that featured abuse of elderly patients. Although Hayden’s channel has been removed by Youtube, the graphic videos he uploaded have been archived.

Although Hayden, who was a patient in the nursing home for rehabilitation, was arrested by the police, the case left many people wondering why the incident received little to no coverage on many major news networks.

Once footage of the incident went viral, President Trump took to Twitter to condemn the abuse of the elderly man, writing, “Is this even possible to believe? Can this be for real?’ Where is this nursing home, how is the victim doing?”

It appears that the suspect may have made multiple videos of himself abusing elderly victims. In the first one that went viral, Hayden grabs the camera and films himself punching an elderly man in the face multiple times. The victim tries to shield his face from the blows. The victim is then grabbed by the neck and pulled off the bed.

The aggressor proceeds to turn the camera around to show the injuries he has caused his victim, which shows the elderly man with blood streaming down his face.

In the footage, Hayden holds a fist out in front of a what is presumably a smartphone camera and then proceeds to launch an attack on another senior who is lying in bed.

It is not the only incident caught on video of African Americans abusing elderly white people in nursing homes, with noted conservative commentator James Woods posting the video of another shocking case on Twitter that has reached over 1 million views.

Nursing home abuse is a huge issue in the US as about five million seniors are victims of abuse each year. This means that one in ten seniors have experienced some form of abuse. It is also estimated that many more seniors are abused each year but are unable or unwililng to report it.

According to the World Health Organization, one in six elderly people have experienced abuse. The 2017 study, based on research in 28 countries in different parts of the world, suggests that almost 16 percent of people of 60 years of age or older have dealt with some kind of physical or emotional abuse. However, WHO added that seniors report only about one in 24 cases of abuse.

A snapshot of senior care in Europe

Senior care in the United States ranks especially poorly compared to other wealthy nations. A 2017 Commonwealth Fund international health policy survey of older adults examined 11 wealthy countries and found the U.S. ranked at the bottom or near to the bottom in categories that included affordability, timeliness of care, care coordination, and access for senior care.

One of the most common criticisms of the U.S. healthcare system is the lack of affordable coverage, but nearly all of the subjects of the study had access to universal healthcare through Medicare as they were 65 or older.

The study found that senior care in Europe was far better, but stark differences were still noted between countries. In countries like Norway and Sweden, which ranked near the top, rates of economic vulnerability for seniors were the lowest.

Other news reports have found that countries in Central Europe are reportedly becoming an attractive destination for seniors in countries like Germany and Austria.

“I came to this home not only because of financial reasons but because it is very nice here and I can afford it. In Styria or anywhere in Austria I would have to pay double what I am paying here,” said Heinrich Farber, a German, to Reuters about moving to a Hungarian nursing home.

Another patient from Germany, Hannelore Konemann, said, “My husband died three and three-quarter years ago and I just couldn’t handle being alone. I just had to have people near me. How can I describe it? The first visit here was to look around. He showed me all the different rooms and this was the icing on the cake and then it was clear for me that I would have to come here. And the fact that I would get such nice rooms I would never have dared dream of. In Germany, you get one small room, like a bird cage.”

Concerns have still been raised about elderly people moving to different countries, including language barriers and the amount of confusion and alienation that can potentially arise in such situations.

The Netherlands is another example of a country in Europe where senior care is given priority, and which has been lauded for its well-run public nursing home system.

The Netherlands made the decision decades ago to remove the responsibility from families to care for the elderly and create a public care system for this group of people.

“Today, the Netherlands has a very good network of outpatient services and other help for households,” said Dr. Vincent Horn, a research associate at Johannes Gutenberg University in Mainz, Germany.

Austria, has also implemented quality-assured 24-hour care into law in 2007, ensuring every senior is entitled to a certain level of care in the country.

Still, there are cases of elder abuse in Europe as well.

The Council of Seniors of the Czech Republic says there are no statistics about elder abuse available for the country, but that many cases of abuse go unreported.

“The number of cases we know of is only the tip of the iceberg. It is estimated that 85 percent of cases of abuse are not reported at all,” stated Jan Lorman, the director of the Život 90 institute.

In 2019, Czechs were moved by the case of abuse in one of the nursing homes in Ostrava in the east of the country. As several nurses in the Slunečnice nursing home were accused of emotional abuse of the residents. The inappropriate behavior of caregivers was pointed out by Seznam Zprávy journalists, who infiltrated the nursing home and followed the situation in the facility for eight months.

Journalists noted that the elderly people were exposed to humiliating practices, with one of the residents being undressed by a nurse in the common areas.

“You pig, you stink again,” said one of the nurses to another patient.

While nobody was physically abused in the Czech incident as was the case in the recent U.S. case of elderly abuse involving Hayden, the news still came as a shock in the Czech Republic.

Since 2017, seniors in Czechia are classified as particularly vulnerable victims of crime, which guarantees them special treatment when reporting crimes. In terms of ensuring justice for the elderly, the Czech law is fair, says vice-chairman of the Council of Seniors of the Czech Republic Miland Taraba, pointing out that judges usually decide for the toughest sentence possible. 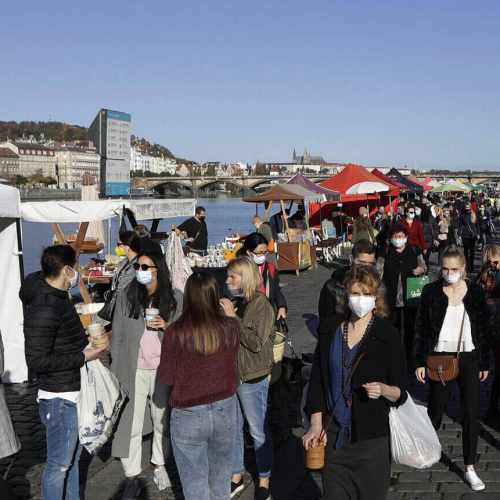 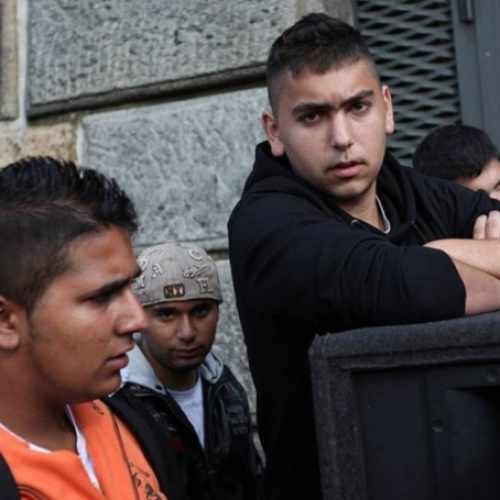 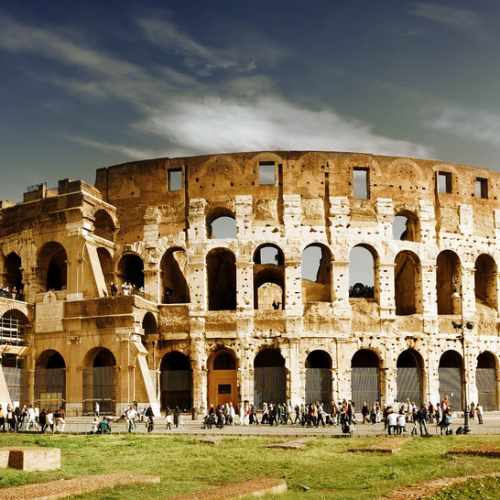