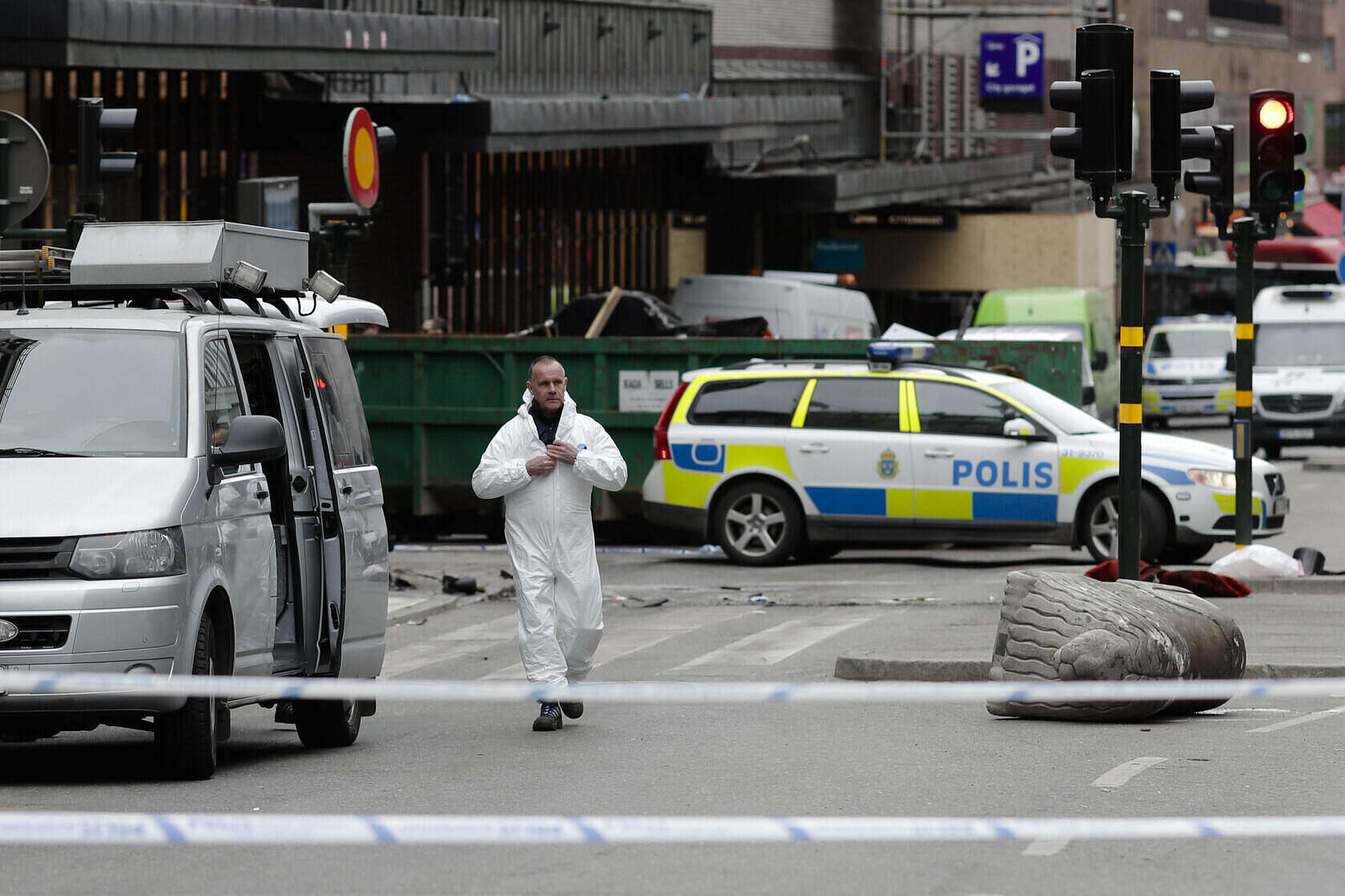 A street is cordoned off near the department store Ahlens following Friday's suspected terror attack in central Stockholm, Sweden, Saturday, April 8, 2017. Swedish Prime Minister Stefan Lofven says everything indicates a truck that has crashed into a major department store in downtown Stockholm is "a terror attack." (AP Photo/Markus Schreiber)

Afghan Tamim Sultani was sentenced to life in prison in Sweden on Wednesday for attacking and injuring seven people with a knife in the southern part of the country in March.

The 22-year-old Afghan arrived in Sweden in 2018. During the trial, Tamim Sultani said that he felt bad at the time, that he was angry with one person who “harassed” him. So he went home, took a knife, went to the station in Vetland, and attacked two men at random. He does not remember why he attacked them or how he got to the station at all.

“It was as if my brain had stopped working. I felt very bad mentally,“ Sultani said in court.

The attack lasted 18 minutes, during which he managed to stab seven people, three of whom suffered severe injuries. Police arrived after people reported several wounded, according to public television SVT. During the arrest, the attacker was shot in the leg and taken to hospital.

The media originally reported that eight people had been stabbed, but later corrected the figure to seven between the ages of twenty and seventy. During the attack, three people suffered critical injuries, two people were injured seriously, and two lightly.

Following his arrest, and based on a court ruling, he underwent a forensic psychiatric examination. It turned out that he did not suffer from any serious mental disorders during the act, and therefore he could stand trial.