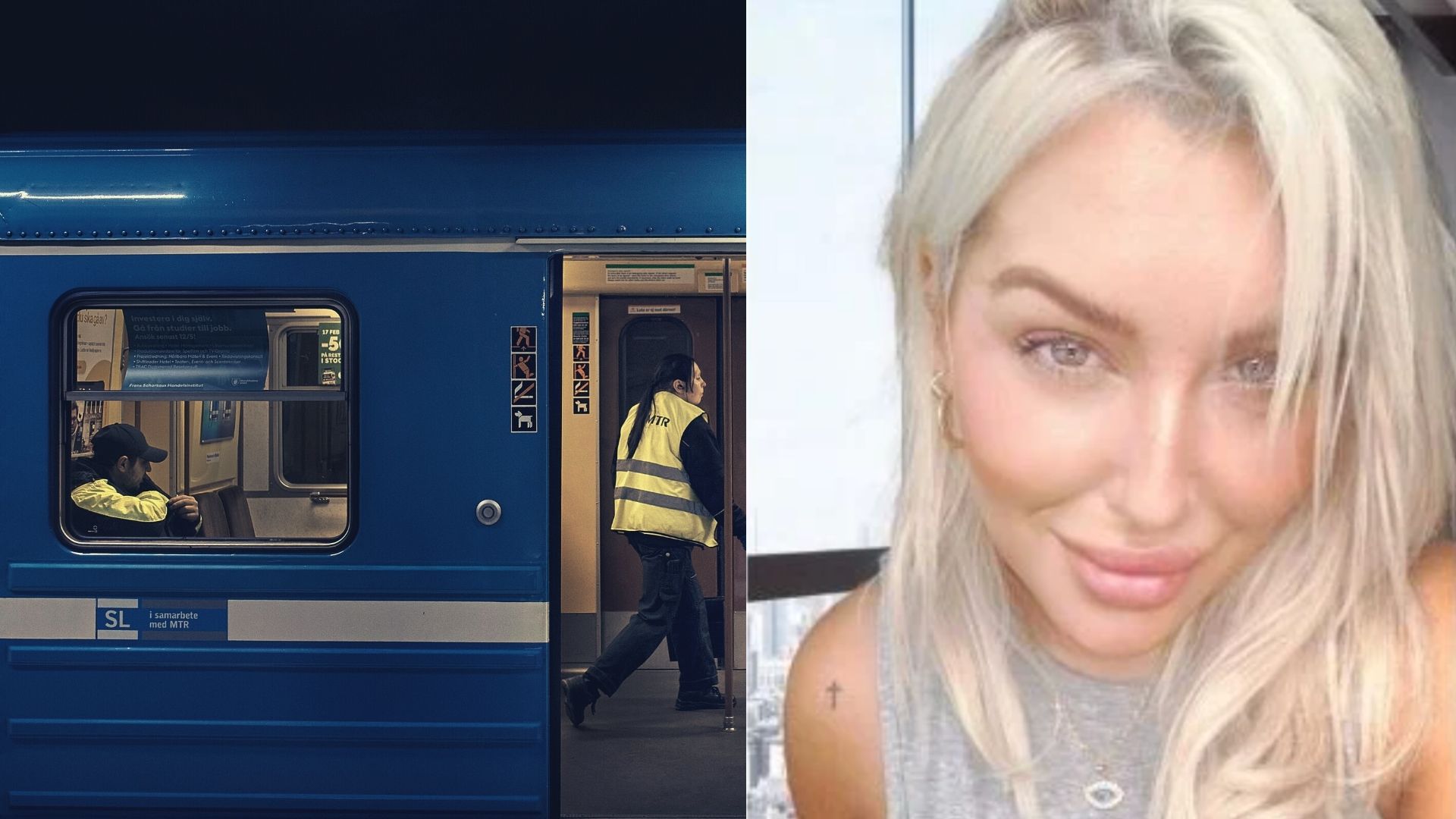 On Friday night, Natalie was traveling by public transport in Stockholm when an immigrant gang of men spotted her. They started harassing Natalie by sitting on her, and when she asked for space, she was told, “What did you say you little whore?”

The gang then turned violent and attacked Natalie (pictured above) in front of about 50 metro train passengers who just watched without intervening.

The incident happened around 9:00 p.m. Natalie described the man who attacked her as three Arabs and one African in their 20s and 25s.

The Samhällsnytt online daily spoke to Natalie on Sunday, when she was still visibly shaken by what happened to her.

“I stepped on the metro, and just when I sat down, someone came and sat on me. I asked the person to move because he was literally sitting on half my hip. The person said, ‘Huh, what did you say?’ I said, please, can you move. Then the person said, ‘What did you say you little whore?’and slapped me in the face while laughing,” Natalie describes the incident.

Natalie says that she was shocked and withdrew to have more space. The person who started harassing her was then encouraged by his fellow friends who surrounded Natalie. She thought that they were about to rob her, but instead, they started humiliating Natalie and groping her.

“Then a dark-skinned guy came and sat down opposite me, and another guy opposite him. There were a total of three more guys. When I tried to get out of there, they blocked my way, and then the dark-skinned man started hitting me too. They kept calling me a whore, and I was just trying to protect myself from the beating. I screamed for help and tried to pick up my phone to call 112, and that was when they became fully aggressive. They took my phone and threw it away,” continued Natalie.

When the metro train arrived at Mariatorget station, Natalie tried to get out of the carriage and finally succeeded. She grabbed her bag and her phone and then left the metro train.

“I do not know how I even managed that, but I tried to take a picture of them. But then they came and tried to take the phone away from me. Then, two of the men pulled me down to the ground where they hit and kicked me while I was in the fetal position,” Natalie recalls.

The gang members kept kicking her in the head and ribs while repeating rape and murder threats.

But despite the gang’s harassment in a metro car full of passengers, no one intervened.

“There were about 50 people just watching. No one, absolutely no one, helped me,” says Natalie.

Later, a Swedish man stepped forward and handed over his business card to Natalie, saying that he would testify against the men at a trial.

Natalie also tried to save herself by pointing out the surveillance cameras to the migrants. Then, one of the attackers pointed a finger to the camera and shouted, “Fucking whore”, while laughing.

Natalie said she does not know why no one intervened, but added that more and more people in Sweden are being attacked. The chance that the attacker is a foreigner is quite great, Natalie added, a fact supported by statistics which have tied Sweden’s rising crime rate with its growing migrant population.

“Things that happened to me would not happen ten years ago. I see much more sick and brutal things happening now and, unfortunately, all the foreigners who have entered the country are to blame. You can call me a racist or whatever you want, but I check statistics and take the metro every day. Not that I will continue to take the metro after this, but I see what happens,” says Natalie.

The Samhällsnytt daily has spoken with the regional command center (RLC) in Stockholm, which confirmed that they were notified about an incident in Mariatorget’s metro station after 9:00 p.m. but could not comment on it further. According to the police, no one has been arrested.

The case of Natalie is reminiscent of an incident in July involving three migrant men who beat a Swedish mother in central Uppsula.

As the Swedish public sours on migration to the country, the government, in a radical change in policy, recently joined countries like Austria and Hungary in rejecting migrants from the burned down Moria Camp in Greece.

strong that integration is no longer successful, we risk further problems,” said Prime Minister Stefan Löfven on the topic of accepting refugees.