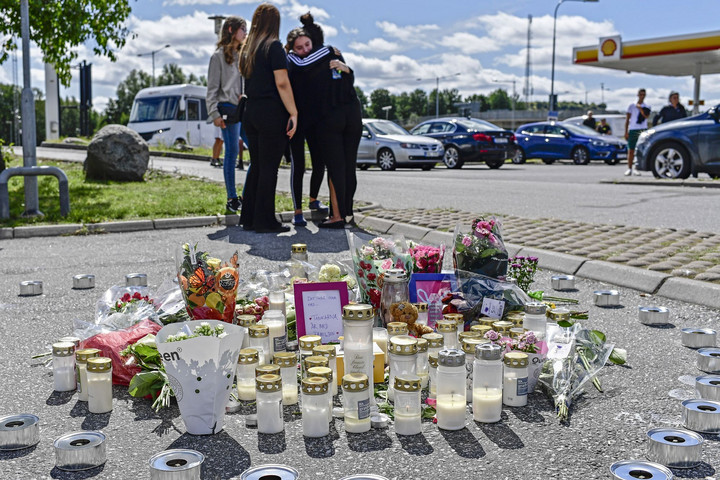 The shooting death of a 12-year-old girl — an innocent bystander caught in a gang war — has again highlighted the Swedish government’s reluctance to admit the connection between immigration and violence and their inability to mount an effective law enforcement response, according to Hungarian daily Magyar Hírlap.

The shooting, which resulted from a street clash between two armed foreign criminals wearing bulletproof vests, happened in the Norsborg suburb of Stockholm. It was the latest in a series of violent crimes, including shootings and bombings, most of them attributed to rival drug gangs, hailing from Syria, Albania, Kosovo, Bosnia, and Gambia.

Sweden is becoming an increasingly violent place and it is clear that the government is unable to maintain order, Gustav Kasselstrand, president of the right-wing Alternative for Sweden (AfS) party, told Magyar Hírlap. He added that the Norsborg shooting was not the first case when innocent bystanders fell victim to uncontrolled gang violence. Swedish Prime Minister Löfven, however, remains silent on the issue.

“The government seldom speaks of the criminality that is the result of its botched migration policy and even if it does, they won’t admit the connection between gang wars and immigration,” Kasselstrand said, adding that the government cannot formulate an adequate response. In his opinion, unless gang members are deported to their lands of origin, gang violence will keep rising.

Stockholm police chief Stefan Hector said that the number of fatal conflicts has been on the rise since 2012 and the rival gangs increasingly use firearms, grenades and explosives.

In 2005, the Swedish Crime Prevention Agency published the only report on the tie between migration and crime. The investigation, which covered 2002 to 2017, focused on seven distinct categories of crime. It found that, “58 percent of those suspect for total crime on reasonable grounds are migrants. Regarding murder, manslaughter and attempted murder, the figures are 73 percent, while the proportion of robbery is 70 percent. Non-registered migrants are linked to about 13 percent of total crime. Given the fact that this group is small, crime propensity among non-registered migrants is significant.”

The category of severe sexual crimes has also seen a dramatic increase, which has been directly tied to migration according to government data and investigative reporting.

In an editorial in Swedish newspaper Aftonbladet, Johan Forssell, MP of the opposition Moderate Party wrote that while the government keeps saying that law enforcement is on the right track, in the first half of this year the number of shootings in Stockholm rose to 61 from 40 in the same period of last year.

Sweden has seen 42 deaths last year and 334 shootings, which represent a dramatic of level of violence for a country that was once known for its astonishingly low murder rate before the 1980s and the rising tide of migration.

While Brussels edition of Politico reported that Minister of Interior Mikael Damberg promised more support to police on behalf of Prime Minister Stefan Löfven, his statement only served as a reminder that the current social-democrat government is halfway through its second term, but has yet to deliver on repeated promises to curb street shootings.

Title image: Mourners at the location of the shooting scene of a 12-year-old victim near Stockholm. (source: AP/TT/Stina Stjernkvist)