28 people died in the boat accident in Budapest 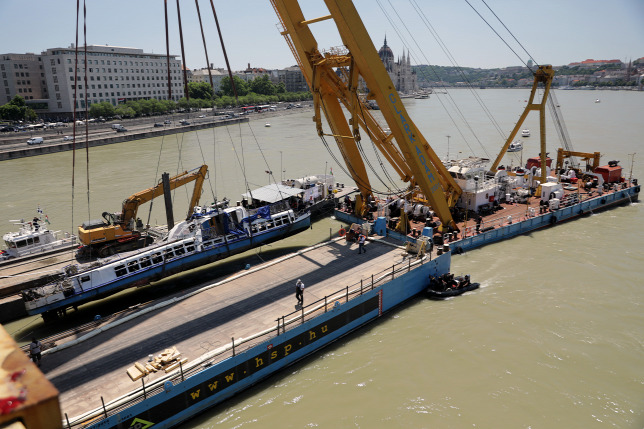 The Swiss owner of the river cruise ship Viking Sigyn refused an out-of-court settlement for the tragic boat accident on the Danube stretch in downtown Budapest which killed 25 South Korean tourists and two crew members last May.

The Swiss-owned river cruise ship, captained by Ukrainian Yuriy Chaplinsky, hit the sightseeing boat just under the Margit Bridge and the much smaller boat sank within seven seconds in the cold water of the Danube amid heavy rainfall on May 29.

The Hungarian owners of the sightseeing boat Hableány, Panoráma Deck Kft, estimate their damages at between 1 and 1.5 billion forints (between €2.97 and €4.46 million) while the families of the victims seek another 300 million forints in compensation.

The legal representatives of the Hungarian company have been attempting for months to reach an out-of-court settlement but complain that the Swiss owner is uncooperative, saying he refused to present the ship’s insurance documents and his attorneys even refused to show the owner’s authorization by which they are supposed to represent their client.

The owner of the Viking Sigyn is a Swiss-registered company whose board of directors is headed by Torstein Hagen, who resides in Switzerland. His lawyers want to move the case to a London court, but the other side would only consider a trial in Hungary, Switzerland or South Korea.

Meanwhile, the captain of the boat, who was previously arrested in Hungary, has been put under house arrest in Budapest.