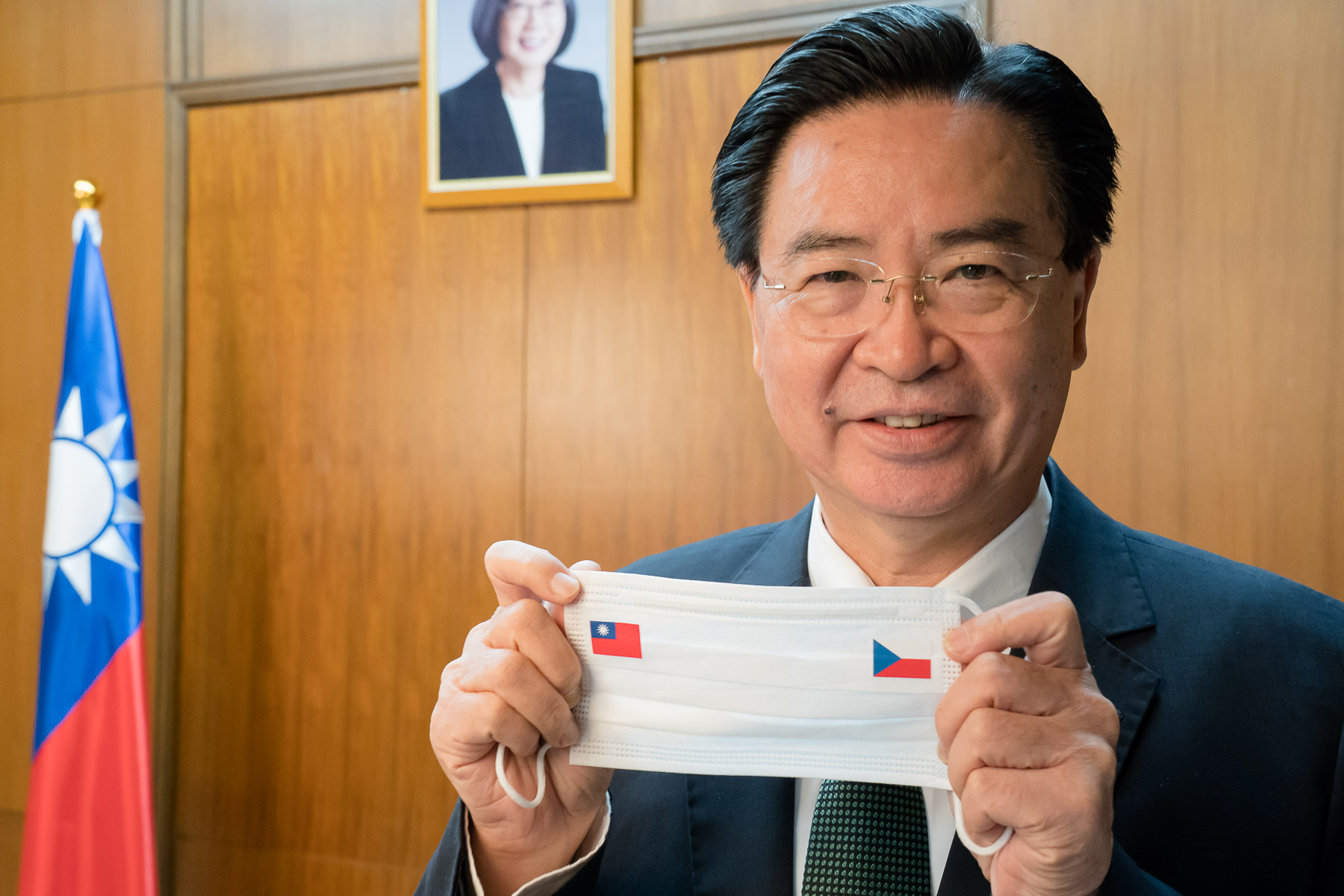 Taiwanese Foreign Minister Joseph Wu showed off a face mask embroidered with the national flags of Taiwan and the Czech Republic while giving an interview to the Czech TV, in which he stressed that the pandemic must not disrupt bilateral relations between both countries.

The foreign minister also talked about the cooperation with the United States and Hong Kong’s national security law.

As Wu pointed out, the Czech Republic is Taiwan’s fourth-biggest investment destination in Europe and both countries also cooperate on several projects, mainly in the engineering and IT industry.

Taiwan has become a hot topic in Czech media in recent weeks as Czech Senate President Miloš Vystrčil, along with a group of Czech representatives and businessmen, plans to visit the country later this month. Wu added that he will also give the special face masks to the Czech delegation during their visit.

As the Czech News Agency reported, the 90-member delegation heading to Taiwan includes eight senators as well as the mayor of Prague, Zdeněk Hřib.

On Vystrčil’s agenda is a meeting with the Taiwanese president, the speaker of the local parliament, and some ministers.

However, Czech President Miloš Zeman and other government officials have earlier criticized the visit. Even Prime Minister Andrej Babiš and Foreign Minister Tomáš Petříček did not recommend making the trip as it could be viewed as a violation of Chinese sovereignty.