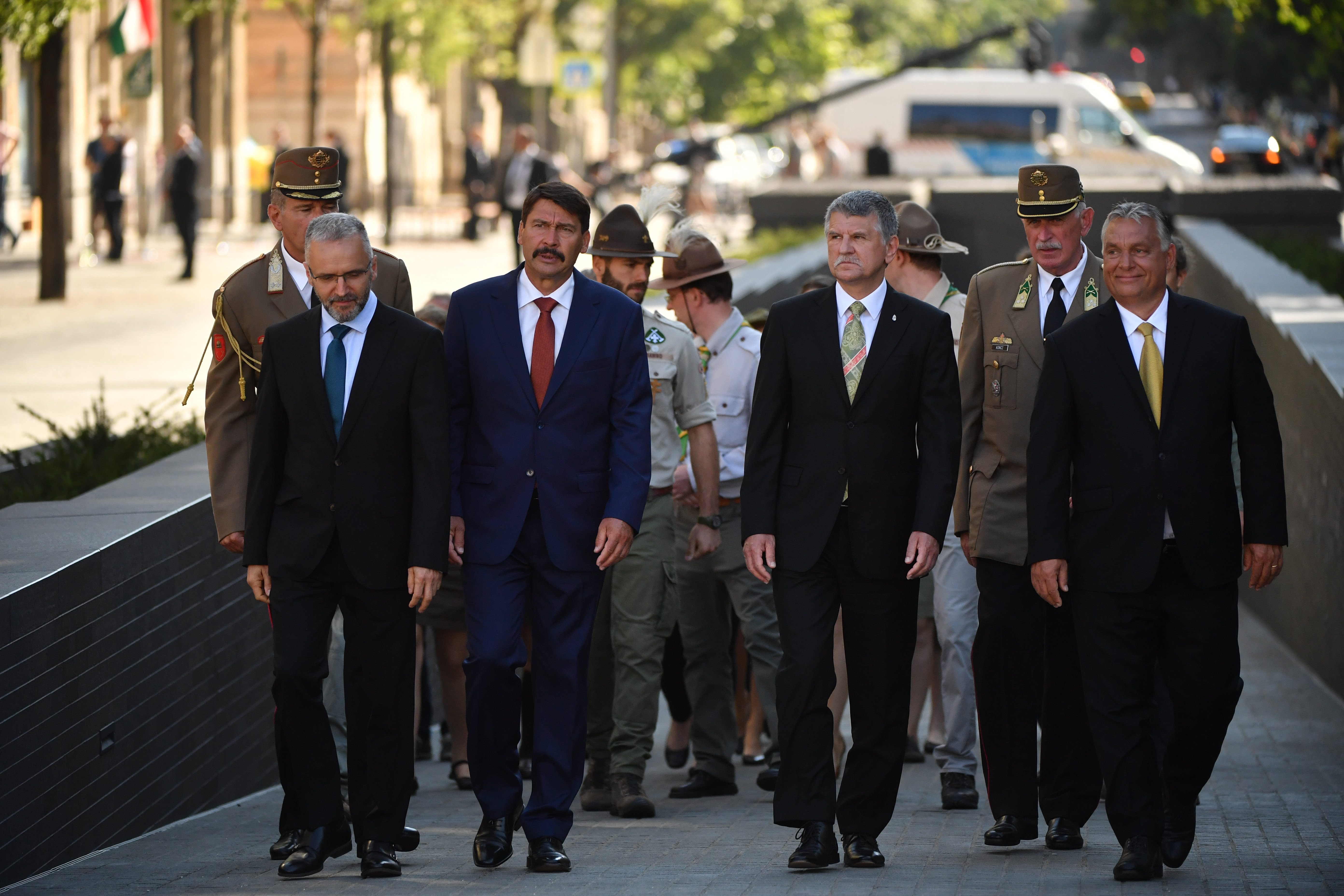 PM Orbán: ‘The West has renounced the power of the nation, the happiness given by family and children, and Christian Europe’

Central European nations want to live in a modern Christian world, and to do so must find the way to cooperate with one another in a manner that will both guarantee sovereignty and contribute to European unity, Prime Minister Viktor Orbán said on Hungary’s national day, Aug. 20 at a ceremony in Budapest.

“For centuries there hasn’t been such a chance for the nations of Central Europe, from the Baltics to the Balkans, to define its own fate under Polish leadership,” Orbán said at the unveiling of the Monument of National Unity in downtown Budapest. “But this lucky constellation will not last forever.”

The monument was scheduled to be officially unveiled on June 4, the 100th anniversary of the Trianon Treaty, but the coronavirus pandemic delayed it and was held together with the traditional oath of the Armed Forces’ new officers on Aug. 20.

Orbán said Western Europe has lost its way and Central Europe must carve its own path, as it cannot wait indefinitely for things to improve on their own.

“We are bothered by doubts regarding the future of European civilization and the countries of the continent are on diverging paths,” Orbán said. “The West has renounced the power of the nation, the happiness given by family and children, and Christian Europe. Instead, they are experimenting with migration, open society and rainbow-colored families.”

He added that neither side of the continent can impose its own world view on the other half, adding that in a world in which neither Europe nor the West as a whole can any longer command the resources of the global economy, Europe must return to a world of “hard work, rational economics and responsible lifestyle.”

Speaking about the fact that Hungary has not only survived the losses caused by the Trianon Treaty but is actually thriving, he said the country can “never again can afford the luxury of weakness.”

Breaking with the traditional format of festive speeches, Orbán enumerated the “seven laws of 21st century Hungarian national policy,” saying the rules are as follows.

Homeland can only exist as long as there are people to love it.

He said “persistence and survival have their own rules, which must be carved on the pillars of the country”.

Title image: Left to right: Hungarian President János Áder (2nd from left), Speaker of the House László Kövér and Prime Minister Viktor Orbán at the unveiling of the Monument of National Unity in Budapest on August 20, 2020. (MTI/Márton Mónus)