One migrant, Aissa Lyousri, also attacked another restaurant in Gothenburg with a grenade in the past 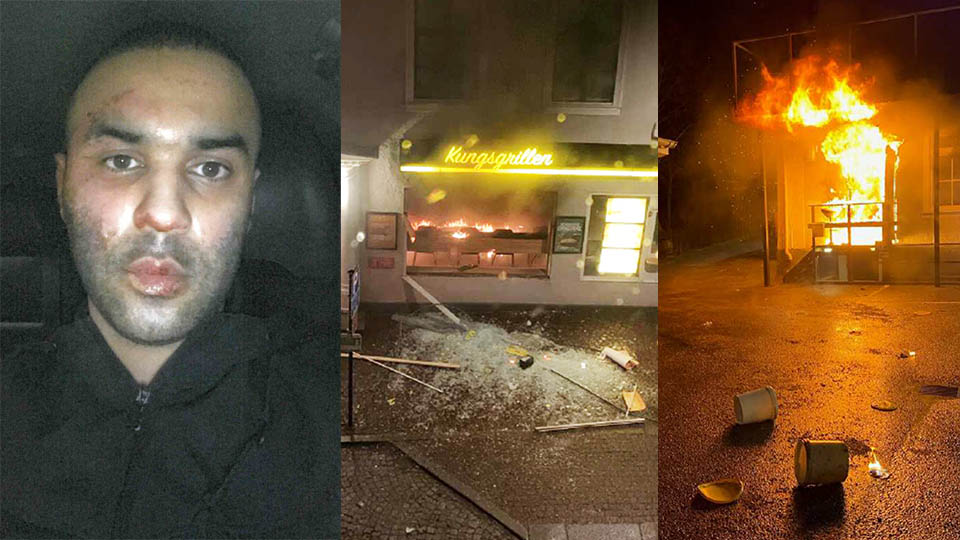 Two Moroccan citizens were sentenced to several years in Swedish prison for arson after they set a restaurant on the first floor of a residential building on fire, but a Swedish court refused to deport them despite the prosecutor’s explicit request.

The 23-year-old Moroccan Aissa Lyousri was sentenced by Skaraborg District Court to four and a half years in prison for a fire that was aimed at a barbecue restaurant in Mariestad. In the past, he has also committed a grenade attack on a restaurant in Gothenburg and was convicted of that crime as well.

The previous grenade attack was carried out by the 23-year-old together with three other Arabs, one of whom is a refugee from Syria. No motive for the grenade attack was ever clarified nor was there any known connection between the assailants and the pizzeria and its owners.

Even though the prosecutor Jacob Tunborg has demanded that both men would be deported from Sweden without a time limit, the court decided that they could stay in the country after serving their prison sentences, Fria Tider reported.

“In an overall assessment, the district court finds that, despite the serious and repeated crime, there are no special reasons to deport Aissa Lyousri and the prosecutor’s request for deportation must, therefore, be dismissed,” the district court wrote in its judgment.

The reason behind this decision is that Aissa Lyousri has lived in Sweden for a long time, and has two children with a woman in the country.

A 28-year-old Moroccan, who was sentenced to four years in prison for the arson attack, may also remain in the country after serving his sentence. He came to Sweden as an immigrant in 2016, has a wife and children in Sweden, and has not been convicted of any serious crime in Sweden apart from this fire.

The grill restaurant that the men set on fire was on the first floor of a residential building. No people were injured in the attack, but an 85-year-old woman was rescued by firefighters who was trapped in the fire. Thanks to the fire brigade’s quick intervention, the fire was put out and no one was seriously injured, however, a cat that inhaled the smoke had to be put down due to the fire.

The 47-year-old Kurdish owner of the restaurant himself was also sentenced to four years in prison for inciting the arson, which is suspected to be an attempt for insurance fraud. He came to Sweden from Iraq in 2007 and became a Swedish citizen in 2013. Therefore, he also cannot be deported.

“I have not decided whether I should appeal against the verdict yet,“ said prosecutor Jacob Tunborg.

Title image: Aissa Lyousri set fire to a restaurant in Mariestad and and threw a grenade into a pizzeria in Gothenburg. (Police)