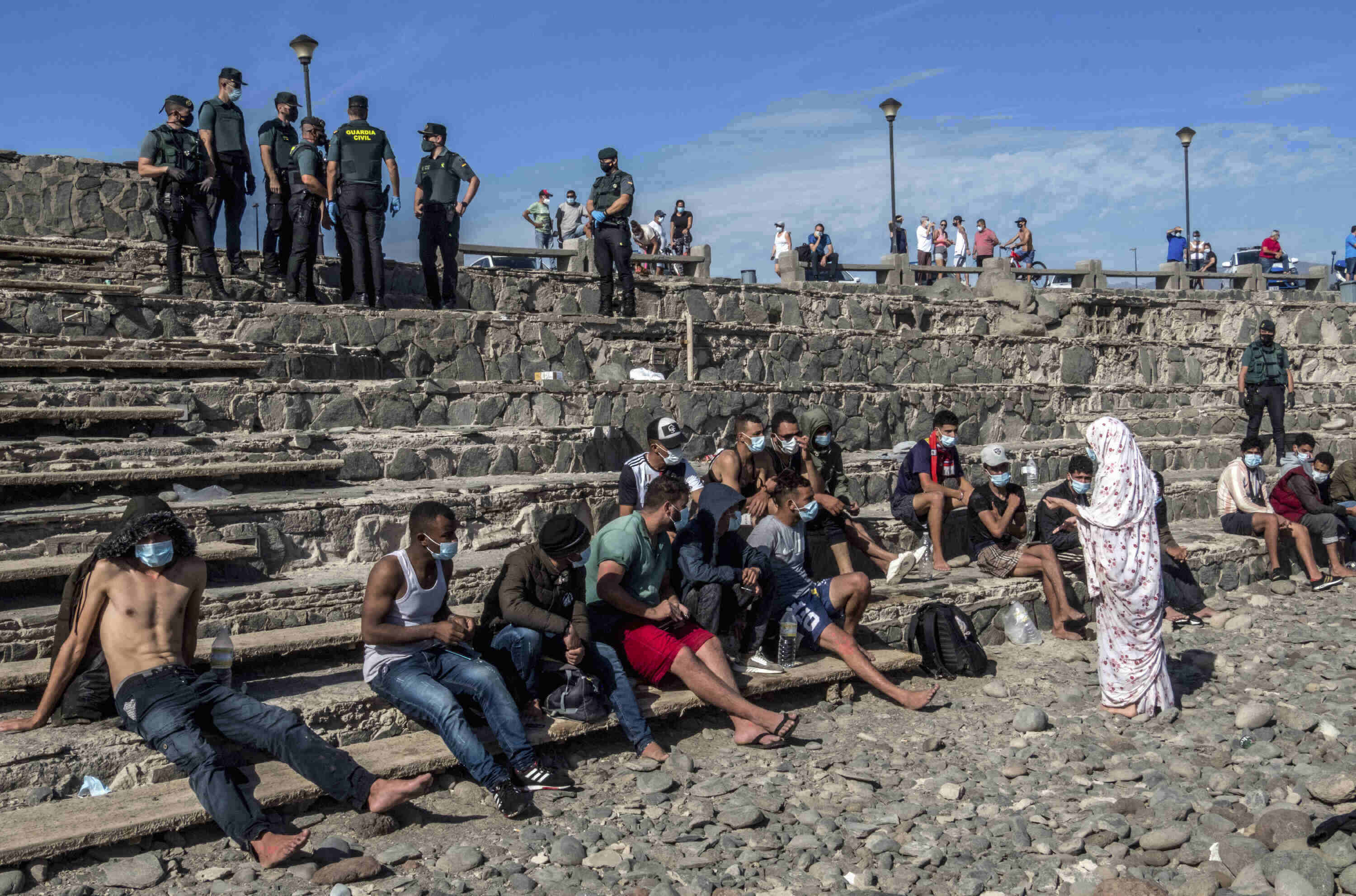 Tensions grow between migrants and locals on Spain’s Canary Islands

The security situation on the islands is deteriorating

The Canary Islands, specifically the island of Gran Canaria, have been on the brink of an outbreak of violence between locals and migrants. Since last autumn, thousands of refugees have been arriving on the island where they have been ever since due to the coronavirus pandemic. This, coupled with the European Union’s inability to solve the wider problem of migration, is leading to a major crisis, according to Focus weekly.

As the number of migrants increases, fierce and bloody skirmishes between locals and asylum seekers are occurring daily. The prosecutor’s office also is investigating a case in which locals on WhatsApp organized attacks against migrants, according to Novinky.cz.

There are currently about 11,000 migrants on the island, most of them living in the capital Las Palma as well as near Maspalomas, a tourist town in the south of the island. Locals say security on the island declined sharply due to migrants. However, the Spanish government rejects such claims and claims that data shows only 45 migrant-related crimes have taken place in the Canary Islands since November.

The Canary Islands have been severely damaged by the coronavirus epidemic. At present, only a fifth of the usual capacity is available for tourists, which typically dominates the economy of the island. Many hotels are closed, which prompted the state to begin renting them out in order to house migrants who arrived from North Africa. Most migrants come from Western Sahara and Morocco.

“Only a minimum of those who arrive are eligible for asylum,” says Javier A. González Vega, a political scientist at the University of Oviedo. Therefore, the vast majority of them are not entitled to permanent residency in the EU.

This holds true for most migrants who attempt to make their way to Europe. In fact, most boat migrants are not genuine refugees.

“Contrary to popular belief, the majority of those arriving in Italy are not refugees. The main countries of origin for boat migrants in January were Algeria, the Ivory Coast, and Bangladesh,” political editor of Germany’s Die Welt, Marcel Leubecher, wrote last year in a piece that detailed that most migrants coming to Europe over the Mediterranean are coming for economic advantages and other benefits and not fleeing for their lives.

The situation on the Canary Islands is frustrating for both migrants and locals. Instead of tourists who would bring money and jobs to the island, there are migrants who are only costing the state money during an economic crisis brought on by the coronavirus and Spain’s traditionally low growth.

Although Antonio Morales Méndez, head of the Gran Canaria province, condemned the calls for violence, he criticized Spanish policy and the European Union’s stance. Some media outlets even call the situation in the Canary Islands the new Moria, referring to the infamous camp in Greece that was burned down last year by migrants seeking to get off the island.

Title image: Migrants, most of them from Morocco, are watched by Spanish Police after arriving at the coast of the Canary Islands, Spain on Monday, Nov. 23, 2020, after crossing the Atlantic Ocean sailing on a wooden boat. (AP Photo/Javier Bauluz)