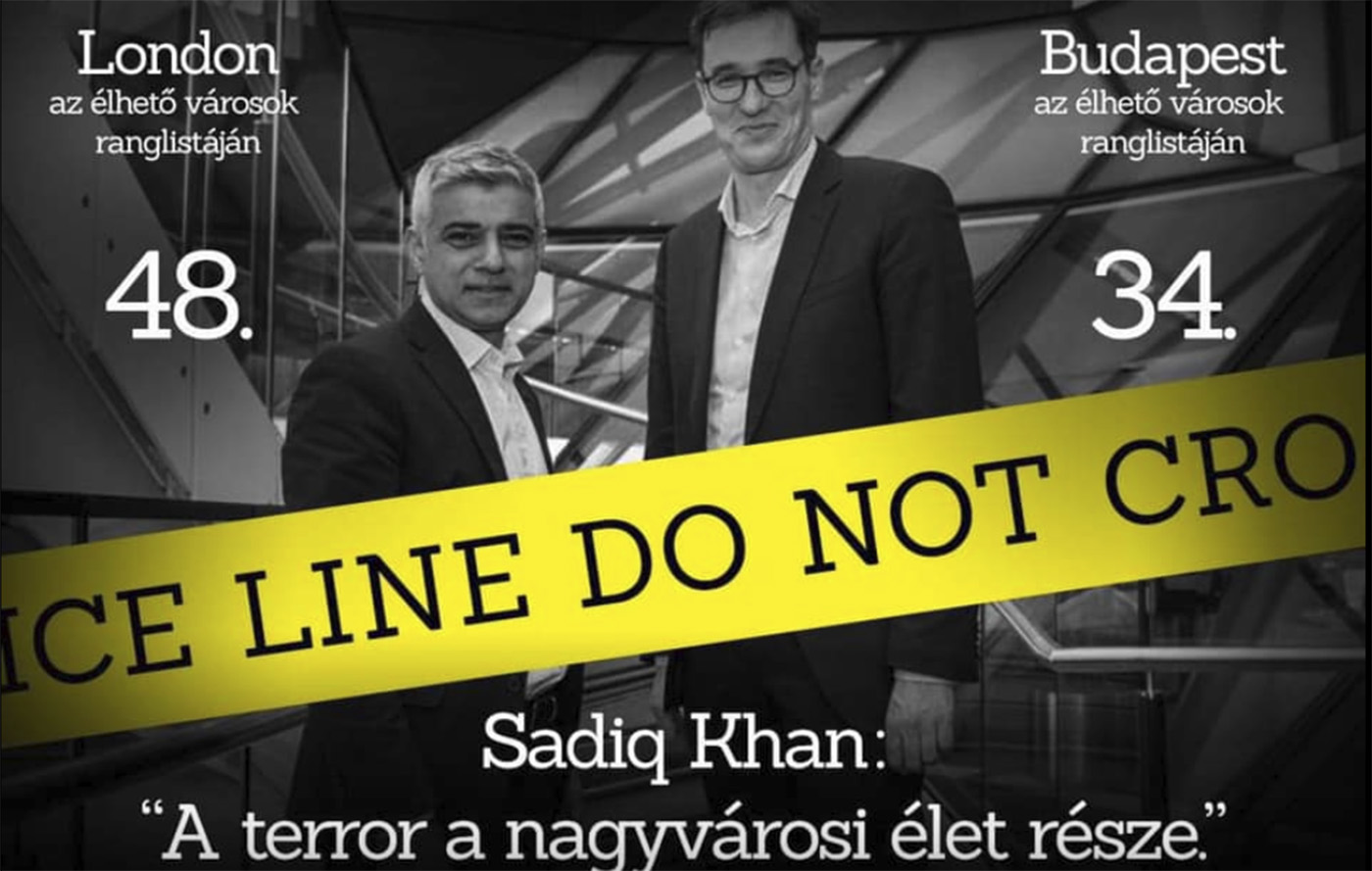 Gergely Karácsony, the liberal mayor of Budapest, has sparked backlash on social media after saying while visiting London that the British capital is a “role model” for the Hungarian one as a “livable city”.

Balázs Orbán, state secretary at the Prime Minister’s office, reacted to Karácsony’s comment by pointing out that public safety in Budapest is not only much better than in London but a number of studies have pointed out that Budapest is more “livable” than London.

“With this statement, the mayor of Budapest has named as a role model a city leader under whose rule London public safety has deteriorated significantly,” Orbán wrote. “This was also confirmed by a BBC article: British public service media reported that 16 of Britain’s 20 most dangerous areas are in London. (…) But knifings are not the only problem in London. The number of terrorist attacks has also increased, Londoners having suffered nine such attacks since 2015.”

Orbán also said Karácsony shouldn’t pick a role model for a city that has a mayor who said that terrorist attacks are part of metropolitan life.

London’s Muslim mayor, Sadiq Khan, famously said that terrorist attacks are “part and parcel of living in a big city”, a comment he was roundly criticized for by many politicians and members of the public.

Many have pointed out that cities such as Budapest and Warsaw belong to countries that have rejected mass immigration from Muslim countries and have suffered no terrorist attacks as a result.

Orbán noted that a study of the Economist Research Unit showed that last year Budapest was 34th on the list of the world’s most livable cities, while London only ranked 48th.

“While I very much love London, as a Hungarian I also want to establish that in 2019, Budapest was more livable than either London, New York or Paris and it also beat every major city in Central and Eastern Europe,” Orbán wrote.

One comment to Orbán’s post poignantly said it was time to have an honest discussion about conservative author Douglas Murray’s book, The Strange Death of Europe, in which the author explores two factors that explain why, in his view, European civilization as we have known it will not survive.