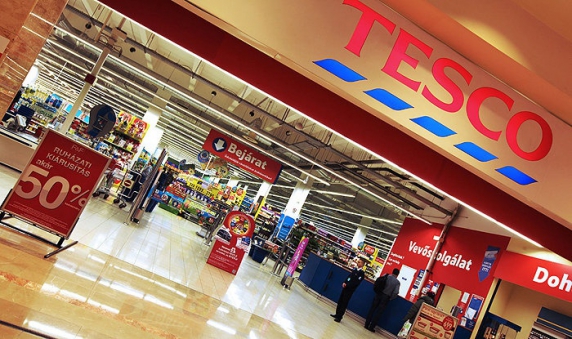 Fresh on the heels of British retail chain Tesco announcing that it was leaving Poland, it announced on Monday that it is restructuring or cutting 700 jobs in its Hungarian stores, financial news portal Világgazdaság reported.

According to the portal, Tesco sent letters to 700 of its employees in seven Hungarian counties, notifying them that their current jobs have been cut or restructured. At the same time Tesco also notified the relevant county labor offices of the change, as required by Hungarian law.

In response to Világgazdaság’s inquiry, Tesco replied that “in order to have more efficient operations that flexibly adapt to retail volume and customer demands, we have decided to pull together certain positions, optimize duty rosters and have offered alternative positions to most of the employees.”

Tesco also said that discontinuing those positions did not mean the end of employment to the affected workers and it hoped that many will accept the alternative positions offered.

“We have been successfully implementing this model in several of our stores because this is the model that best serves the interests of both employees and customers,” Tesco said. In 2015, Tesco closed its Central European headquarters in Budapest, distributing its responsibilities among its units in the Czech Republic, Hungary, Poland and Slovakia. In recent months, Tesco has also reduced the range of products in its Hungarian stores.

On July 14, Hungarian daily Magyar Nemzet reported that Tesco might be selling, in whole or piecemeal, its Hungarian operations.

Last year, Tesco Hungary had sales of €2.18 billion, making it the biggest retailer of fast moving consumer goods (FMCG) in the country, just ahead of German discount supermarket chain Lidl, which for the past decade has been rapidly expanding its local and regional operations. The Central European market only accounts for about two percent of Tesco’s overall sales.