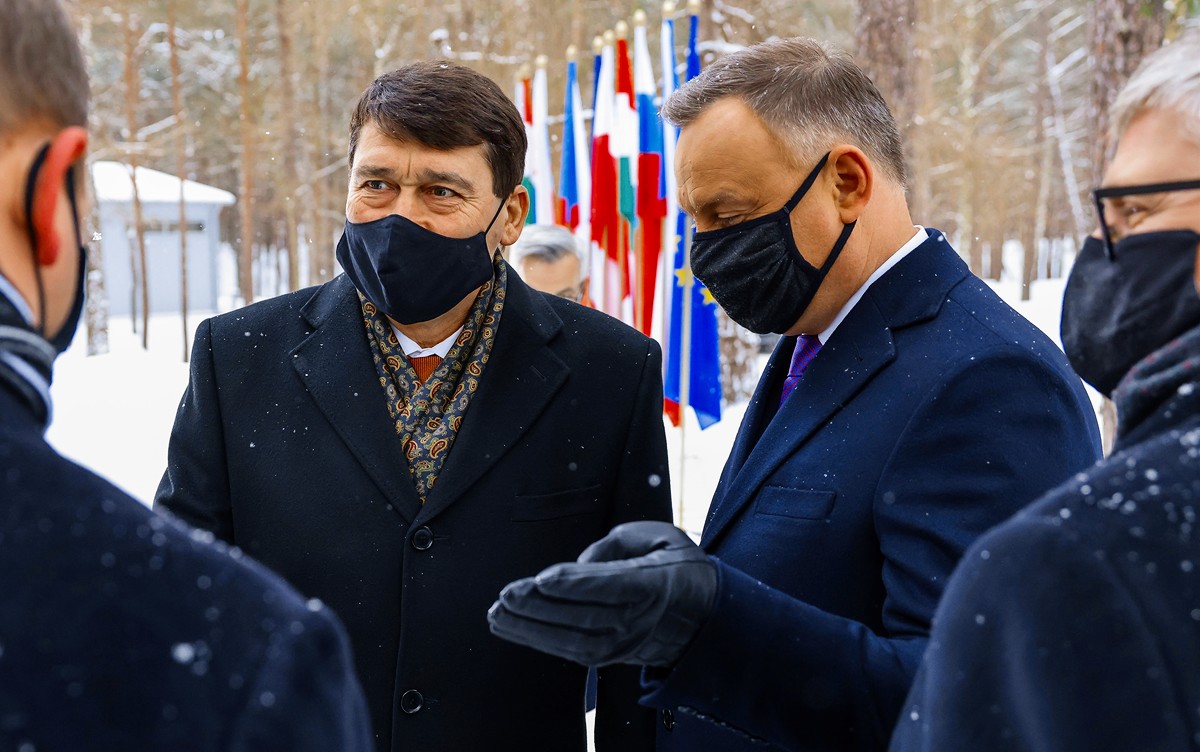 The two-day summit in the residence of the President of Poland in Jurata on the Hel Peninsula was initiated by a ceremony in which Andrzej Duda officially welcomed presidents Milosz Zeman, Janos Ader and Zuzana Czaputova. The meeting marks the beginning of the commemoration of the 30th anniversary of the Visegrád Group.

Yesterday, during the first plenary session, the presidents discussed European and trans-Atlantic cooperation. Duda stated that the V4 is an “essential, if not the most essential, factor which catalyzes regional cooperation in the whole of Central Europe.”

According to the Polish president, the states and nations which comprise the Visegrád Group have “undergone a fundamental generational change in the historic, political, economic, and social sense. They constituted and continue to constitute a common cultural-idea ring and a common ring of memory concerning the dramatic events of the 20th century and the evil of two forms of totalitarianism.”

Duda emphasized that this is why the cooperation initiated in 1991 aimed to create a political dialogue platform whose main goal would be the coordination of the actions of the region’s countries towards memberships in NATO and the EU.

“We achieved this goal by joining the process of uniting Europe and the Western world,” he said.

During a break in the deliberations, the presidents revealed a plaque commemorating the 30th anniversary of the Visegrád Group.

At the second plenary session, the participants of the conference discussed economic recovery after the pandemic. On Wednesday, a third session will be held concerning the issue of energy security and climate policy.

Poland is currently holding the V4 presidency since July 1, 2020 and will end its term on June 30, 2021. Hungary will take over the presidency after Poland.

The Visegrád Group is the informal regional cooperation form between Poland, Czechia, Slovakia and Hungary, which was established in 1991.