The beheading of Christopher Columbus is a declaration of war

Celebrities applaud a career criminal and a future without police all from the comfort of their secure homes, writes Hungarian columnist Bence Apáti 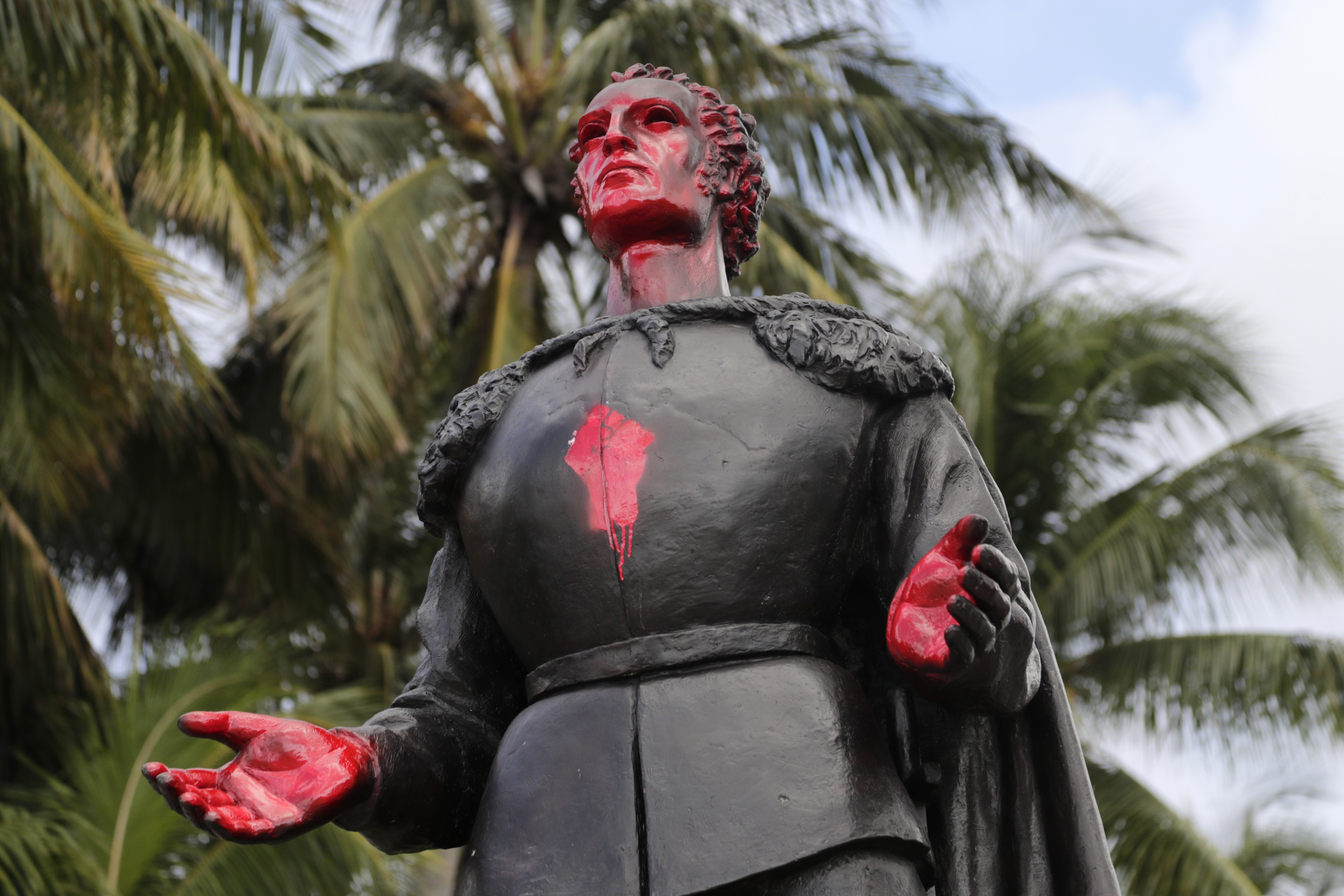 The George Floyd protests have taken on an entirely new quality, effectively turning the demonstrations into a war waged by neo-communists on all those believing in traditional values, Bence Apáti, columnist of conservative Hungarian daily Magyar Nemzet writes.

Greta Thunberg, the hyperactive, truant goddess of the new communists has met her demise. Her former acolytes have found a new object of veneration, and Greta’s image, carefully constructed at a cost of many million dollars, has been rendered virtually obsolete — at least for now.

No, her followers didn’t all of a sudden realize that she does not have a single original thought, and they also have not suddenly expressed skepticism that her billionaire fans have burned millions of liters of jet fuel just to meet their saint in person.

The simple fact is that there is now a new star in the red-green movement that has displaced Greta.

Their new star is convicted former inmate with several counts of violent crimes, and who once even robbed a pregnant woman in her home at gunpoint: none other than George Floyd who died with the powerful opiate fentanyl and speed in his system.

He is now being venerated by actors, Youtubers and influencers who lead their secure lives at a safe remove from the crime-infested neighborhoods and have enough free time to endlessly worry about ‘equality’, a term that none of them seriously apply to their own privileged lives.

Or at least they are worried enough about equality for the ten minutes a day it takes to post a comment on social media.

These affluent anti-racists communists then lean back in their lawn chairs with a drink in hand, acknowledging with deep satisfaction that Alejandro and Pablo are keeping their hedges neatly trimmed, Rodrigo is mowing the lawn, and Deshone and Dylien, their two burly, armed security guards are duly protecting their large estates surrounded by formidable walls.

Meanwhile, these same social justice warriors continue to celebrate any news about the disbanding and defunding of police forces. These millionaire actors and influencers have probably only seen the neighborhoods of George Floyd in movies, only occasionally sending their home staff to pick up a few grams of drugs from these locales.

We never could have imagined that we would feel nostalgia for the Thunberg-phenomenon, but we do. At least little Greta was not a criminal and was maybe even well-intentioned. On account of a criminal who died during a police intervention, the mobs are now destroying the statues of people compared to whom George Floyd was a nobody. They are calling for Gandhi statues to be removed in Britain, Soros-financed mobs defile the statue of Winston Churchill and several statues of Christopher Columbus have been beheaded in the Unites States.

Meanwhile, the liberal elite is applauding them on, at least as long as it is not their homes that are being ransacked or set on fire. Today, it is only the statues of past great figures, but tomorrow they may begin burning books, and the day after tomorrow, anyone born white and not voting for the anarchist left will have cause for fear.

Title image: A statue of Christopher Columbus is shown vandalized at Bayfront Park in Miami, Thursday, June 11, 2020. Miami police say that several people were arrested for vandalizing the statue of Columbus and Juan Ponce de LeÃ³n during a protest Wednesday. (AP Photo/Lynne Sladky)