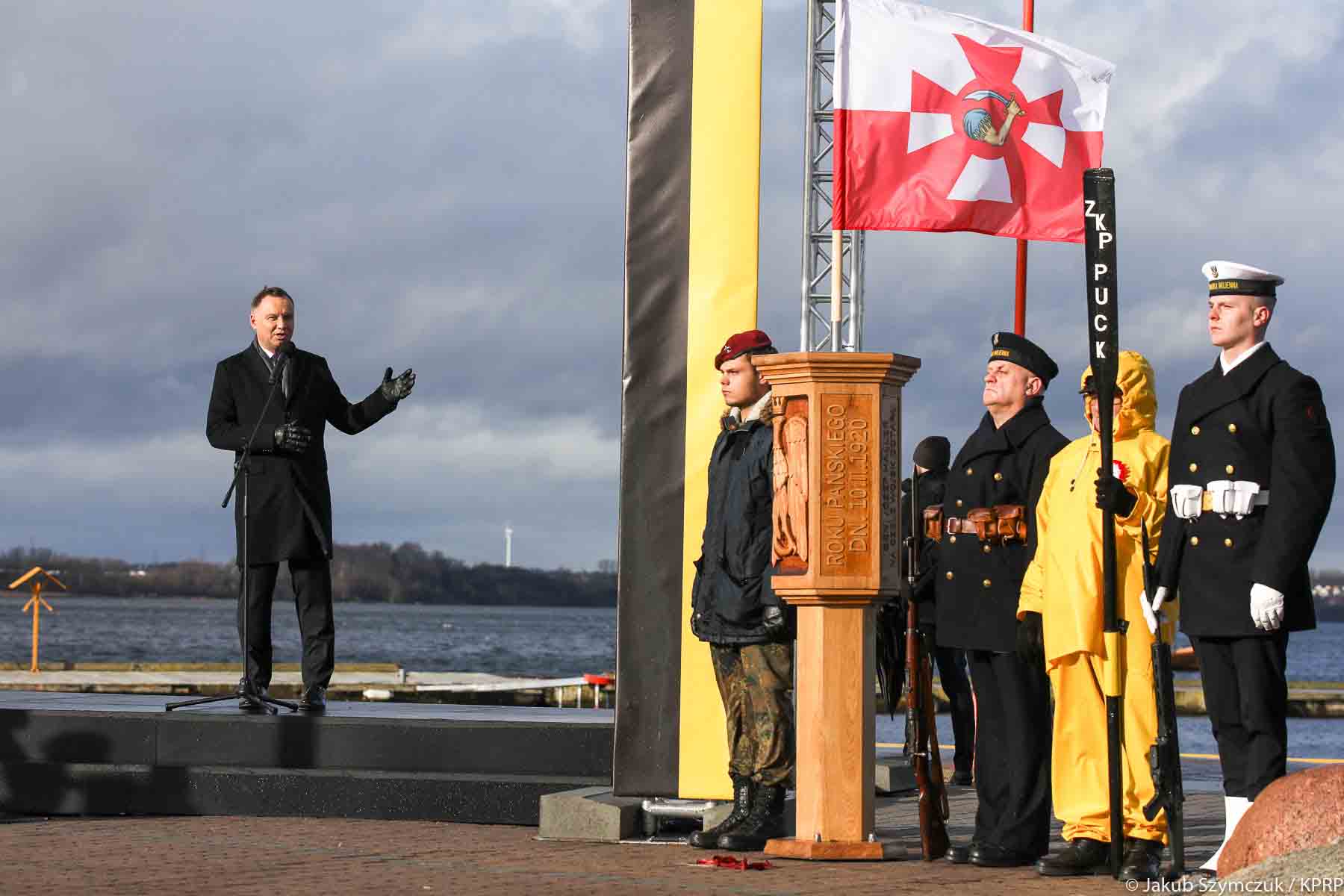 “A fundamental part of this new Poland was Gdynia, where construction began right after Poland returned to the Baltic. Owing to this, it was possible to develop our state and begin exports. The oceans and seas of the world opened for our sailors and our navy,” he said.

Duda paid his respects to the Kashubians, the native ethnic group of the Pomeranian region, who fought and bled for Poland. He stressed the suffering of the people, thousands of whom were murdered in the Stutthof German concentration camp.

The president underlined that their struggle to regain and rebuild Poland and Polishness was “the greatest testimony” to how much they were “the sons and daughters of this land.”

“I would like to bow before Pomerania, the Kashubians, the people of this land, the generations and graves of those who fought for Poland and Polishness here,” he declared.

Duda spoke of the people’s unwavering loyalty to Pomerania, Poland and the Baltic owing to which they could all “stand together on the Polish coast” and together sing the Polish anthem.