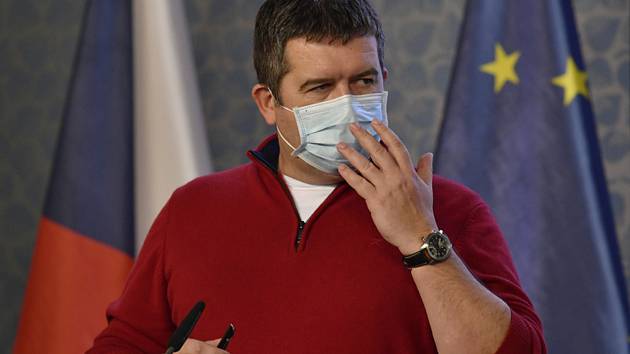 Czech Interior Minister Jan Hamáček said that the European Commission is not involved enough in plans on the relaxation of border controls in an interview for Lidové noviny where he also added that the lack of coordination is proof of a certain level of “immaturity” of the relatively new European Commission led by Ursula von der Leyen.

“Even though conditions in the member states still vary widely, all Europeans rightly ask themselves when and in what order the confinement measures can be lifted,” said von der Leyen when presenting EU recommendations for the release of coronavirus measures in mid-April.

However, according to Interior Minister Hamáček, the European Commission is not very vocal in the debate on the relaxation of measures at the internal borders. Therefore, European ministers and prime ministers prefer to rely on bilateral talks rather than on Brussels. According to Hamáček, the scenario from the beginning of the pandemic repeats itself.

“Countries have begun to respond to the onset of the crisis at their borders. It was up to them. The EU made no attempt to coordinate the approach to the border closures. In this regard, the European Commission has surrendered. Now, when borders are about to be open, I would expect that there will be some effort to moderate the debate, but national governments are the ones dealing with this matter once again,” said Hamáček, who is sure there is room for improvement.

According to the interior minister, there is a certain level of “immaturity” behind the uncertainty of the relatively new Commission led by von der Leyen since December 2019.

As another example of the shortcomings of the Commission, Hamáček pointed out the unclear division of responsibilities between Home Affairs Commissioner Ylva Johansson and Health and Food Safety Commissioner Stella Kyriakides.

“They do not have fully clarified competencies. During the Council of Ministers, it is evident that the communication between them does not work,” Hamáček said, sharing his experience from EU negotiations.

However, he does not consider himself to be an opponent of the EU. On the contrary, he thinks that the coronavirus crisis revealed how important the Schengen Area is for some European countries.