‘The EU will end badly if European countries do not face the pandemic together,’ says former Italian PM Romano Prodi 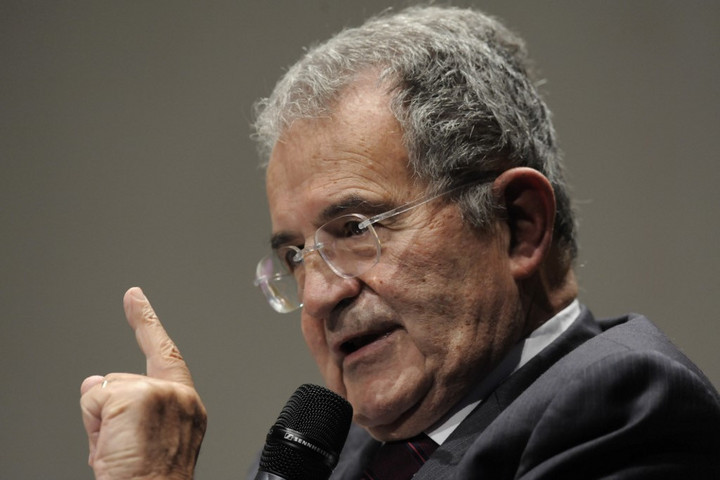 It seems that even the coronavirus pandemic will not be enough to wake up the European Union leaders in Brussels, who continue to play for political survival, former European Commission (EC) President Romano Prodi said on Monday in a series of online interviews given to various media outlets.

“That Europe is divided and has trouble making decisions is not a new problem. All the European institutions have seen their role reduced in recent years while that of the countries has increased. The only strong body is precisely the one that is not democratic, the European Central Bank,” Prodi said from home while he maintains self-isolation measures.

The 80-year-old, two-time Italian prime minister and European Commission president from 1999 to 2004, is also an economics professor, hence his nickname in Italian politics: “Il Professore”.

Prodi warned that Germany and the Netherlands “are playing with fire” with their position on the crisis.

“The Netherlands is in charge of proposing theology and Germany is putting it into practice. They make a good policeman and a bad policeman, although it is not clear here who is the good one. It is a team effort,” he said. “Do we really want to spoil the advantages that Europe gives us all? If we continue in this direction, we will provoke an anti-German, anti-Dutch or anti-Italian reaction, depending on the country. If we do not face this situation together, we will all end badly.”

Speaking about issuing eurobonds to help the Union weather the crisis and safeguard its economy — an idea promoted by Italy, France and Spain but opposed by northern European states — Prodi said that it seems the only viable solution.

“When we created the euro, it was very clear that the single currency could not exist without eurobonds,” Prodi said. “The economic problem requires quick action. It is essential that aid reaches companies as soon as possible. It is better to go into debt now than to do it later, when it may be too late.”

Asked about the issue of restrictive measures versus human rights, Prodi said this crisis fully warranted the measures.

“Fundamental citizens rights are suspended only when there is a human necessity. And now there’s certainly such an issue. There’s pestilence. When this issue gets sorted out, fundamental rights should be fully restored,” Prodi said.

Other commentators have raised concerns about the EU as well during the virus. One prominent Italian news editor wrote that “the EU had completely failed Italy” while Poland’s former finance minister said that Italy had been abandoned by the EU.

The current Italian prime minister, Giuseppe Conte, has also predicted the EU will “die” due to its poor response to the coronavirus.