Four foreigners have been expelled from the country 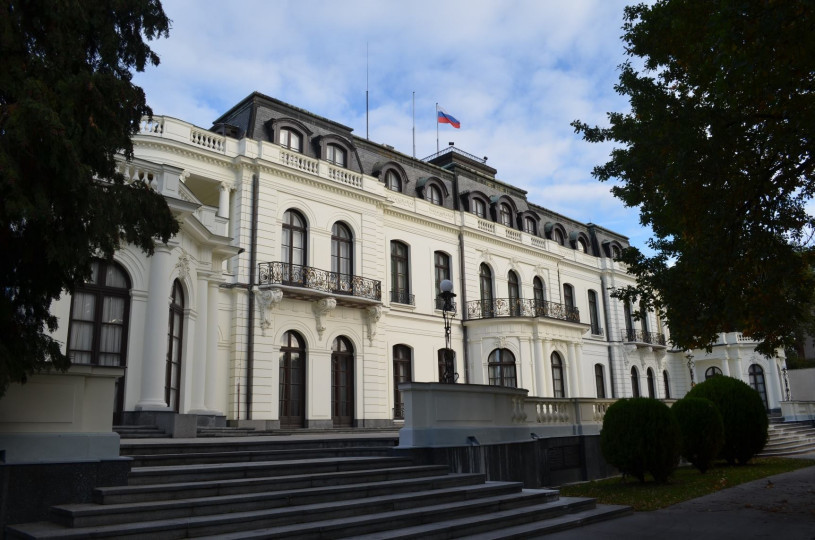 The Czech Republic has expelled four foreigners who were staying in the country without a permit and living in houses used by the Russian Embassy in Prague.

On Monday, Deník N reported on the news, adding that the responsible embassy worker faces a fine for accommodating foreigners and not reporting their stay.

Deník N wrote that the Czech police detained four foreigners in apartments used by the embassy two weeks ago. All four of them were staying on Czech territory illegally.

The embassy workers reported none of them to authorities, which the police described as a misdemeanor. According to the daily, the responsible embassy officer may face a fine of several thousand crowns.

Based on intergovernmental agreements, Russia is using several properties in Prague, which, according to the register, belong to the Czech state.

According to the contracts, the embassy should use those properties to accommodate its diplomats. Still, earlier this year, Deník N pointed out that the embassy also rented apartments to third parties.

Due to the news, the Czech foreign ministry summoned Russian Ambassador Aleksandr Zmeyevsky to explain Russia’s actions. Czech diplomats pointed out the problem of how the Czech properties were used by the embassy staff member. The Russian side was asked to address the matter and in August, Russia withdrew embassy worker Alexander Terentev from Prague.

Despite Russian assurances, it appears the country has not stopped unauthorized use of the Czech property.