Liberal opposition creates a pact in opposition to central governments 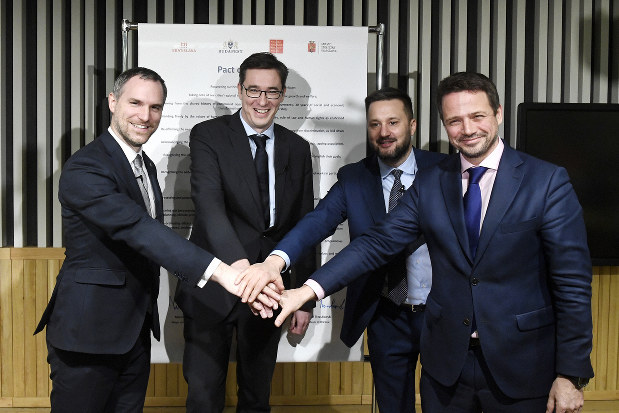 In the Hungarian capital of Budapest, the mayors of Prague, Bratislava, Warsaw, and Budapest signed a pact on mutual cooperation that may present a challenge to conservatives.

At a national level, all four of them are part of the opposition, so the signing of the agreement has become a symbol of their opposition to the ruling conservative central governments.

In an attempt to show a liberal face of Visegrad, they are seeking to align themselves with an EU that supports open borders and liberal values.

“It’s the beginning of a beautiful friendship,” Budapest Mayor Gergely Karácsony said according to news portal ihned.cz, referring to the legendary phrase from Casablanca.

Despite the alliance, each mayor has their own reason for joining the pact.

The pact is much more important for the leaders of Budapest and Warsaw than for their colleagues in Bratislava and Prague. In the case of the initiator of the whole meeting, Karácsony, the pact is part of a direct strategy of political survival against Fidesz.

It is also an attempt for Budapest’s mayor to obtain money from the European Union. The Hungarian Parliament is preparing a law that would limit the finances of large cities, which in October largely fell into the hands of a united opposition. That is why Karácsony’s activity towards Brussels is important for the opposition. It will show whether he has a chance to succeed or not.

For Mayor Rafal Trzaskowski of Warsaw, the pact is important for environmental protection, which he believes the government ruled by conservatives ignores.

Trzaskowski talked about the need for V4 capitals to raise money directly from EU funds. So far, the not-so-successful mayor of Warsaw sees the pact as a way to point to some kind of symbolic victory during his term.

On the other hand, the Czech Pirates, represented by the mayor of Prague, Zděnek hřib, are enjoying a successful term. Their electoral support is growing, and Hřib also succeeded in the eyes of the voters after the recent termination of the partnership agreement between Prague and Beijing. He knows very well that foreign policy brings plus points.

The mayor of Bratislava, Matúš Vallo, is in a completely different situation.

With the support of the opposition, he won the local elections in 2018. The largest governmental party, Smer-SD, decided not to have an enemy in Bratislava before the February 2020 parliamentary elections. Therefore, Prime Minister Peter Pellegrini, among other things, promised €10 million in investment to Mayor Vallo.

The mayor of Bratislava, therefore, is not in direct opposition to the government and is largely doing an independent policy concentrated on the city. With his signature, he rather symbolically supported colleagues whose motivation for cooperation is different. 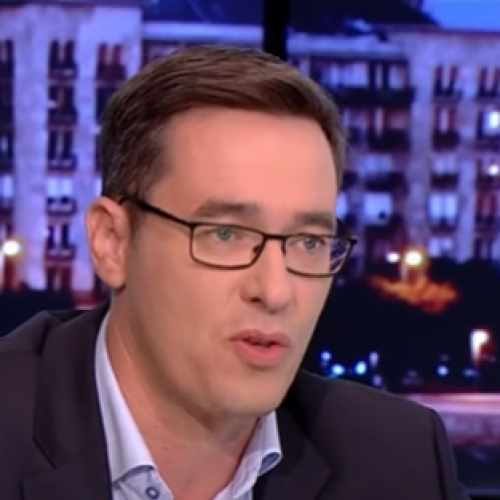