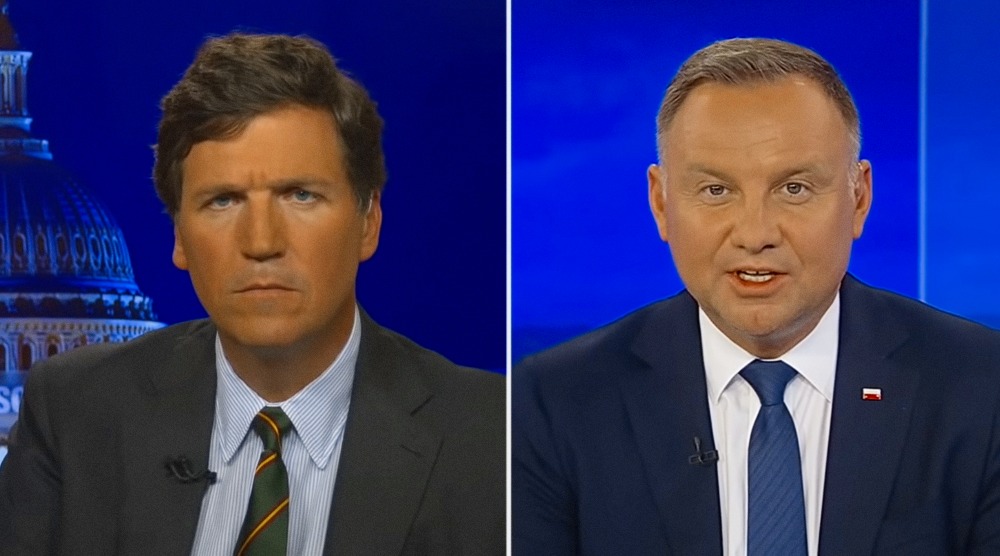 In the interview, Duda reminded viewers that in 2015 Poland had rejected the migration quota project forced by Germany.

“We stated very clearly that if someone wants to come to Poland and looks for support or aid, we will give them that help. Nevertheless, we opposed the forced transfer of people to Poland,” he said. The president also emphasized his “rather conservative” views and declared that he was a practicing Christian and was pro-life.

The interview was uploaded onto YouTube and reached more than 1.3 million views and over 7,600 comments (as of Friday morning) within a few days. The vast majority of the comments are incredibly positive and praise both Poland and the Polish president.

“Funny Biden accuses Poland of being authoritarian as the President of Poland freely answers questions by foreign media and Biden isn’t allowed by his EU, China, globalist handlers to answer even the American press who actually cover for him. It’s all so disturbing and disgusting,” wrote one person who received more than 5,000 upvotes.

“Sadly, the Polish President sounds like more of a patriot than our own President,” wrote another.

One user emphasized Poles’ strong belief in values and family: “I had a Polish friend and I must say, he had very strong values, cared for his family and friends and made an effort to visit his homeland every year.”

Another user also shared their good experiences with Poles abroad and highlighted the importance of family to Polish culture: “I absolutely adore the Polish people. I have been very fortunate to grow up with polish immigrants living next door and I have always been amazed at their work ethic and family values! Long live Poland! A true and valuable ally!”

Some commenters were impressed by the fact that the Polish president did not need help while responding to questions – “And yet another president who doesn’t need a teleprompter.”

“The Polish are now showing more intelligence than our own government, or our government has no interest in protecting USA,” stated another person. Several users also declared that president Duda was a true patriot and appreciated the honesty in his responses during the interview.