“You always believed love was stronger than death. That’s right. In love, in good deeds, in a just Poland, better Europe and increasingly noble world, you will always be present,” Mateusz Morawiecki posted on social media 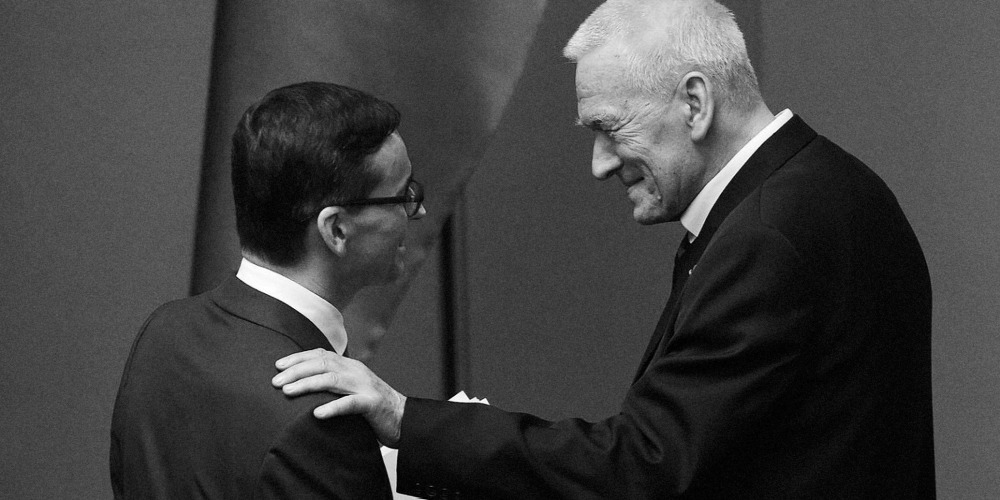 Two years ago, on September 30, 2019, Kornel Morawiecki passed away. He was a renowned anti-communist activist, years-long leader of the legendary anti-communist Fighting Solidarity, former Senior Marshal of the Sejm and the father of Prime Minister Mateusz Morawiecki. Just prior to his death, President Andrzej Duda awarded Kornel Morawiecki with the highest state distinction – the Order of the White Eagle.

On the second anniversary of his father’s death, Mateusz Moawiecki posted a touching entry on social media about his father.

“Dad, I write to you this letter on the second anniversary of your passing,” the letter begins.

“Remember when you taught me how to ride a small bike? I was four years old back then. You gave me the bike but didn’t attach two small wheels which are usually added to children’s bikes. You told me ‘Learn to ride like adults’. I was angry because there was more falling over and grazed knees than actual riding. This is how it always was – you put forward hard challenges. But the mere undertaking of those challenges was often a victory in your eyes. Thank you for your love combined with the toughening of character. For your understanding combined with high expectations,” the PM continued.

Mateusz Morawiecki pointed out that while his existence with his father had ended, it was also everlasting in a certain way. Just like “there is an infinite amount of time in an hour,” so did Kornel Morawiecki’s spirit release and continue to release an infinite amount of fruit “in the field of freedom, solidarity and justice. In the field of searching for a new and better world.”

“You always believed that love was stronger than death. That’s right. In love, in good deeds, in a just Poland, better Europe and increasingly noble world, you will always be present. You will be deep in it. Your seed has already borne a bountiful fruit,” the post reads.

At the end of his letter, Morawiecki attached a fragment of a poem by Polish wartime poet Krzysztof Kamil Baczyński.