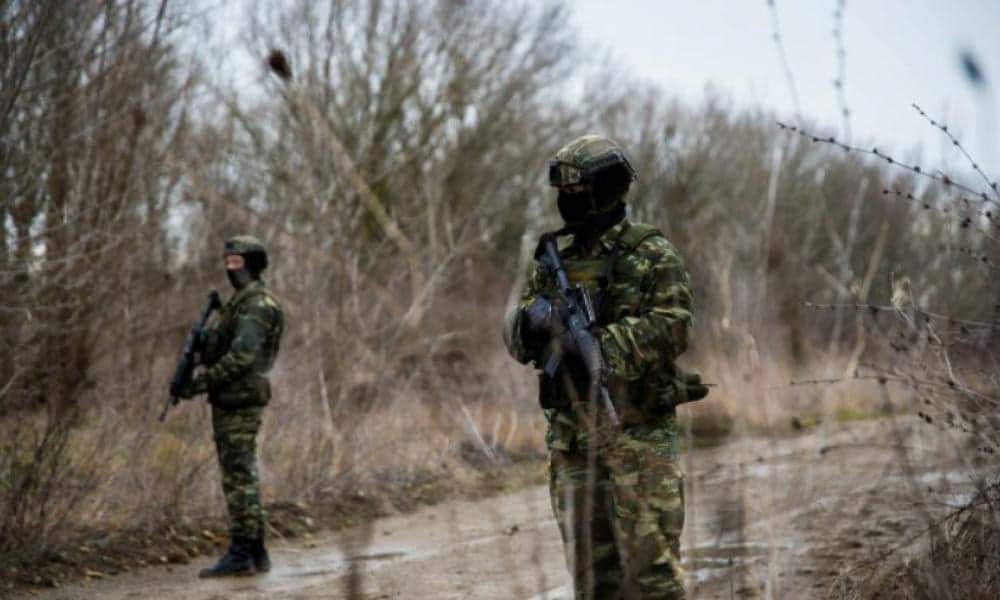 In an incident that is sure to escalate tensions between Europe and Turkey, a Turkish soldier shot at a patrol of German and Greek Frontex police officers on Tuesday evening at the Evros river at the Turkish-Greek border, according to a spokesman for the German Federal Ministry of the Interior.

According to Der Spiegel, authorities report that the Turkish soldier fired an automatic weapon in the direction of the Frontex officers at 7:15 p.m. near the Greek town of Tychero. The Frontex patrol quickly took cover after the weapon was fired at them.

The Turkish soldier who fired at the Frontex border patrol was identified by German border guards using binoculars.

After firing his weapon, the Turkish soldier then showed his right middle finger and went back to his tent. Shortly thereafter, six more Turkish soldiers appeared and once again aimed their weapons at the German and Greek border guards.

No one was injured in the shooting and Frontex officers did not return fire, but it underlined the highly dangerous situation that still exists at the border.

The German interior ministry also indicated that there was a “mirror” report of the incident, underlining that other witnesses confirmed the shooting from the Turkish side.

The German interior ministry said they are still investigating the circumstances of the shooting. A spokesman for Frontex headquarters in Warsaw said the Greek authorities are currently investigating the incident as well.

Relations between Frontex and Turkey are already tense after an incident in March where two Turkish planes were reported tracking a Danish reconnaissance jet commissioned by Frontex for several minutes. Germany condemned the action as an aggressive act on Turkey’s part and part of a broader campaign of Turkey’s to antagonize Europe.

At the end of February, Turkish President Recep Tayyip Erdoğan announced that the borders to Europe were open and said that the country’s estimated 4 million migrants could now enter Europe. Thousands of migrants tried to cross the border with Greece, resulting in repeated riots and incidents of arson. Greek security forces used tear gas and water cannons against migrants to keep them from crossing.

Germany’s Federal Intelligence Service (BND) reported that Turkish agents were fueling the riots and actively transporting migrants to the border.

Citing coronavirus concerns, Turkey has since withdrawn migrants from the border with Greece but Turkey’s interior minister has warned that they will be back once the crisis is over.

Frontex is the European border and coast guard agency responsible for protecting the EU’s external borders.